Trending Now
A “widow’s” lamentation and lessons for RCCG, others...
God’s word: A case for non-English speakers in...
Adeboye: Some women consider it privilege to sleep...
Despite challenges, God has been good to Nigerians...
Writers save lives, solve problems says Omotosho @...
Prince Harry’s book that hit 1.2m sales in...
Ex-Apola king, Idowu Animasawun celebrates 85th birthday with missions...
Nigeria can’t make progress if the Church is...
Peter Obi: I have not promised I will...
2023 elections and the imperative of divine timing
Home News My shocking finds in some Anglican churches years ago- Gbile Akanni 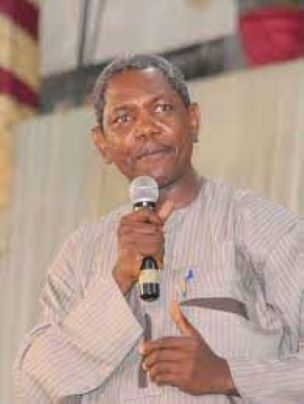 My shocking finds in some Anglican churches years ago- Gbile Akanni

Founder of Peace House, Gboko, Bro. Gbile Akanni has recounted his experiences of two Anglican churches he visited many years ago as a young preacher.

Akanni in one of his messages sighted on YouTube said after his encounters in those churches he concluded that it is possible to be in ministry and not know God whose work you are doing.

Bro Gbile as he is fondly being called apparently was preaching in an Anglican setting when he recalled the incidents. He said he was taken aback by what he saw in those two churches located in Oyo state.

What he saw set him thinking about the church and his life.

He said when he got to the first church, it was under lock. He and his partner had to wait for the priest in charge. The villagers around encouraged them to wait that the service would soon start

Not long after, he spotted a man carrying a keg of palm wine on his back trekking toward the church. He soon discovered the person was the man in charge of the parish.

What was shocking was the man was dead drunk as recounted by Bro Akanni.

‘ I discovered that he was drunk. But he still went ahead to conduct the service. And he conducted it so well that there was no error. He read the psalms and all the promptings in the churchman book very well.

Akanni’s encounter in another Anglican church was worse. He said after the service he had a leading to visit the vicar of the church at home.

But the priest declined and said there would be no need. The man went home ahead of him. As soon as Bro Akannni was through with the counseling of people who gave their lives to Christ he decided to visit the priest.

When he got to the house of the priest he was surprised to find that the man who had just left the church as the vicar was an IFA (deity)  priest.

Akanni said, “By the time I got to his house I saw him getting ready to make consultations with Ifa. Some people were already waiting for him. He was surprised to see me. And was quite furious.

Akanni recalled his own father was an IFA priest. He said he could recollect that it was difficult for his father to surrender to Jesus because pastors were coming to him for power.

He said the priest in question was making the same incantations he used to hear his father make.

The Peace House founder then reasoned that there are many people who worship God but do not know the God they worship.

He said those findings shocked him that he had to confront the then Anglican Bishop of Ibadan Diocese wondering why they should allow people who had not experienced God to manage churches.

The bishop simply told him ‘ that is what you get when people who know the truth refuse to join the ministry.’

40 years after school: The heroic reunion of FECOGRAMS 77/82 set