Trending Now
A “widow’s” lamentation and lessons for RCCG, others...
God’s word: A case for non-English speakers in...
Adeboye: Some women consider it privilege to sleep...
Despite challenges, God has been good to Nigerians...
Writers save lives, solve problems says Omotosho @...
Prince Harry’s book that hit 1.2m sales in...
Ex-Apola king, Idowu Animasawun celebrates 85th birthday with missions...
Nigeria can’t make progress if the Church is...
Peter Obi: I have not promised I will...
2023 elections and the imperative of divine timing
Home Features Saved from the valley of death: Incredible story of Rita Alakija a.k.a Aimee 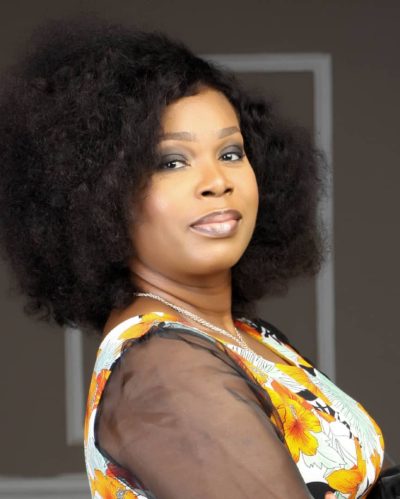 Saved from the valley of death: Incredible story of Rita Alakija a.k.a Aimee

A testimony of faith and perseverance

As a young girl, Rita  Alakija popularly known as Aimee felt some emptiness that made her ask a lot of questions from her parents. She would ask: Where is God, who is the father of God? When was He born?

Those questions ran through her subconscious and all the answer she could get was that God has no birthday. But she still could not wrap her head around God’s invincibility. Those probing questions however led her to find out more about God.

That probing mind brought her closer to God even as a young girl. She was so aware of her decision to follow Christ that she could not control the tears that streamed down her cheek during a fellowship in an orthodox church.

The family later joined the Christian Pentecostal Ministries where Aimee got involved in the children’s department. She and her siblings were known singers in the church. She became passionate about singing that she had cause to sing at crusades organised by the church. She also went to motherless babies’ homes to sing.

But then, she told Church Times that she did not have a full picture of what God wanted her to become. “I knew I had a calling in my life. I knew whatever I studied or do, I would have to represent Jesus,” she said.

That awareness was always there. So, it is not surprising that years after her work life in the Media,  Aviation and financial industry she has had to come back to the ministry of blessing lives with songs.

The decision to stay in the singing ministry was however not a walk in the park. At a point, she lost her job, fell ill, and had to go through challenging times

Sickness and close shave with death She recalled, “I was diagnosed with over 15 medical issues from fibroid to ovarian cyst to diabetes, bone issues, and a whole lot. I was going from place to place for treatment. I went to Ghana, Egypt, Israel India, and South Africa. I was looking for help everywhere. No solution. I was rejected from hospital to hospital and I was told to go and die.”

Aimee who had four surgeries at the peak of her predicament said “while going through the crises, God told me to start worshiping him and to also teach people how to worship him. That sounds impracticable because I was in pain and was on the verge of death.

“But then I found out that when you worship, you bring the power of God down. He told me, “when you praise me you release my power to do anything on your behalf. He reminded me of Paul and Silas. He said those two preachers in prison would have complained instead of praising God. And the Bible says in the middle of the night they lifted their voices to praise God. It was not palatable for them. But they did praise God. And their chains were broken.”

Aimee said God told her to let people “know that I am God not because of the things you get from my hand but because of who I am. They should not praise me when it is convenient for them and when they feel there is a silence or delay they disappear.”

While giving further insight into how her health deteriorated, Aimee reiterates, “ God has a track record of keeping his promise. God is there when things are tough. That you are not seeing results does not mean He is not with you. That is why it is impossible to please God without faith. We need to believe he is there despite any circumstance we find ourselves.” On how she got her healing she said,  “I was to go for the last surgery that was like a do-or-die surgery. The doctors were afraid of carrying out the surgery because they said I had a one percent chance of surviving it.

“The medical team told me they would either put me on morphine and send me home to die or do the surgery. Eventually, we agreed to do the surgery. On the day of the surgery, the doctors were afraid. A team of 10 doctors was to work on me in a Lagos hospital.  I surrendered my heart to the Lord and trusted God for the best.”

As God would have it, the surgery was successful. “The doctors said they felt God’s presence in the room as they were about to start the surgery. The surgery went perfectly well. I survived it. And I am still standing to date.” Aimee said.

As soon as she got back to her feet, God told her to go and do a concert. “God said he was keeping me alive so I can be a blessing to others. My experience through my travails soon made me realise that only one thing matters in life. And that is where we will spend eternity after leaving this world.”

God told her to sing, share her story, preach the kingdom of God, pray and write. “By all means, God said to me I should spread the good news of the kingdom. He said to me when people see you they will see Jesus.”

Since she survived the series of sicknesses, Aimee has released several albums. The first was titled, Lost without you. This was followed by:  So grateful.

“So grateful won multiple awards. Then I came out with Increasing grace, Lord I love you, Maranatha and Healing. She also produced, Prayer for Nigeria and Lord lift me up.

The last album she produced, titled, “I am saved” was done during the covid-19 era to capture the mood of the world.

Why we do good

Over the years, Aimee said she has had cause to deal with both good and bad people. She noted however that it is the responsibility of the Christian to ask the Holy Spirit who to relate with.

“We must constantly find out from God to help us discern people. But then, just because somebody does something wrong to you does not mean you will not help somebody else that comes your way.

“My expression of love for Jesus is when I relate well with people and see them as God’s creations. It is when I become the channel through which God blesses people. We are here to be a blessing. My expression of true love is when I do it for Jesus.

“When Paul was going around killing people, Jesus said Paul was persecuting him. You are not doing anybody a favour when you do good, because every act of kindness done to people is to God and not to man. I believe a little kindness, patience, integrity, and love will help improve our world.”

For Aimee however, it is faith in God and His mercy that have been keeping her. “It is mercy that has been keeping me. After I was healed in 2012, I experienced another round of ill health in 2021. I was in and out of consciousness, I had sores all over my thighs. I had issues with my sight that I could not see again. But Jesus stepped in again and healed me.  He brought me back to life.”

She said God told her to “Be the Jesus where you are. Take the Church to where people are. Don’t be like Jonah who had already judged Nineveh. Don’t be ashamed to testify of the goodness of God.”

Aimee’s experiences over the years have also made her better and stronger in faith. “It got to a point I was no longer afraid of death. It is not our time to die that is why the sick must be healed.”

She reasons that “the fact that some Christians die at a young age does not make it the perfect will of God. The word of God is available to deliver any child of God who is sick. But some people don’t have the patience to go through the walk of faith. When sickness is long they start praying they want to go home.

“God has a track record of keeping his word. If something goes wrong it is not on the part of God. Too many Christians have died through ill health. But it does not have to be so. (at the name of Jesus all knees must bow)

“If things are happening it’s because we have moved away from faith in God. We have to hold to faith as it is all we have.”

She said she has come to realise that there is a need to always stand in faith even when the healing is taking long to come. “I was in the wheelchair. But today I am walking. I could not talk but I can now talk. I had wounds that they say could not heal. God healed me. I am a product of his mercy. Things may be tough; hold to your faith. Whatever the issue maybe  the mercy and power of God are available to deliver.” On Nigeria, Aimee believes all we should be asking for is God’s mercy. “There is nowhere someone asks for mercy and God pushes the person away. This is a time of need and things happen from the realm of the spiritual. If there is darkness in the land, it starts in the spirit.

“Christians should understand that the first place is the place of prayer. Life and death are in the power of the tongue. We ask God first for mercy and we repent and we begin to arrange things in the spiritual. It will manifest in the physical.”

She expressed confidence that the coming election will be peaceful. “no matter the plan to scatter the nation, the Lord will not permit evil. We ask that God will give our leaders the wisdom to direct Nigeria aright. We put a full stop to the suffering and pain of people. Nigeria will be great again.”

2023: The triple danger and a nation in denial: An x-ray of Tinubu, Atiku and Obi

You are an inspiration, Rita! Thank you for sharing and following the CALL. The world needs more people like you and the your testimony is permanent in Jesus name.