Trending Now
A “widow’s” lamentation and lessons for RCCG, others...
God’s word: A case for non-English speakers in...
Adeboye: Some women consider it privilege to sleep...
Despite challenges, God has been good to Nigerians...
Writers save lives, solve problems says Omotosho @...
Prince Harry’s book that hit 1.2m sales in...
Ex-Apola king, Idowu Animasawun celebrates 85th birthday with missions...
Nigeria can’t make progress if the Church is...
Peter Obi: I have not promised I will...
2023 elections and the imperative of divine timing
Home Features RCCG and politics: Dele Momodu got it all wrong by Segun Okeowo 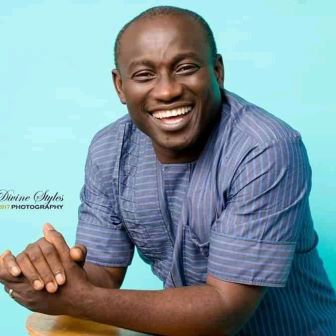 RCCG and politics: Dele Momodu got it all wrong by Segun Okeowo

I have read the reaction of my beloved Egbon and highly respected journalist and Politician Mr. Dele Momodu to the recent setting up of The Directorate of Politics and Governance by the Redeemed Christian Church of God.

I am bemused by his thoughts and some others who have muted that the Church created the Directorate of Politics and Governance in order to support the political aspirations of certain persons.

He opined that “the general conspiracy theory was that our church was setting up an extensive network for the obvious Presidential ambition of the current Vice President, Professor Yemi Osinbajo”

Interestingly, I expected such backlash from the likes of Uncle Dele Momodu who, because of his interest in 2023 might begin to become unnecessarily jittery over such moves by a church that is seen to be a home base for The Vice President.

Although I am not a spokesman for the RCGG, I owe it a duty to set the records straight and exonerate the leadership of RCCG from such spurious and ill-conceived, and not well thought out conclusions.

Past agitation for DPG

The decision of the leadership to set up a Directorate of Politics and Governance is a product of over one decade of pleas and agitations by well-meaning members of the church including my humble self requesting for the creation of such a department in the church.

I recall with nostalgia how I and a few other members of an NGO Believers in Politics met with the leadership of the Church in 2012 to press for the Church to create a fellowship for members who are involved and interested in Politics.

Our request, although not acceded to immediately, was accepted and consultations commenced on the way forward. This was at a time when Prof Yemi Osinbajo was nowhere near the Vice Presidency.

What has become The Directorate of Politics and Governance of the RCCG today is a combination of the efforts of several members of the Church making requests for the creation of the same and has nothing to do with the aspirations of any particular candidate.

That the creation of the Directorate of Politics and Governance in the Church is an invitation to Armageddon is laughable and a figment of Uncle Dele Momodu’s imagination.

There is no invitation to Armageddon anywhere !!!

Church can’t run away from politics

To opine that the church has no business being involved in politics is a dead assertion that no one should make again. The Church, being an integral part of the society has got more than enough reasons to get involved in the process that governs the society it has contributed so much to build.

In my state, for example, the human, capital, and productive ‘investments’ of the Church, run into several trillions of naira. The Church has attracted huge financial fortunes into the state via its several faith-based programmes.

The RCCG alone attracts over four million visitors (above Ogun State’s entire population of 3.75 million) into the state on monthly basis thereby drawing huge cash flow from other states and overseas.

So, who says the church must not be involved in the administration of these resources it contributes so much to build.

Politics is no doubt the strongest, most powerful FORCE for development in any society. It affects the whole life of a nation. It is political illiterates who, in the words of Bertolt Brecht ” don’t know that; the whole of their lives is governed by the dictates of politics”.

No doubt, the church has been too distant from a system she had contributed so much into.

Uncle Dele Momodu’s suggestion that religion and politics be separated is not tenable. It’s unacceptable. Never in the history of mankind has religion become successfully divorced from politics.

What Egbon Dele Momodu should rather advise the Church about is how to manage the inevitable challenges that may arise from the creation of the Directorate of Politics and Governance.

DPG was created by PFN, not RCCG

Perhaps, I should let Uncle Dele Momodu realise that The RCCG did not actually create the Directorate of Politics and Governance. The creation of the Directorate is a brainchild of the Pentecostal Fellowship of Nigeria under the leadership of His Eminence, Bishop Francis Wale Oke, its National President.

The RCCG only became the first amongst other Pentecostal Churches in Nigeria under the leadership of PFN to kowtow and subscribe to the vision of The Directorate of Politics and Governance.

It may also interest Uncle Dele Momodu that the National Directorate of Politics and Governance of the PFN is not headed by a member of The RCCG but a General Overseer from another denomination in the person of The Rt. Hon. Pastor Femi Emmanuel.

To this end, I advise Egbon Dele Momodu and his gang of “wolf wailers” to relax and get the correct information before screaming to the rooftops.

The Directorate of Politics and Governance both in RCCG in particular and The PFN has come to stay and is far bigger than the aspirations of any single individual or group of individuals.

Uncle Dele Momodu, there is no need to cry wolf where there is none. If God says you will be NIGERIA’S President in 2023, no force on earth can stop you.

PFN reacts to controversy over RCCG’s memo says, “our agenda not partisan”