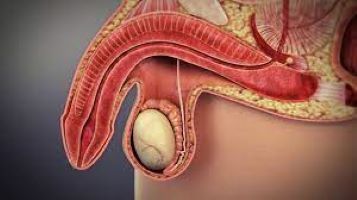 Only recently, it dawned on me that not a few married women are in the limbo of hopeless sexual inactivity in their marriages. Let’s disregard the facade of happiness and superficial fulfillment some women display outside, many of them are in silent agony over the sexual dysfunction of their husbands. Quite pathetically, several of such men are being ravaged by chronic underlying health challenges aggravated by poorly treated sexually transmitted infections (STIs).

Some of the men may be dealing with diabetes, acute stress, or malignant health conditions that could render them completely inactive in the bedroom. While the sufferers could understandably endure the condition, their innocent women are the burden bearers and the ultimate victims of their traumatic conditions.

That marriage is a “for better, for worse” deal does not foreclose the need for consideration, understanding, and empathy for women in such dire situations. Again, several homes are undergoing a harrowing experience at the moment. Couples facing the traumatizing condition are groaning silently but they chose to cover up with smiles while they lament and wail over their emotional ordeal in their closets.

In recent times, and for the most part of last week, I have been dealing with issues relating to the condition. It is curious to know that the challenge cuts across every segment of society. It affects the rich, the powerful, highly placed, the clergy, the learned, and the common folks. It is an emotional issue that defies religious persuasion. It is personal and mentally frenetic.

That a man has an infection is not new. That he suffers erectile dysfunction is no big deal. But that the situation gets so bad that his faithful wife becomes the victim of his recklessness is unfair. I’m aware of a situation that the woman has been enduring a sexless marriage for over 10 years but she got pissed off eventually because her man did not show empathy for her condition. “My problem now is that my husband has never appreciated my sacrifice to remain faithful to him in his helpless condition,” she said.

There are three cardinal sources of happiness for women in marriage. They need attention, financial provision, and satisfying sexual intimacy. Every other thing is extra. It is given that men are ‘game players’ who hardly stay faithful in their marriages especially in African society. But the truth is that men are the same everywhere. They have similar traits when it comes to chasing the opposite sex.

Late Chief Michael Adekunle Ajasin, the first executive governor of old Ondo State and a confidant of the late sage, Obafemi Awolowo, in his memoir stated that the nature of men is polygamous; it takes self-discipline to stay faithful to one woman. The difference between African and western society men is the legal restraints in western society. Research says that American men are more involved in infidelity.

According to infidelity statistics, about 40% of unmarried relationships and 25% of marriages see at least one incident of infidelity. An edition of the Marriage and Divorce journal also stated that 70% of all Americans engage in some kind of affair sometime during their marital life. So, stigmatizing and castigating African men for being insatiable or hopelessly unfaithful is misleading. This is not in any way supporting infidelity or reckless lifestyle in matrimony.

Socially speaking, it is believed that men would always cut corners romantically no matter how beautiful or well-mannered their wives are. This is why the  “men’s world” cliché became entrenched. While women could be persuaded to cope with their cheating men, it is an anathema for any woman to be caught involved in extramarital affairs.

I have always emphasized in this column that God is impartial. He will deal with individuals regardless of age, colour, and gender according to His standard. If a woman could be punished for moral infractions, then, no man would escape the hammer of His judgment for committing the same offense.

A 48-year-old mother of three is on the verge of deciding to either quit her marriage or compromise her chastity. During our conversation, she confessed to wrestling with an intense sexual urge for years. “It took the grace of God to keep me standing till now.

I resisted the pressure to cave in despite tempting offers and opportunities to ease my pressing urges. My man brought the problem upon himself and upon me, too. He is a philanderer of the highest order. He ignored warnings and godly counsel. Several times his close friend had quarreled with him over his reckless lifestyle.

Today, he could not sustain an erection for five seconds. Initially, he was rationalizing his condition as being the resultant effects of strenuous activities on his job. It is now six years running and still counting. His condition worsens as his sexual strength dropped to zero.

He went for treatment a number of times without significant improvement despite spending so much money. In view of this condition, will it be wrong for me to look elsewhere for sexual fulfillment or to file for divorce? It would have been a different matter altogether if the condition came to be natural or accidental but this is a case of self-immolation at play. I have the urge to move on sir.” The tired woman narrated.

A caller broke down midway during our conversation while narrating her ordeal at home. Apparently, she abhors infidelity being a decent and religious woman, her frustration stemmed from the fact that there’s no hope in sight for her in her dilemma. Thank God she has two children but it is rather “suicidal” for her to resign to fate at her age. “There are some of my mates that are yet to be married. Some are still waiting on God for children. So, for me to carry a cross of sexless life at 38 for the rest of my life is sheer impossible sir. I don’t know the way forward but surely I can’t continue for too long. It is two years already.”

Whenever I discuss issues relating to sexual problems in marriage, I have always urged men to start caring for their wellbeing beyond the state of ill health. Many men don’t have budgets for their health except when they are sick. Waiting until the time of illness to care for their health is wrong. Men need to nourish their body system to maintain the potency of their masculinity, vitality, and virility. In the years gone by, a monthly or quarterly budget was needed from the age of 50, but now, it is 40 years because of poor dietary consumption and the unhealthy lifestyle of this generation.

Value-added nutrients, food supplements, fruits, and regular exercises are needed to keep men virile, active and strong. Living healthy is an investment that makes looking good a serious business. There are food supplements that will make a 70-year-old man perform actively, keep fit and be healthy as a 35-year-old young man.

There’s no excuse for a man below 75 years of age to accept a sexless life as his condition. Nature and science have provided effective therapeutic products that will not only make a man healthy and younger but also sexually active. Regular use of these organic and high-quality food supplements will prevent some infections that have rendered some men “dead” and inactive in the bedroom.

A reality some people fail to accept is that human body and organs get weaker as we age. The nutrients and food supplements are good antioxidants that rejuvenate and tone up the body system. Besides, men who consume alcoholic beverages indiscriminately in the name of aphrodisiac are killing their sex life unknowingly.

There’s a limit to the intake of such drinks in order not to jeopardize vital organs like livers and kidneys. I’m also aware of men who are heavily dependent on sex enhancement pills. Some of such products are inimical to the health of their users. Organic products and food supplements that would reenergize weak cells, restore strength, enhance good sleep and fortify the body are important to keep every man healthy and sexually active.

Let the husbands of faithful women suffering in limbo of sexual inactivity be humble enough to seek help. I don’t think there’s any condition that is beyond remedy. They should appreciate the condition of their wives in their state of inactivity. It is not too late to reverse the seemingly hopeless situation.