Trending Now
A “widow’s” lamentation and lessons for RCCG, others...
God’s word: A case for non-English speakers in...
Adeboye: Some women consider it privilege to sleep...
Despite challenges, God has been good to Nigerians...
Writers save lives, solve problems says Omotosho @...
Prince Harry’s book that hit 1.2m sales in...
Ex-Apola king, Idowu Animasawun celebrates 85th birthday with missions...
Nigeria can’t make progress if the Church is...
Peter Obi: I have not promised I will...
2023 elections and the imperative of divine timing
Home Features Anglican priest celebrates wife @ 50 says, “marrying Bishop Gbonigi’s daughter transformed my ministry”

Ven. James Adejuwon perhaps would not have been a priest in the Anglican Communion. He had in fact secured admission at the College of Education, Ikere, Ekiti to study Mass Communication and was determined to pursue his heart’s desire.

But his father who was not a priest knew he was a special child who should serve in God’s vineyard. He had studied him right from when he was young and had concluded that the best thing for him was to be a priest.

So while he was pursuing his dreams,  his father kept encouraging him to pursue a career in priesthood. He encouraged him to obtain the admission form to Archbishop Vining College of Theology  Akure. Eventually, he was invited to the selection conference and was offered admission.

Itunu and her husband, Venerable Adejuwo

Adejuwon was not excited about the admission because by that time he was already studying mass communication at the College of Education. “But I had to go eventually because I wanted to obey my father. But deep inside me, I felt I was too young for the seminary. I wanted freedom. I wanted to live my life.” he recalled.

Apart from his father, other people around him were so certain that his lot is in the priesthood profession. Adejuwon recalled that one of his friends who was notorious for all kinds of vices once said to him that he should not resist the call of God.

“That my friend who was extremely wayward said to me that I did not belong to their circle that my life was different and that should I not resist the call of God. That was what finally encouraged me to embrace the idea of going to the seminary.”

Holy Spirit dealt with him

Adejuwon abandoned his studies at the College of Education for the seminary. But a part of him was still longing for Mass Communication.  While in seminary he would take permission and go out to meet his friends in town to socialise.

He was doing that for a while until when the Holy Spirit dealt with him after he had returned from one of his trips. “That was how I surrendered to the Lord. I remember going to the altar to weep and ask for God’s mercy. I promised God I was not going back to the world again, that I was ready to serve him”

And he did keep the promise. Right from that day, he began to commit his whole being to the ministry. By the time he finished his course at the seminary, he had the honour of serving as the chaplain of Bishop Bolanle Gbonigi the then Bishop of Akure diocese.

Bishop Gbonigi, a rare human being 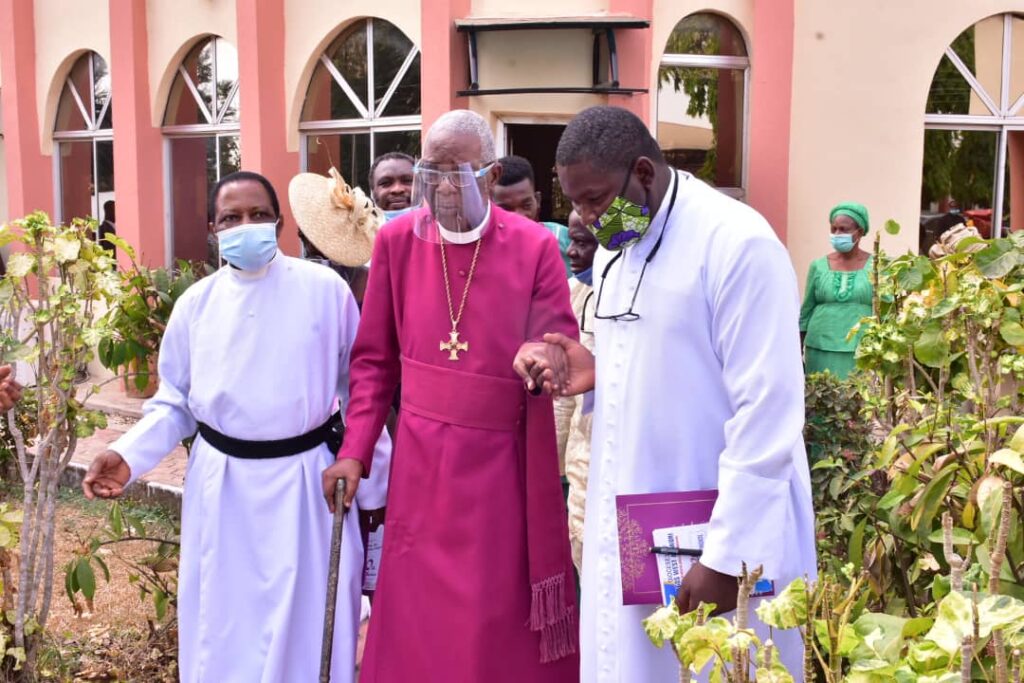 Bishop Gbonigi being led out after a church service

“Serving Bishop Gbonigi was a game-changer for me. It was one of the best things that happened to me. Bishop Gbonigi is a rare human being, a leader of note, and a man whose love for God is infectious. Serving as his chaplain helped me a great deal to be focused and determined in life” Adejuwon said.

He added, “I will cherish this unique opportunity, to serve as the chaplain to Baba Gbonigi, throughout my life. From Baba Gbonigi, I learned what it means to be a man of God. While serving him, I saw that he was honest, straightforward, morally sound, and highly disciplined but very friendly and approachable.

“Baba is very godly, highly spiritual, and humble. Baba would not look down on anyone and appreciates everything however small. God used Baba Gbonigi to redirect my life and influence my ministry, I am eternally grateful to him.”

While God used Adejuwon’s biological father to discover God’s call upon his life, He used Bishop Gbonigi the Rtd. Bishop of Akure Diocese to mold and shape his ministry and life.

But the greatest influence on his life according to Ven Adejuwon has been his wife who turned 50 on May 7, 2022.

Incidentally, his wife is the last daughter and child of Bishop Gbonigi. He recalled that Bishop Gbonigi used to joke that while he was expected to carry the staff of the Bishop, being his chaplain, he was busy eyeing his daughter.

Adejuwon was ordained a Priest by Bishop Gbonigi in July 1998 at St Michaels Anglican Church, Ilaramokin, Ondo State. In Akure, he served at St Paul’s, Igbara Oke as curate.

He served in several other churches until  2005 when he secured inter-diocesan transfer from Akure to Lagos West Diocese. He was preferred a Canon by the late Bishop Peter Adebiyi in December 2012.

Adejuwon who is currently running a Ph.D. programme in Church History at the Ajayi Crowther University was preferred Archdeacon by the incumbent Bishop of the Diocese, The Rt. Rev. Bishop James  Odedeji in October 2013.

Adejuwon: I prefer to call my wife Babie 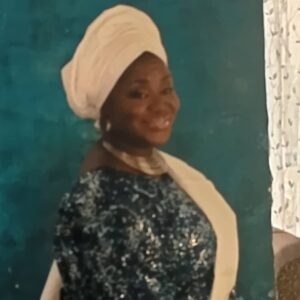 Talking about his wife, he said, “ Our relationship started as a brother and sister relationship. After being made a Deacon by Baba Gbonigi, he also made me his chaplain and I became a son to him. That was what brought me close to the family. But I did not nurse the idea of asking her to be my wife while I was her father’s chaplain. We saw ourselves more like family members.”

Ironically, his wife, Itunu never wanted to marry a priest. But the Lord was able to convince her to say yes to Adejuwon’s proposal. They got married on the 23rd of  December 1999 at St David’s Cathedral, Ijomu Akure.

Adejumon says he prefers to call his wife Babie, describing her “as a formidable pillar of support to my life and ministry. She has since become my English teacher, prayer partner, encourager, and sister.

I am whatever I am today because of God and the involvement, sacrifices, and great support from my Black Ebony and my own wife, Itunu.”

He says of his wife, “Babie is the coordinator of the home front, she is our vicar at home and a very caring mother to our precious son, Emmanuel Babafemi Ayooluwakunumi, and numerous spiritual children. And now that my wife, our mother celebrates her 50th birthday. We give glory to God.

“It is our prayer that she will be kept, preserved, and strengthened by God. She will live in good health and sound mind. She will fulfill her divine purpose in life. She will remain relevant and fruitful in all areas. And that she will serve her God till the end in Jesus’ name.”

No soul winning, no heaven -Adeboye, chides those who give grudgingly