Trending Now
Adeboye: Some women consider it privilege to sleep...
Despite challenges, God has been good to Nigerians...
Writers save lives, solve problems says Omotosho @...
Prince Harry’s book that hit 1.2m sales in...
Ex-Apola king, Idowu Animasawun celebrates 85th birthday with missions...
Nigeria can’t make progress if the Church is...
Peter Obi: I have not promised I will...
2023 elections and the imperative of divine timing
RCCG announces Prof. Aboaba’s passage says “He is...
The Paternoster Code: Debunking the age-long misconceptions about...
Home News If I wanted power I would have joined one of the dominant parties-Okotie
News

Founder of Household of God Church and three-time presidential candidate of the Fresh Democratic Party. Rev Chris Okotie has said if he really wanted power he would have joined one of the dominant parties in the country. 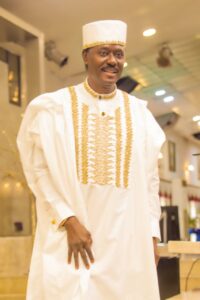 He also confessed that his party would not have won the presidential election in Nigeria.
Okotie made the confession during a one-hour interview session with AIT’s Gbenga Aruleba on his talk show Jigsaw which took place on the zoom platform recently.
Rather than seek power, he said his desire was to bring Nigeria back to normalcy.
Okotie was reacting to accusations that he was trying to get the presidency through the back door
This is based on the premise of his incessant campaign for an interim government before 2023.
His desire according to him is to engender true federalism which can only happen when the constitution is rewritten to reflect the realities of present-day Nigeria.
He canvassed for an interim government before the 2023 election to address some teething issues in the country.
Okotie who called for a national debate on the issue of interim government said, the will of the people should be the basis of any law.
‘At the end of the national debate, we intend to compile the summary of the discussion and send it to President Muhammadu Buhari and the National Assembly to make the necessary legal provisions that would facilitate the inauguration of the interim government,  he said.
He argued that the legislature has no relevance in the new order, which he christened, Aboriginal Democracy.
According to him, the tripartite concept of our presidential system of government is alien to our culture, which is why all the existential problems of the nation have remained unsolved since the return to democracy in 1999.
On his desire to head the interim government’, Okotie said his qualifications for such an assignment are based on the fact that he would not be contesting for the office of president once the mission of reconstruction, restructuring, and inauguration of an Interim Government is accomplished and the nation returned to normalcy.
Okotie argued that he has been on this project to give Nigeria a new paradigm longer than most of those running for the presidency today.
Although the interview was aborted because of the Osun governorship election live telecast, the AIT presenter promised to feature Okotie again to answer other critical questions on his interim government project.