Trending Now
Adeboye: Some women consider it privilege to sleep...
Despite challenges, God has been good to Nigerians...
Writers save lives, solve problems says Omotosho @...
Prince Harry’s book that hit 1.2m sales in...
Ex-Apola king, Idowu Animasawun celebrates 85th birthday with missions...
Nigeria can’t make progress if the Church is...
Peter Obi: I have not promised I will...
2023 elections and the imperative of divine timing
RCCG announces Prof. Aboaba’s passage says “He is...
The Paternoster Code: Debunking the age-long misconceptions about...
Home News We need to go back to 1963 constitution-Prophet Ajao, says APC’s MM ticket insensitive
News

The founder of Christ Apostolic Church, CAC, Warriors for Christ Mission, Fagba, Lagos, Prophet Solomon  Ajao has said the only way Nigeria can get its bearing is to go back to the 1963 constitution even as he noted that the Muslim Muslim ticket of All Progressive Congress is insensitive.

Ajao made the observation during a recent chat with Church Times.

The APC presidential candidate, Bola Ahmed Tinubu on July 10 announced the former governor of Borno State, Kashim Shettima as his running mate ahead of the 2023 general elections.

Ajao said if he had his way Nigeria should first be restructured. He pointed out that the 1963 constitution best represents the diverse nature of the country. 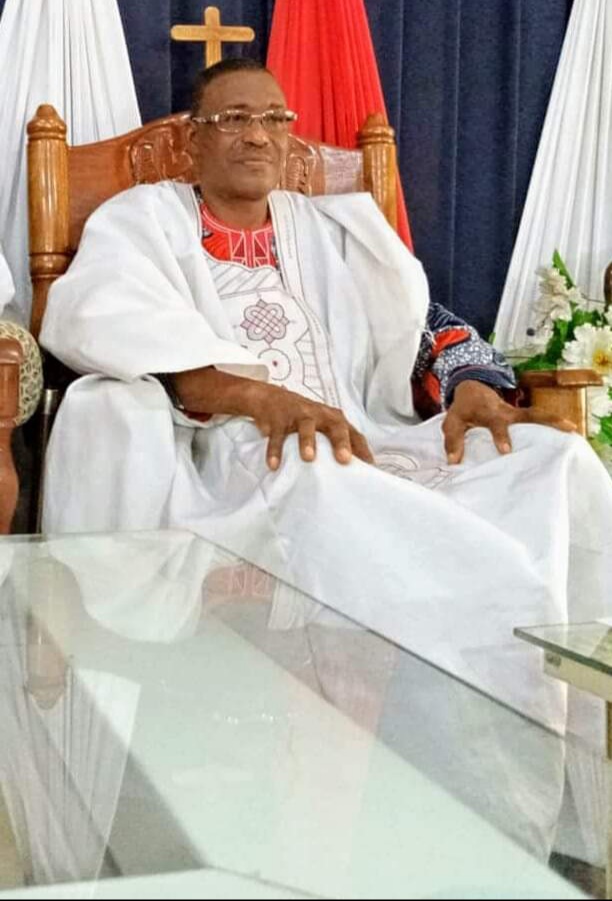 He said, “I still believe Nigeria is too big for one man to govern because of complexities of our religion and ethnicity. If I have my way I will opt for restructuring. I think we should go back to the 1963 Republican Constitution.

“The current constitution is faulty. It gives room for a lot of anomalies. It is just like we are operating a unitary system of government. So much power is concentrated in the centre. The federating units cannot take a sole decision or embark on a laudable project without the consent of the federal government. This is affecting development in some regions.’

He implored Nigerians and the government to reflect on restructuring in order to ameliorate the deplorable conditions in the federating units.

On the MM ticket of the APC, the prophet said the choice was ill-advised given the volatile situation in the country.

“The MM ticket is not good enough for the country that is battling with religious intolerance. As a matter of fact, Nigeria is a religiously heterogeneous country. APC should have considered a Christian candidate which is the other major religion in Nigeria as the running mate of Asiwaju Bola Tinubu for the sake of fairness and equity. It will be a sectional and Islamic president if the party wins the election. In fact, it is a rude insensitivity to our diversity.”

Referring to the Social Democratic Party MM ticket in 1993 Ajao said, “then religious crisis was not rife. There was unity and tolerance. But now the northern Muslims see their southern counterparts as infidels. They will never allow southern Muslims to lead them during prayer.

“It was not like that when I was growing up as a Muslim. You would even think the northern Muslims in Yoruba land then were Yorubas because some of them could speak the Yoruba language fluently. But love for money and power has caused our disunity..”

Ajao, a  former Muslim said the MM ticket has only further confirmed the rumour of a purported Islamic agenda in the country.

He, however, advised Nigerians to be careful in choosing the next president in 2023. “We must not vote for somebody that will worsen our situation but somebody that has the blueprint to fix Nigeria, especially in the area of economy and security that have become a menace to our existence instead.”

Ajao said he was not against Tinubu as a person. “I am not against him. He actually tried to transform Lagos when he was a two-term governor from 1999 to 2007. His successors have worked with his template. My grouse is about the choice of his vice. He might replicate the feat he achieved in Lagos State at the federal level if voted in.”

Peter Obi to Nigerians: Don’t vote for me because I am Igbo