Trending Now
A “widow’s” lamentation and lessons for RCCG, others...
God’s word: A case for non-English speakers in...
Adeboye: Some women consider it privilege to sleep...
Despite challenges, God has been good to Nigerians...
Writers save lives, solve problems says Omotosho @...
Prince Harry’s book that hit 1.2m sales in...
Ex-Apola king, Idowu Animasawun celebrates 85th birthday with missions...
Nigeria can’t make progress if the Church is...
Peter Obi: I have not promised I will...
2023 elections and the imperative of divine timing
Home Features Pope Benedict XVI (1927-2022): ‘God’s Rottweiler’ was an outstanding theologian 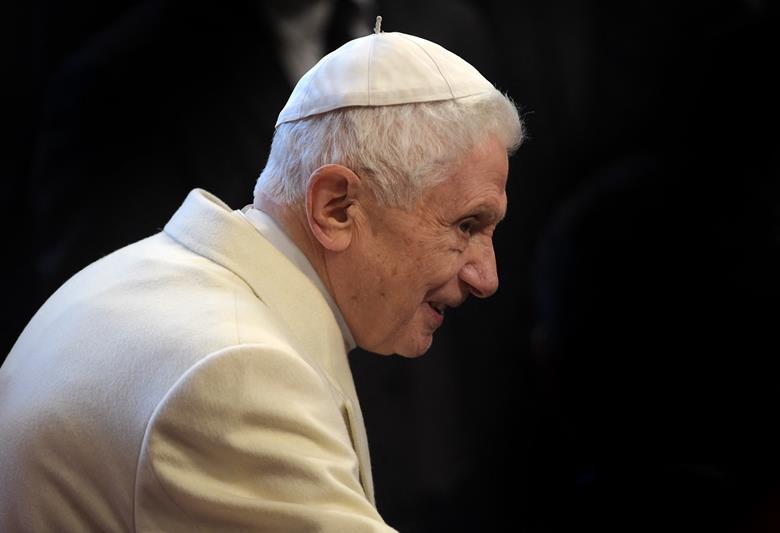 Pope Benedict XVI, who died at the age of 95, will be best remembered for being the first pope to resign in 600 years. But he was also an outstanding theologian and the author of not only highly academic treatises but also the very successful, Jesus of Nazareth, a three-volume account of the life of Christ, which he wrote while in office. But for Pope Benedict, the papacy was a burdensome office and his eight years as pontiff were marked by scandals over child sexual abuse by priests, financial mismanagement and corruption in the Vatican, as well as high profile rows about his handling of relations with other Christian denominations, other religions, and controversies about worship within the Roman Catholic Church.

His resignation in 2013 was put down to ill-health – he said at the time he found it difficult to continue for this reason – but many Vatican observers believed that he recognised that a more resilient person should take on the problems besetting the papacy. His successor, Pope Francis, has also struggled with opposition to reforms of the Church.

Benedict XVI was elected in 2005 to succeed Pope John Paul II, with whom he worked closely for more than 20 years in the Vatican. They were both traditional, conservative Catholics who were wary of reform, particularly over issues to do with personal morality – whether regarding divorce, contraception, abortion or other sexual matters – and any changes to the status of the priesthood, believing that it should remain the preserve of celibate, unmarried men. They were also deeply committed to religion – and for religion, read the Roman Catholic Church – standing up against totalitarian regimes. Both had lived through the Second World War and seen fascism rise before it and communism after – with John Paul II growing up in Poland and Benedict XVI in Germany.

Born Joseph Ratzinger in 1927, Pope Benedict was the son of a Bavarian policeman who was opposed to Nazism, causing him to have to move job and his family therefore move house often. In later years, some critics claimed that Pope Benedict was a Nazi, but he was conscripted like all German teenage boys at the time, into the Hitler Youth and later forced to join the army. By the time the Second World War ended, he had deserted.

After being ordained priest in 1951, he became a university academic and was at first greatly in favour of reform of the Catholic Church, at a time when change was debated through the Second Vatican Council. Later, though, he decided that change had gone too far, especially in moving worship from Latin to vernacular languages and also wanted to restore a version of the Mass, called the Tridentine Rite, that had been more or less banned.

“I TRUST FIRMLY THAT THE LORD IS NOT ONLY THE JUST JUDGE, BUT ALSO THE FRIEND AND BROTHER WHO HIMSELF HAS ALREADY SUFFERED FOR MY SHORTCOMINGS, IS THUS ALSO MY ADVOCATE” – POPE BENEDICT

He was spotted early on as a fine theologian and in 1977 Pope Paul VI appointed him Archbishop of Munich, becoming a cardinal – the highest rank in the church – just months later.

In 1982, John Paul II brought him to Rome to head up the Congregation for the Doctrine of the Faith – the office at one time called the Inquisition. It was during the 23 years that he served as its Prefect that he earned the nickname God’s Rottweiler, for the ferocious and dogged way he pursued those he thought were errant in their theology. Among those he targeted were left-wing “liberation theologians” from Latin America, who he thought were more influenced by Marx than Jesus.

When he was elected as pope in succession to John Paul II in 2005, he was not a carbon copy of the Polish pope though they had been close allies: Benedict was deeply concerned about the environment, paving the way for Pope Francis; he initiated action against abusive priests, although he was criticised for not doing enough as the child sexual abuse scandal deepened, and he wrote erudite encyclicals, or teaching documents, including a treatise on love and another on the economy.

His sharp analysis of contemporary society was particularly evident during his 2010 state visit to Britain which included an address to parliamentarians at Westminster Hall when he warned of the dangers of relativism – a favourite topic of his – and said: “If the moral principles underpinning the democratic process are themselves determined by nothing more solid than social consensus, then the fragility of the process becomes all too evident”.

He also spoke of his concern about the marginalisation of Christianity, saying that “religion, is not a problem for legislators to solve, but a vital contributor to the national conversation”.

The speech won many plaudits, but other commentaries by him did not.

In 2009 he outraged Muslims with an attack on Islam, linking it to violence, and he also deeply upset Jews with his revival of controversial prayers for Good Friday, praying for their conversion. There was also distress in the Church of England when he created the Ordinariate, a way of making it easier for Anglicans to join the Catholic Church while maintaining their Anglican culture, and failed to courteously inform in advance the then Archbishop of Canterbury, Rowan Williams, of what he had done.

But relations with the Church of England later improved with his state visit to Britain in 2010 which included meetings with the Queen in Scotland, Anglican bishops in Lambeth Palace, and ecumenical evensong in Westminster Abbey.

On Saturday, the Archbishop of Canterbury, Justin Welby, paid tribute to Pope Benedict, describing him as “one of the greatest theologians of his age – committed to the faith of the Church and stalwart in its defence. In all things, not least in his writing and his preaching, he looked to Jesus Christ, the image of the invisible God. It was abundantly clear that Christ was the root of his thought and the basis of his prayer”.

For the past decade, Pope Benedict – called the Pope Emeritus in retirement – lived quietly in a monastery on the grounds of the Vatican. In February he indicated that he knew his life was drawing to a close, and that he would soon face judgement from God. “I trust firmly that the Lord is not only the just judge”, he wrote, “but also the friend and brother who himself has already suffered for my shortcomings is thus also my advocate”.

Pope Benedict’s funeral Mass will be held in St Peter’s Square on Thursday, presided over by Pope Francis.