Trending Now
A “widow’s” lamentation and lessons for RCCG, others...
God’s word: A case for non-English speakers in...
Adeboye: Some women consider it privilege to sleep...
Despite challenges, God has been good to Nigerians...
Writers save lives, solve problems says Omotosho @...
Prince Harry’s book that hit 1.2m sales in...
Ex-Apola king, Idowu Animasawun celebrates 85th birthday with missions...
Nigeria can’t make progress if the Church is...
Peter Obi: I have not promised I will...
2023 elections and the imperative of divine timing
Home Columnist Building a lasting legacy: The how, the when and the prospects by John Abiola 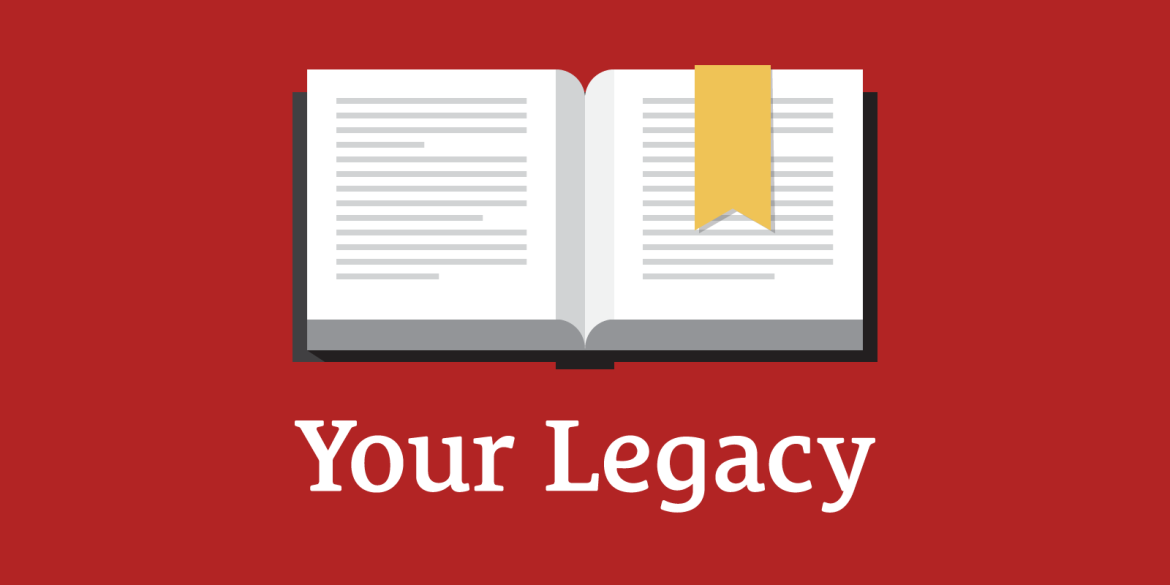 What you have learned and received and heard and seen in me—practice these things, and the God of peace will be with you.

What legacy would you leave behind for your family, friends, community, nation and the world?

According to Webster’s Dictionary, legacy is ” something transmitted by or  received from an ancestor or predecessor or from past”

Let’s look at some common legacies:

Some people leave legacy of fat bank account behind.

What is your legacy; Negative or Positive ?

If legacy is something inherited from a predecessor, then your legacy is an imprint that stays in this world after you have left it.

It is a reflection of who you are, one that others can look up to while deciding a course of action. Hence, it comprises of lessons learnt and lessons earned.

what legacy do you have?

A true warrior lives a life that becomes a legacy for others who wish to follow a warrior’s path.

Every child of God battles both the darkness that lurks inside of them and the darkness that they encounter outside hence, a story, an experience,  a trail, path and a victory shout is to be left behind for others.

Something they can see, hear, and learn from, something to follow up.

Paul the apostle, John the Baptist, prophetess Anna, Deborah, Jonathan Edwards, Reinhard Bonnke, Leonard Ravenhill are a few of our ancestors who left an indelible mark and story which has designed our actions, tailored our paths, and certainly moulded our lives for good.

So, what would be your own legacy?

What profound thing will you be spoken of for? what sword will you hand over to the next generation? and for what will you be remembered?

Beloved sing that song that will save souls, write that book that will drive many to Christ, finish that course, go out and win souls, train the less privileged, invest in human assets, go to mission fields, become missionaries, give your resources for mission activities, pray ceaselessly for revival in your nation and other nations. Whatsoever it is, remember to achieve your goal!

She fulfilled her mission/dream, and after many years of selfless labour for the kingdom, died, and was buried in Nigeria.

6 . Bishop Ajayi Crowther,a Nigerian slave to the United States of America. In 1800 got saved, freed and became the first African Bishop. He translated English Bible to Yoruba language which many indegens are reading today.

(9) Apostle Paul. “Paul probably didn’t leave any money or property when he died, but he did leave a legacy- a superior one! His legacy was his writings, those he won to Christ, those he mentored and his enduring influence. What will yours be? More importantly, what’s going to cost you? All great legacies come with a price tag”.( Bob Gass, author of the word for today)

He wrote, “My soul was in utter agony. I spent the entire day in prayer in my stateroom, or walking the deck in intense agony, in view of the state of things. In fact. I felt crushed with the burden that was on my soul .There was no one on board to whom I could open my mind or say a word. It was the spirit of prayer that was upon me; that which I have often before experienced in kind but perhaps never before to such a degree, for so long a time.”

Shortly after, Finney began a series of lectures on revival which was then published as ‘Lectures on Revival of Religion’, a volume that was circulated around the world and reprinted in Welsh, French, and Germany.

There were several English-language editions. The writings prepared the way for revival in Wales, England, Canada, the Island world and all across America. Supported by his continuous prayer ministry of wrestling in spirit before God, they laid the foundation for the great revival of the United Prayer Meetings that swept across America in the 1850s and undoubtedly helped prepare the way for the great revival in Wales in 1904-05.

The records of eternity will probably show that directly and indirectly, several million people were won to Christ as a result of that day of wrestling prayer. (Culled  from  Mighty Prevailing Prayer by Wesley L.  Duewel).

Finney’s revivals sparked the Second Great Awakening and unified the country around the Bible and the power of prayer, while his moral stances for social justice laid the foundations for everything from abolition to temperance to the civil rights movement.

His teachings on Christian perfectionism inspired the holiness movement of the latter half of the nineteenth century- a movement that laid the groundwork for the Pentecostal and Charismatic movements in the twentieth century.

Finney’s evangelistic styles and methods are still used in revivals throughout the world today.

These include prayer meetings before and during the event, nightly beestings for weeks at a time, altar calls, and pushing for decisions before listeners leave the auditorium-aspects that influenced everyone from D.L Moody to Billy Graham. Finney’s example in lifestyle, ministry, and doctrine has yielded much that is good in American Christianity today. We will need more people like Charles Finney if the church is to impact our world in the twenty- first century as God is calling us to do in the decades to come.( From the book, God’s Generals- The revivalists by Roberts Lardon)

God used 26 years old Evan Roberts, a  Methodist minister at the forefront of the Welsh revival in 1904-05, he led meetings at which hundreds upon hundreds of people repented and professed faith in Jesus. Roberts was known for his secret prayers for hours through which he received visions of God sending a mighty revival to Wales. Though he was a devout Christian who spent his childhood memorizing scriptures and studying the Bible, he had no formal education or theological training yet God used him mightily. His prayers and messages brought conviction of sin and repentance to multitudes and his nation was transformed.

The Welish revival ultimately spread to Bradford, Norway, and Azuza, Los Angeles through correspondence, and personal contacts .From these three places the revival would later spread to the whole world; especially Europe.

Dear beloved, what legacy are you living behind you?

How do you want to be remembered while you must have gone home? What mantle would  you pass to the next generation?

Lisa Haisha, contributor creator of transformative therapy, soulblazing and host of legacy series wrote, “Have you ever thought of the legacy you’re  leaving your family… Most people never give it a second thought. But a legacy is something you’re creating every day, whether you realize it or not.

To start purposefully creating your legacy, think about the following three questions. I have used these questions myself and have given them to my clients to think about and answer. They will rock you to your core. Answer them honestly to create a legacy that matters and endures.

(1) Twenty-five years after my death, what, if anything, will those beyond my family remember me for?

(2) If I had to give everything I own to a cause (not a person), what cause would that be?

While on the surface, these questions may sound simple. However, when the time comes to answer them genuinely, you’ll realize that each question requires much thought. In fact, most people have to think about the questions for days before really knowing the answers.

Serve others by leaving behind the best and most beautiful parts of you. Today, and every day, create your legacy.

2023: Christian group pleads with politicians to play by the rules