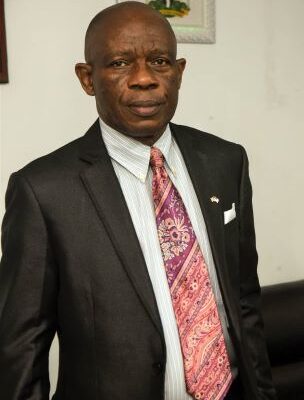 Pastor Oluwafemi Martins, Provost of West Africa Theological Seminary (WATS) Lagos, who passed away on Saturday, May 28, 2022, was laid to rest on July 1, 2022. It was the culmination of a burial rite that lasted for five days.

The burial event commenced with a service of songs on June 29th, 2022, at West Africa Theological Seminary, Ipaja, Lagos. The preacher on the day of the Christian wake-keeping, Rt. Rev. Professor Dapo Asaju urged Christians to emulate the exemplary life lived by the late Provost of WATS.

Asaju who is the Anglican Bishop of Ilesha said, ” character of a true believer is to find refuge in our Lord Jesus Christ, Heaven is our home, our dwelling place.” This is why children of God are not afraid of reaching the final destination.”

At the funeral service, the Archbishop of Lagos Methodist Church, The Most Revd Dr. Isaac Ayobami Olawuji JP, urged Christians not to be afraid of death since it is only a passage to another glorious life.

Both the wake-keep and burial service attracted dignitaries from across Nigeria and outside. Church leaders, public servants, and a host of others including WATS board of trustees graced the occasion. They all attested to the great life that the late Pastor Martins lived.

He was unquestionably an outstanding believer and one of the most pragmatic provosts to have served in WATS.  Martins was able to connect effectively with the WATS network around the globe. Little wonder that WATS Administrative Block was named after him.  He also served as the President of the Alumni of Yaba College of Technology till his last breath.

Martins’ passion and selfless endowment singled him out as a Master’s student at WATS to become a member of the WATS Governing Council before he served as the Director of Communication and Development and then rose to the enviable position as WATS Provost.

He was passionate about the greater glory of West Africa Theological Seminary. His vision and dream was to see WATS become the most cherished theological institution in Africa like Harvard University in the future.

The heart of Martins service at WATS was the priority of payment of staff salaries. His passion for raising scholarships for leaders in training; and his commitment to institutional development at WATS in noteworthy.

Here is what several Christian leaders, family, and friends had to say about him:

Over the fifteen-plus years, I have known Pastor Femi I discovered in him a deep determination to apply all of his energies to achieve the tasks God placed in his hands. He did not spare himself to do God’s work. Even down to the end of his life he put duty above comfort and sought to be a faithful soldier and steward – Gary S. Maxey, Founder, WATS 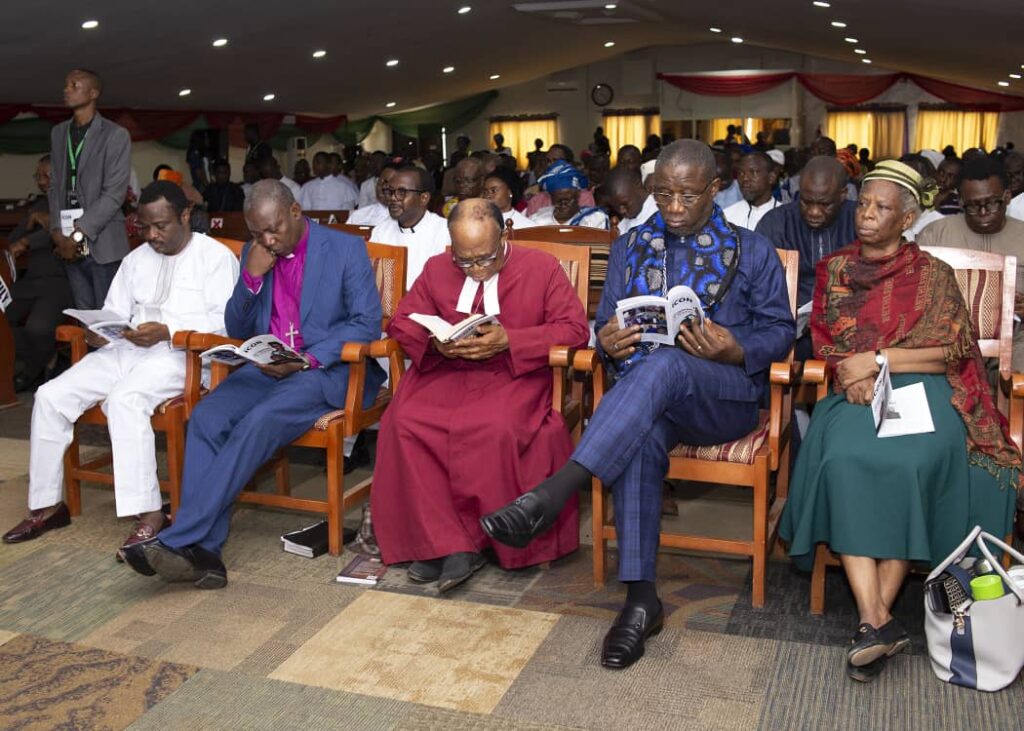 He was such a devoted Provost who knew how to carry everyone along. Highly skilled in communication with vast knowledge of interpersonal relationships, Pastor Martins sacrificed his doctoral studies at Asbury Theological Seminary for the well-being of WATS. He was such a courageous leader who knew what was right and just and stood for it. Unfortunately, Pastor Martins did not live to see the WATS of his dream, but for sure, WATS will live to see the fruit of his labor– Rev. Dr. Emmanuel T. Oluwayemi, FCP., FICM., FICE,  Chairman, WATS Governing Council

The demise of a great man is always an irreplaceable loss not only to his immediate family but to humanity at large. The news of the passing unto glory of your late Provost, Pastor Oluwafemi Oluwagbemiga Martins on the 28th of May, 2022 was a rude shock, but then what can we do? He has gone the way ordained for all mortals – Senator Ovie Omo-Agege, Deputy President of the Senate, Federal Republic of Nigeria.

He has paid his dues as a servant of God and readily made himself available to the work of God which he was destined to do on earth by helping and supporting the people and community at large. We shall continue to remember the roles he played during the COVID-19 saga by supporting with prayers and material things to alleviate the suffering of our people. A nice man indeed – Hon. Chief (Mrs.) Bola Shobowale, Executive Chairman, Ayobo-Ipaja Local Council Dev. Area

Pastor Femi, until his last breath served as the Provost of West Africa Theological Seminary meritoriously, his trailblazing efforts in the Citadel of Theological Education contributed to their high standards of excellence and the uncommon quality of a Pastor (Leadership). Beloved in Christ Jesus, his footprints will always remain indelible in the annals of West Africa Theological Seminary – The Most Revd Dr. Isaac Ayobami Olawuyi JP, Archbishop of Lagos.

Our relationship with you while working as the Provost of your Seminary was a great testimony that you are amazon and father to all. Your magnanimity knew no bounds. You had a focused and firm character and at the same time unassuming. Who will dish out those wonderful counsels to your friends, colleagues, and mentees? – Rev. Sr. Dr. M.J. Obiorah, University of Nigeria, Nsukka, Department of Religious and Cultural Studies.

‘Femoo, this is not closure; your exit from this side of the divide remains unbelievable. The hand of death came to end our shared passions and dreams of seeing WATS remolded in the “Passion of Old.” Adieu! my brother, friend, gist mate, flatmate, worthy compatriot, indefatigable leader, our in-house figures man and ready reckoner, selfless pastor, and committed WATS Provost. Continue your rest in the Lord. –Tosin Awolalu, Ph.D., Director of Administration, WATS.

God bless the Christian Soul of this faithful Apostle of the Church of Jesus Christ. God comfort the family, WATS Community, and the church at large. You’re all in our prayerful support. –Bishop Prof. Dapo Asaju, Former Vice-ChancellorAjayi Crowther University Oyo.

Indeed, he is a Man of God, committed to any duty assigned to him. Pastor Martins, you have left a great vacuum to be filled. You also left a great legacy at WATS and other places. You related very well with people. Continue resting in the bosom of our Lord. – Prof. Dauda A. Gava, PhDInternational Scholar in Residence, Bethany Theological Seminary, Richmond, Indiana.

To a gallant soldier, a comrade, a man with a gallant heart and a resolved commitment to make a difference – John Egbe, President, WATS Alumni Association.

The late Pastor Martins was a thorough Christian who used every opportunity he had to serve God and humanity. His love for God and things of God were evident in all his dispositions. I recall with nostalgia the passion, commitment, and energy with which he served as Project Manager of the 400 Years of KJV Bible project in 2011 and the success recorded with the event   – Pastor Samuel Sanusi, General Secretary, Bible Society of Nigeria

LIFE Theological Seminary community sympathizes with WATS’ community on the demise of Pastor OLUWAFEMI OLUWAGBEMIGA MARTINS. He was a seasoned Administrator, a lover of God and people, a true servant of God, and a lover and promoter of theological education. He was a good friend of LIFE. His steps in the sands of time will remain significant.  Sleep on dearly Beloved – Rev. Prof. Cletus C. Orgu Provost, LIFE, Ikorodu, Lagos

Pastor Martins was a man of great faith and courage who fought battles in his lifetime, yet his head remained unbowed – Pastor I.S James, Founding Pastor, Glory Christian Ministry

We will continue to honor Pastor Dr. Oluwafemi Martins’ legacy amongst us, as we seek a deeper and more formidable relationship in building up the entire Body of Christ, His Ekklesia – Femi Adedayo, Director of Administration, Christ Ekklesia Institute, Nigeria.

Over the years, Journalist for Christ (JFC) has enjoyed a great relationship with the seminary in which the late Provost played a significant role – Lekan Otufodunrin, President JFC.

You were a good man who was always optimistic and result oriented; we will greatly miss you – West African Association of Theological Institutions (WAATI).

You are the Iroko Tree of our family, the wealthiest in wisdom and knowledge, the most selfless and truthful in nature. There is none like you. You lived and died a man of honor and integrity, that alone is enough inheritance for me as your baby sister.  — Titilola Aboyade-Cole

Pastor Oluwafemi Martins serves WATS meritoriously on one hand, and the Ipaja community and the Christendom on the other. He served God and humanity wonderfully when he lived. He was a fearless preacher of the Gospel of Jesus Christ and a great administrator as WATS Provost.

He served with integrity of heart and dexterity.  Pastor Martins was also very diligent and accessible. He had the interest and wellness of the WATS students at heart. He emphasized that he was holding the office of the Provost for their sake. This and many other good deeds he will be remembered for.     — Rev. Michael A Abodunrin, PhD

Pastor Oluwafemi Oluwagbemiga Martins was born on 29th October 1954 and had his early childhood days in the Adekunle area of Ebute Meta. He attended Adeola Odutola College, Ijebu Ode between 1968 – 1972.

He holds a Higher National Diploma in Business Administration obtained from Yaba College of Technology in 1982, a Leadership Certificate and Diploma from Word of Faith Bible Institute in 2001, and a Masters of Divinity (MDiv.) from West Africa Theological Seminary in 2009.

Pastor Martins was on the Board of Trustees of the Ajasin Foundation and served on West Africa Theological Seminary (WATS) Governing Council (2008 – 2015). He returned as Secretary to the WATS Governing Council in 2019 as the Provost of the Seminary, a position he held till he was called home.

As Provost, he led the WATS Executive Board and was Chairman of, the WATS Academic Journal Editorial Committee.  The Bible Society of Nigeria and West Africa Theological Seminary appointed Pastor Martins as Project Coordinator for the ‘Year of the Bible’ that was held across the West Africa sub-region in 2011 to mark the 400th Anniversary of the King James Version (KJV).

Pastor Martins was a member of the Board of Trustees of Hope Foundation for Africa based in Liberia and Shuwa Arab Development Initiative (SADI) with headquarters in Lagos. He was on the Board of the Centre for Values and Social Change and a member of Covenant Keepers’ Network (CKN); Council on Christian Ethics in Nigeria (COCEN) and Journalist for Christ (JFC).

Pastor Martins worked in various capacities in several organizations between 1973 and his appointment as the Provost of West Africa Theological Seminary in 2019.  He was for many years at Modandola Group of Companies, a conglomerate owned by Chief Bode Akindele as the Personal Assistant to the Chairman/ Managing Director.

He was appointed as Managing Director of Summit Ventures Limited in 1993, a position he relinquished in 2000 consequent upon his New Birth experience in June of that year.  He was pastor of Summit Kings’ Chapel, Lagos, and Freedom Chapel, Ogun State between 2001 and 2005.

Pastor Martins had joined the WATS Governing Council even whilst studying for a Masters of Divinity of the Seminary. He served meritoriously for several years and was later appointed Director of Communications and Fundraising in the institution until he was appointed as its 6th substantive Provost in April 2019.

Pastor Oluwafemi O. Martins joined the Saints Triumphant at the age of 67, in the early hours of Saturday 28th May 2022 after a brief illness. An astute administrator devoted Christian and passionate theologian, Pastor Martins is survived by an aged mother, wife, children, and grandchildren.