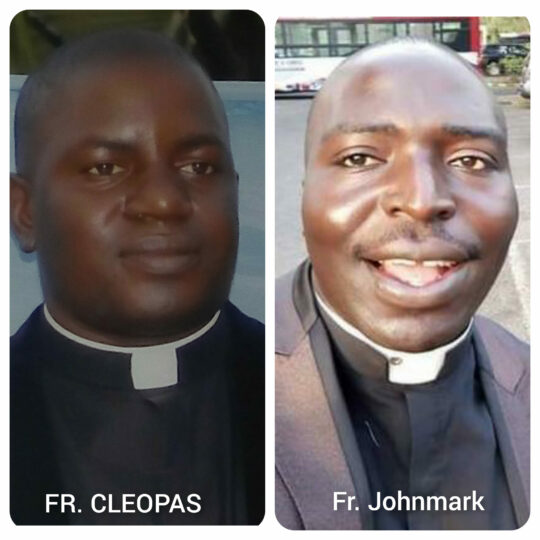 A Catholic Priest Reverend Father John Cheitnum has been killed by bandits. This brings to four the number of Catholic priests killed in less than six months in Nigeria.

Cheitnum was one of the two Catholic priests abducted in Lere Local Government Area (LGA) of Kaduna State recently.

The other kidnapped priest, Reverend Father Donatus Cleopas, was said to have been released by the bandits after an undisclosed amount of money was paid to them as ransom.

But Chietnum was not spared by the bandits.

Before his death, he was the Director of Communications at the Catholic Diocese of Kafanchan, as well as the Chairman of the Christian Association of Nigeria (CAN) In Jema’a LGA of the state.

Reverend Father Cheitnum and his colleague, Reverend Father Donatus Cleopas, were kidnapped by bandits on July 16 while they were on pastoral work at the rectory of Christ the King Catholic Church, Yadin Garu in Lere LGA.

The Chancellor of Kafanchan Catholic Diocese, Reverend Father Emmanuel Okolo said according to reports that the decomposing body of the priest was discovered on Tuesday.

The death of Cheitnum brings to four the number of Catholic priests killed by bandits in the last six months.

On March 8, 2022, Reverend Father Joseph Bako, of Saint John’s Catholic Church, Kudenda in Chikun LGA, Kaduna was killed by his abductors after they had collected an undisclosed ransom.

On June 25, 2022, Reverend Father Vitus Borogo, also a Catholic priest in Kaduna was killed on his farm in Kujama by armed bandits.

Another  Catholic priest serving in the diocese of Auchi, Edo State, Fr. Christopher Odia was killed by kidnappers on June 26 while police were trying to rescue him.

The tragic news was announced in a statement signed by Fr. Peter Egielewa, the Director of social communications of the diocese in Edo.

Apart from the killed Catholic priests, many priests in the church have been abducted and released after the church paid a heavy ransom.

It is not clear why Catholic priests have been the target of bandits. But several pastors of other churches have also suffered from kidnappers. Many have been killed while churches have had to pay a heavy ransom to free some. The list of dead pastors in the hands of kidnappers is growing by the day. it seems the government is helpless in stemming the tide of insecurity in the country.