Trending Now
Adeboye: Some women consider it privilege to sleep...
Despite challenges, God has been good to Nigerians...
Writers save lives, solve problems says Omotosho @...
Prince Harry’s book that hit 1.2m sales in...
Ex-Apola king, Idowu Animasawun celebrates 85th birthday with missions...
Nigeria can’t make progress if the Church is...
Peter Obi: I have not promised I will...
2023 elections and the imperative of divine timing
RCCG announces Prof. Aboaba’s passage says “He is...
The Paternoster Code: Debunking the age-long misconceptions about...
Home News There is no compulsory giving in the New Testament-Leke Alder 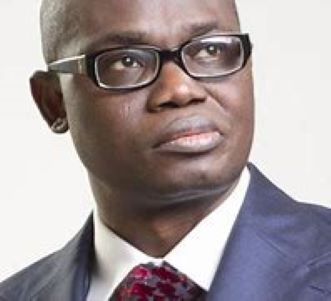 There is no compulsory giving in the New Testament-Leke Alder

A Bible teacher and Founder of Alder Consulting, Nigeria’s leading creative intelligence firm, Leke Alder has said giving in the New Testament is not compulsory.

He also wrote that there is no curse attached to non-payment of tithe which he describes as a personal covenant.  He wrote:

There is a ventricular linkage between concentration and money. Jesus said your heart will be where your treasure is.

There are 3 laws governing giving to the church:

The law of liberty: You’re at liberty to decide what you want to give. Give as you decide.
The law of volition: Never give under emotional duress or compulsorily. The Bible says ignore sob stories and arm twisting.
The law of proportionality: The return on your giving is proportional to your giving.
There is no compulsory giving in the New Testament. In the Old Testament, tithing was compulsory because God wanted to compensate the Levites for the loss of heritage. They were not assigned a state.
The framework of tithe under the Law of Moses was quite complex. And the percentage wasn’t a flat 10%. But we’re not even under the Law.
In the New Testament era, we’re in, tithing is at best a personal covenant. It is only theologically relevant because Abraham the father of faith tithed. You may choose to follow his example. Or not.
He tithed as worship. There is no curse attached to non-payment of tithe in the New Testament era. And anyway, Christ has been made a curse for us. We’ve been redeemed from the curse of the Law.

Giving in New Testament is voluntary

A VERY IMPORTANT REVELATION THAT CALLS FOR URGENT PRAYERS