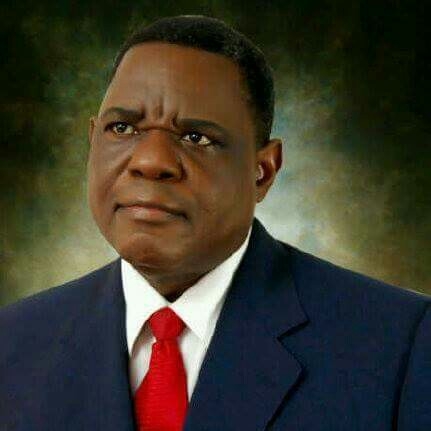 Former Chairman of the Lagos chapter of the Christian Association of Nigeria, Apostle Alexander Bamgbola has said the expected change in the country may be an illusion if there is a scarcity of men that would midwife the change.

He made the observation at the 2021 Kingdom Men Global Network summit which was held in Lagos on Thursday.

Bamgbola who was a big-time player in the banking sector in the 90s in Nigeria said the corruption in the  Nigerian system is pervasive. He said it would take a man of integrity specially prepared by God to take Nigeria out of the mess.

He expressed surprise at the scarcity of men at programmes that would change their lives and equip them to make more impact. “A programme like this, I expected to see many men here. But unfortunately, you don’t see men at the places they should be. “Remember Adam,” he said.

Bamgbola said, “In times like this demands strong minds, great minds, men who will not allow the lust of office get into them. Men of integrity. Unless God provides genuine men, this nation will not change. Men must arise”

He expressed optimism that God himself will effect a change in the country when the time comes. “Some things are going to happen. We can’t continue like this.”

The ex-CAN chair observed that the tribe of men with integrity is depleting.

Quoting a document written by an American Bamgbola said there was a time in the US congress that all of them were Christians. He expressed hope that Nigeria will get to that point when men of integrity will occupy strategic positions.

He said rulers may not necessarily be Christians but they must rule with integrity. “Anybody preparing to lead us again must have the fear of God.”

Earlier at the event, the founder of Kingdom Men Global Network, Pastor Remi Akano had admonished participants to always think of the solution. He said, “enough of complaining.  The question is what are we bringing to the table to solve the problem.”