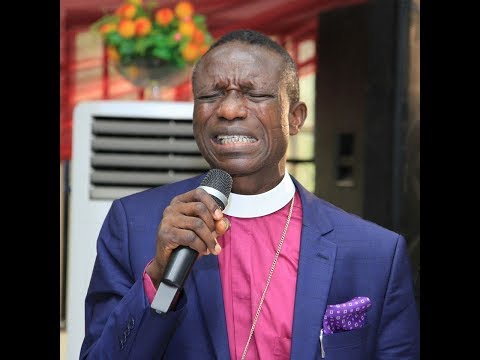 In another two months, there will be some change in the leadership of the Lagos chapter of the Pentecostal Fellowship of Nigeria. By then the present executive of the body would have completed its term.

It is cheering that so far the fellowship has conducted itself well in the face of all odds. The principal officers have led with some credibility and have shown that the church can be in charge of its own.

But then, the reality is that the current executive would wrap up in the next two months. The PFN fathers now have the onerous task of appointing a new set of principal officers (Chairman, Vice-Chairman, Secretary, Treasurer, and Financial Secretary) or allowing those there to continue if they are still qualified.  Nobody is sure where the tide will swing.

A top official of the PFN told Church Times that the decision of who becomes the next chairman rests on the table of the National President of the Fellowship, Bishop Wale Oke.

He is however not expected to take the decision alone. He will have to consult widely and seek the views of church fathers on the ground in Lagos to arrive at a choice.

There is no doubt that making a choice of who leads the fellowship will be a tough one especially when there are indications that many pastors in Lagos are now showing interest in the seat.

Church Times gathered that about eight pastors are making some moves behind the scene to get to the position. One of those interested is considered as not fit for the position.

The constitution of the fellowship as explained by a top official of the body does not allow for election. The principal officers are chosen by some trusted fathers led by the National President of the fellowship.

That in a way is to save the fellowship from leaders who may want to buy their way to the position. But then that method also leaves a lot of room for manipulation.

Since the National President is the man who holds the ace, there will no doubt be pressure on him to pander to some whims. Even if he wants to follow his conscience and do what is right, he may find himself under undue pressure to satisfy some interests.

The apostles in the Bible were also faced with such dilemma. But they played the card straight. Though they were spiritual people, they had to cast a lot on who to choose to replace Judas. That was a strategic way to silence naysayers. In their own case, they had just two people to choose from.

Some theologians have argued that the apostles had to cast a lot because they had not experienced Pentecost. They posit that after Pentecost, they did not have to use that method. The PFN is not casting a lot because of the peculiar nature of our environment. It is also believed that the fathers have the spirit of God. But the troubling issue is how to establish faith in the minds of people on who eventually is chosen as the chairman.

If by now we have about eight pastors showing interest in the position, there is a need to begin to pray earnestly for the National President and the Vice President of South West, Archbishop John Osa-Oni not to fall into the trap of allowing their flesh and sentiment to decide who leads the fellowship.

Already there are feelers that stakeholders in the fellowship are waiting earnestly to see who becomes the next chairman.  Pastor Mike Ojo according to a report in E-Life online said “One of the church leaders showing interest is well known for his shady deals within and outside Nigeria. There were reports of him impersonating the children of one of the fathers of faith.”

This church leader according to the report is also known for commercializing the anointing asking people to make payments to see the power of God in their lives.

He is also known to be amorous.

Ojo was reported to have said the pastor in question has deep pockets and may want to buy his way to the leadership of the fellowship.

Apostle Okunmade Isaac from Ikorodu was also reported by elifeonline.net  to have said a particular character jostling for the position has no credibility whatsoever.  Isaac wondered why the faith of the leadership of the state PFN chairman would be placed in the hands of just the National President.

What would save the face of Bishop Oke is for him to make a choice that will be acceptable to many. In the first place, any leader known to have questionable character should not be given any consideration. There must be some standard gauge for measuring who qualifies to lead the fellowship. But then, only God sees the heart of men. That is where the procedure goes beyond due diligence.

Bishop Oke certainly needs the prayers of the church to see him through the strategic appointment. He should rise above primordial interest in arriving at who becomes the PFN chairman. If indeed we are light, we should show by example that we are truly light. 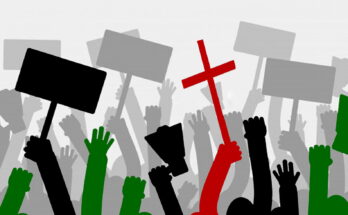 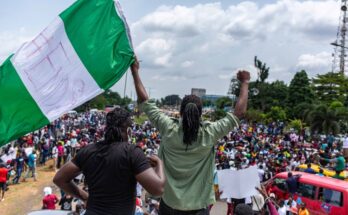 One Comment on “Lagos PFN, Bishop Wale Oke, and the threat of hirelings  ”