Trending Now
A “widow’s” lamentation and lessons for RCCG, others...
God’s word: A case for non-English speakers in...
Adeboye: Some women consider it privilege to sleep...
Despite challenges, God has been good to Nigerians...
Writers save lives, solve problems says Omotosho @...
Prince Harry’s book that hit 1.2m sales in...
Ex-Apola king, Idowu Animasawun celebrates 85th birthday with missions...
Nigeria can’t make progress if the Church is...
Peter Obi: I have not promised I will...
2023 elections and the imperative of divine timing
Home News Gunmen invade Catholic church in Owo, scores killed, Ondo Gov reacts 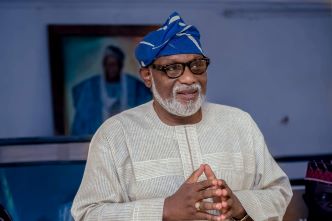 Ondo state was this morning June 5 thrown into confusion as scores of people were killed during mass in St Francis Catholic Church, Owo by unidentified gunmen

Many residents thronged the streets bemoaning the incident after the gunmen had finished their operation in the church.

A source who spoke with Church Times from Owo  the bandits  killed many worshipers .

A video showing dead people inside the church has since gone viral.

The source told our correspondent that the worshippers were caught off guard when the bandits invaded the church and unleashed terror on worshipers.

The source said the police were invited when the bandits invaded the town but they complained of having no fuel. “Even if they had fuel there was no way they  could face the gunmen because they were many and were wielding dangerous weapons,” the source said

The identity of those killed is yet to be known but the town has since been thrown into mourning.

A statement by the Catholic Church indicated however that no priest or bishop was killed or taken away as reported in the social media.

The statement signed by Rev Father Augustine Ikwu regretted that the attack happened on the Pentecost Sunday which is a day many worshipers are expected to come celebrate.

The governor of Ondo State Arakunrin Rotimi Akeredolu has however condemned the attack. He promised to track that the assailants will be arrested and brought to justice.

He made this known in a press statement signed by his Chief Press Secretary, Mr.  RIchard Olatunde.

The governor said he has had to cut short his party’s national assignment in Abuja to visit Owo immediately.

Akeredolu said he had also gotten in touch with the Bishop of Catholic DIocese of Ondo, Most Revd Jude Arogundade on the matter.

The statement  reads, “This is an unexpected development. I am shocked to say the least. Nevertheless we shall commit every available resource to hunt down these assailants and make them pay. We shall never bow to the machinations of hearless elements in our resolve to rid our state of criminals.”

He commiserated with families of the victims of the attack, the Olowo of Owo, Oba Gbadegesin Ogunonye as well as the Catholic Church.. He also pleaded with Ondo people not to take the law into their hands.