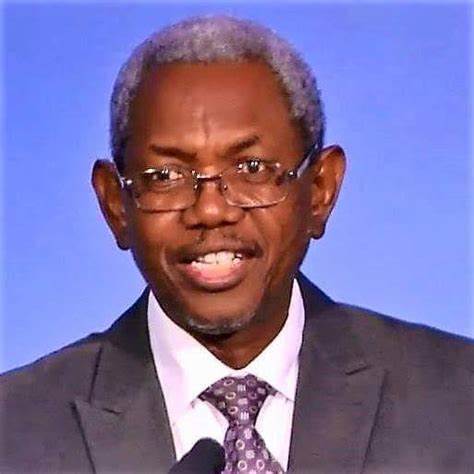 Gbile Akanni: Testimony of a man with a unique calling

Brother Gbile Akanni is a ‘strange’ Man of GOD.  A fervent brother and former executive of the Christian Union of a campus fellowship told me during NYSC, “I don’t like listening to Bro Gbile; he makes me feel like I’m an unbeliever!”

And, he said it with great admiration for the insightful depth of revelation the man draws from Scriptures whenever he ministers.

I learnt that he once ministered at the convention of one of the largest pentecostal churches in Nigeria. And when he made the altar call, even the General Overseer (G.O.) of the Church came forward.

But, Bro Gbile didn’t just jump to this gracious height. No! GOD took him through a process, as He does with all His chosen servants.

Shortly after he finished his Service Year, he stayed back in Benue State to apply for a job on God’s instruction. He was sure he would be picked for the slot but was greatly disappointed when he wasn’t.

Jobless, broke, and dejected, he said to GOD, “You’re keeping me here when there are brethren and job opportunities waiting for me down South. You know I can’t travel because I have no money. That’s why You’re doing this to me!”

Just after he uttered those words, there was a knock on his door. It was a brother who works in a bank, whom GOD had instructed to come and give him exactly what he would need to relocate down South.

Bro Gbile said he was afraid to take the money, knowing that GOD wanted him to remain in Benue State for a special assignment He had called him to fulfill. He ultimately yielded his will and plans to GOD’S, and see what GOD has done, and continues to do through him under the Peace House and Living Seed Ministry, with headquarters in Gboko, Benue State, Nigeria.

There were also dealings in marriage. The first time his fiancee took him to her parents for Introductions, his in-laws-to-be – a family of doctors, Ph.D. holders, and professors – supposedly looked down on him for coming in a Volkswagen beetle, and for being a Physics graduate.

So, he went all out to acquire a Peugeot 504 (through a loan, I suppose) and kept pestering his wife-to-be for another visit to her parents.

Eventually, when they visited, the in-laws were pleasantly surprised to see that his lot had changed, and accorded him more respect. But, when the visit was over, and they came to where the car had been parked, it had been stolen. That taught him not to go bragging about worldly possessions.

Envy no one, especially anointed servants of GOD, until you know their story. Face your own Walk with the LORD, and be determined to go all the way with Him, wherever He leads, and however tough it gets.

It is to this end that I will like to rejoice with Bro Gbile, and the entire Peace House staff, on the safe return of some kidnapped brethren from the Peace House. They had gone for a function and were kidnapped.  But the Lord prevailed. Report has it that they are back and they are safe GOD be praised forevermore.
Hallelujah ?