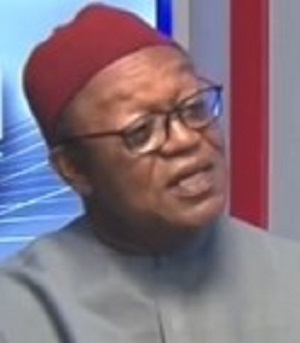 The President of the Independent Petroleum Marketers Association of Nigeria, Mr. Chinedu Okoronkwo has explained the reason for the increasing cost of petroleum products across the country.

Okoronkwo gave the explanation on Tuesday during an interview on Channels Television monitored by our correspondent.

He explained that the federal government still subsidizes the product but the increment is a consequence of its distribution channel.

According to him, fuel is still being imported and sold by Nigeria National Petroleum Company (NNPC) at the cost of N148.19k.

He said however that NNPC does not have viable distribution channels for the product. “About 21 of the depots of the NNPC are not working. So NNPC has to contract the distribution to private tank farms who in turn sell to marketers of the product.”

Okoronkwo explained that private depots have to build in their own running cost.

“At the end of the day, they sell for between N189 and 210. I don’t blame them for this because they have to build their running cost,” he said.

While explaining that independent marketers control 80 percent of the market, he said the inability of members to access the product easily is the reason for the increment.

He explained that some of the payments are also made in dollars which makes the product invariably expensive.

Many of the petrol stations across the country are selling fuel at very high prices. Some sell as much as N280 while most stations sell between N210 and N250 per litre.

With the explanation of Okonronkwo, it is clear that some stations are also taking advantage of the inefficiency of NNPC to sell at exorbitant prices

Gbile Akanni: Testimony of a man with a unique calling