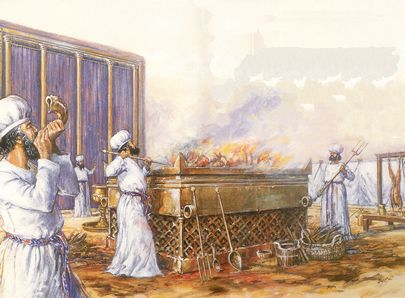 Understanding the book of Revelation with Afolabi Dollars (9)

The interesting thing about the 5th seal is that there was SHIFT in the dimensional frequencies of apocalyptic operations; the voice of the 4 living creatures are now SILENT, the VOICE of MATYRED SAINTS now cries!

What I’m trying to say is this, the LION FACE of the 4 living creatures had to be the one to call the WHITE HORSE RIDER because of the similarity of their representations; the LION represents the RULERSHIP of Christ, and in a literal sense, it represents the royal power/dominion and CONQUEST of the animal kingdom, so it makes apocalyptic sense for it to particularly call the WHITE HORSE RIDER which also represents RULERSHIP and CONQUEST.

Also, the CALF represents the BLOOD SACRIFICE and PRIESTHOOD of Christ, and in a literal sense, it represents the shedding of blood and sacrifice when the calves were SLAUGHTERED in the old covenant, so it makes apocalyptic sense for it to particularly call the FIERY RED HORSE RIDER which also represents BLOODSHED and SLAUGHTER.

This also applies to the MAN FACE which represents the HUMANITY of Christ, and in a literal sense, it represents the earth custodian and everything that has to with the earth which includes FAMINE, so it makes apocalyptic sense for it to be the particular living creature to call the BLACK HORSE RIDER which also represents EARTHLY FAMINE.

Famine only takes place on EARTH under the rule of MAN, no such thing as famine in heaven. Lastly, the EAGLE represents the IMMORTALITY and DIVINITY of CHRIST after His DEATH, and in the literal sense, it represents the RENEWAL of strength and life, so it makes apocalyptic sense for it to be the one to call the PALE HORSE RIDER which represents DEATH.

This 5th SEAL pertains to kingdom MARTYRS, and I need to quickly say this, the fact that an apocalyptic shift occured in John’s visional Representations doesn’t mean that the 5th seal is not also CONNECTED to the previously OPENED 4 seals, like I established in my previous articles, all the whole 7 SEALS are connected and the opening of a seal doesn’t put an end to the events of an existing SEAL.

OPPRESSIVE TAXATION, INFLATIONS, SACKS/LAY OFFS, etc which automatically leads to the 4th seal’s pale horse rider of DEATH, PANDEMICS, PESTILENCE, MASS BURIALS, etc. So, considering the apocalyptic sequence and chain of events in John’s VISION, it’s actually in place and proper that there should be a vision of martyrs, especially IF (1st class condition) it was intended that the successive seals should refer to coming and important periods of the world; and accordingly we have here a striking representation of the martyrs voices crying to God from UNDER THE ALTAR to judicially vindicate them and avenge their blood.

We are going to briefly check out some characteristics of these martyred saints in the 5th seal:

2) Their POSITION ➡️ UNDER THE ALTAR

4) Their INVOCATION ➡️ CRIED FOR JUSTICE AND VINDICATION

5) Their CONVOCATION ➡️ WHITE ROBES WAS GIVEN TO EACH OF THEM

6) Their PERSUASION ➡️ THEY’RE COMMANDED TO PATIENTLY WAIT FOR OTHERS

* THE LOCATION OF THE MARTYRS:
Since the opening of the 1st 4 seals, all the apocalyptic events have been taking place on EARTH, but the opening of the 5th seal took a SHIFT from earth to HEAVEN, showing us the conversation between the martyred saints and God.

* THE POSITION OF THE MARTYRS: “under the altar.”
Why under the ALTAR? For us to decode what this means, we need to first understand what ALTAR means. We need to correct something here first of all, over the years, I’ve seen many folks in the Christendom referring to their Church PULPITS as altars, if you know the significance of ALTAR, you’d never refer to a beautifully carved glass, marble or wood as an ALTAR!😄

ALTAR signifies SACRIFICE and CONSECRATED ATONEMENT, it’s not a place you go throw down some money when your preacher is preaching sweet😄

Even in Jerusalem before John saw his visions, there were TWO ALTARS in the temple at Jerusalem which are THE ALTAR OF BURNT SACRIFICES where daily sacrifices are made, and THE ALTAR OF INCENSE. The fact is that as at the time John was writing these revelations, these two altars were already destroyed with the temple in Jerusalem!

Hear me well, there’s no ALTAR in Rome, no ALTAR even in Israel, THE REAL ALTAR shifted location from earth to HEAVEN ever since the one time SACRIFICE of Christ on the cross as He became our only HIGHPRIEST! No more altar, no more holy of holies here on EARTH, everything was MOVED to HEAVEN where you have the REAL MERCY SEAT!

These Martyrs in the 5th seal are UNDER THE ALTAR means they’re under REDEMPTION and they’re forever SECURED under the eternal SACRIFICIAL ATONEMENT for sin, with offerings and supplications under the ground of SACRIFICE!

You can link up with Pastor Afolabi Dollars on 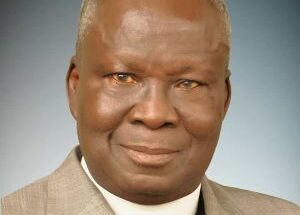 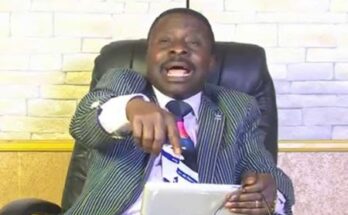