Trending Now
Adeboye: Some women consider it privilege to sleep...
Despite challenges, God has been good to Nigerians...
Writers save lives, solve problems says Omotosho @...
Prince Harry’s book that hit 1.2m sales in...
Ex-Apola king, Idowu Animasawun celebrates 85th birthday with missions...
Nigeria can’t make progress if the Church is...
Peter Obi: I have not promised I will...
2023 elections and the imperative of divine timing
RCCG announces Prof. Aboaba’s passage says “He is...
The Paternoster Code: Debunking the age-long misconceptions about...
Home Interview My experience evangelising Fulani people since 2006-Igbo Evangelist
Interview

Evangelist Sunday Onu is from Enugu State. But the Lord called him to reach out to the Fulani tribe. He has been involved in the ministry since 2006. In this interview with Church Times, Onu who is the founder of Burning Bush Ministry shares his experience evangelising the Fulani tribe of Nigeria 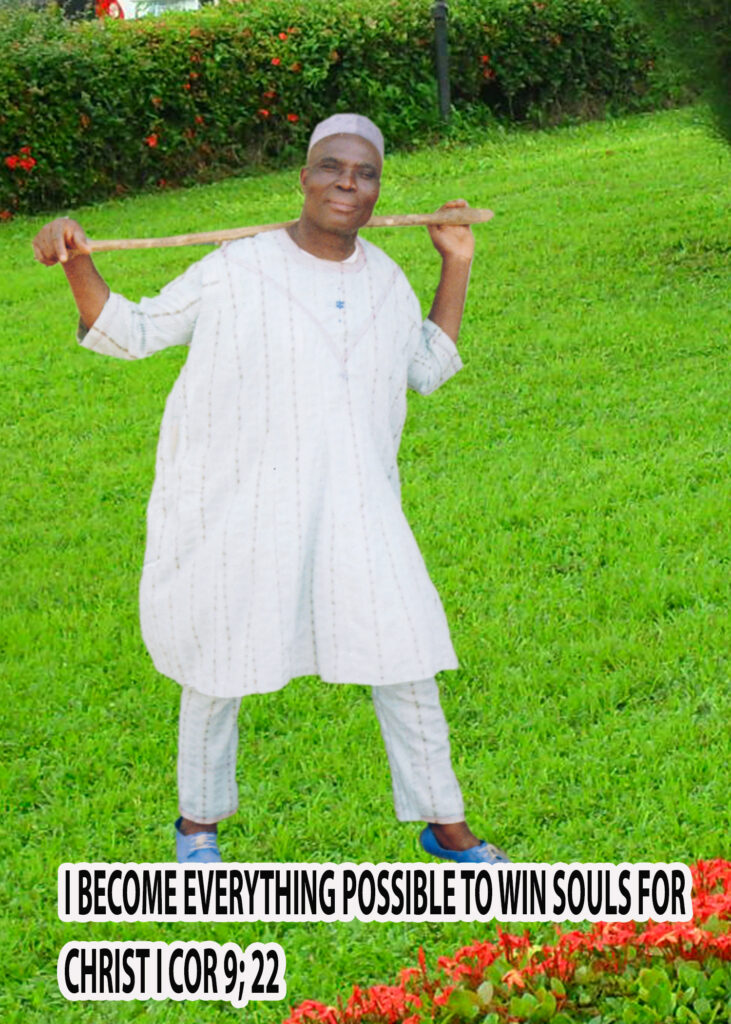 When did you start reaching out to the Fulani people with the gospel?

I have been an evangelist all the while but began this full-time Fulani missionary work to Fulani people on February 2 2006 in Kaduna. Since then I have been to several bushes with Fulani herdsmen, trailing them with the gospel.

Do you live with them in the bush with their cows?

The typical Fulani man will not allow you to live with him if he does not know you. They don’t even trust their own people not to talk of a total stranger. So what I do is to live in a close village to where they are tending their cow. It is from the village that I reach out to them. But when they move, I move with them to another nearby village.

So what has been the testimony since you began this ministry?

God has been faithful. They are responding to the gospel. But it has been quite challenging. The result one gets depends on the approach. The average Fulani man can be very pleasant. By the time they get to know you, they become very friendly. I have come to realise that showing love is the number one priority in evangelism. When you meet people’s needs particularly when you show them, love, they will listen to you. I discovered that meeting their needs has endeared me to them. It’s from that standpoint I am able to preach the gospel to them. They also like it when you are a man of your words. It will make them trust you.

How was it in the early years of the ministry?

When I  first launched out to preach to them, I spent two weeks with them without sharing the gospel. When they see me coming they would run to the bush. The ones I tried to reach out to were afraid of me. Then, I did not have the wisdom of dressing like them. I had to go before the Lord to seek His face. That was when the Lord gave me the wisdom to start dressing like them. I also had to start learning how to speak their language, that is Fulfude. When I  began to dress like them they began to get close to me.

God also asked me to start the business of selling tea and bread. That attracted many of them to me. I always play recorded gospel messages in the Fulfude language while selling bread and tea to them. They got attracted to me because of the message. They would bring their friends when coming to listen to the message. This was what made me popular among them.

How then did you win your first convert to the Lord?

My first convert was won to the Lord when he came with a challenge. I prayed along with me and God intervened. I later shared the gospel with him. He eventually surrendered to Christ. And he is still with us till today. But God has helped us to win many more. Right now we organise a yearly programme with them. They all attend the programme. In our conventions, we have an average of 30 Fulanis in attendance.

How have you been coping since the issue of insurgency came up?

It’s been tough. Many mission fields have been abandoned because of the insurgency. The Fulani people are also not safe. Our mission field in Niger State for instance was deserted by the Fulani people who live there because of the insurgency. So there is nobody to preach to. The irony of this problem is that the Fulanis are more affected than any other tribe. Their cows are taken forcefully from them. And they suffer a lot of attacks from bandits. The effect on evangelism is more and far-reaching. Our sponsors have stopped supporting us because of the prevailing situation. Its even difficult to get evangelical materials from Jos as we used to.

What will you consider your high point in this ministry?

You are from Igboland. I know many of your people are against this present government. They are also against the Fulani people. What has been your experience lately?

I get a lot of criticisms from my people. Whenever I go home many of them come to meet me and wonder why I till preach to them despite what they are being accused of doing. I get criticised for always taking the side of the Fulani in an arguement. They now count me as part of the Fulani tribe but that does not stop me from my ministry.

What is your view about churches that have had to close down because of insurgency?

Many churches closed down because they did not have indigenous members. People go to another part of the country to start a church and end up attracting only people from their tribe. They don’t evangelise indigenous people. What many churches call growth is just church transfer. We only transfer members from one part of the country to another and sometimes within a state. So when there is a crisis, they leave the town and thereby leave the church. That is what is happening to many of the churches in the North.

Finally, what future do you see for your ministry?

My wish is to have a centre for the Fulani people where they will receive training. I wish there would be unity within the body of Christ so we work together for the common purpose of winning the lost.