Trending Now
A “widow’s” lamentation and lessons for RCCG, others...
God’s word: A case for non-English speakers in...
Adeboye: Some women consider it privilege to sleep...
Despite challenges, God has been good to Nigerians...
Writers save lives, solve problems says Omotosho @...
Prince Harry’s book that hit 1.2m sales in...
Ex-Apola king, Idowu Animasawun celebrates 85th birthday with missions...
Nigeria can’t make progress if the Church is...
Peter Obi: I have not promised I will...
2023 elections and the imperative of divine timing
Home Columnist Emotional Divorce: A Catalyst for Marital Breakup by Michael West 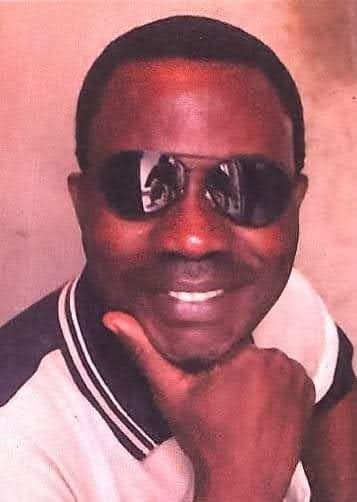 Emotional Divorce: A Catalyst for Marital Breakup by Michael West

“Sir, I want to walk away from my marriage now before something tragic happens. I had wanted to quit in February 2021 but people mounted pressure on me to stay back. They said I should try and pray more saying the situation was not beyond remedy.

“I agreed not because I hoped that anything positive would ensue but just to satisfy those who intervened. More so I didn’t want to portray myself as being rigid or as having a hidden plan for my action.

“Now it is one year after, but the situation has rather gone from bad to worse. Because of that, I stopped having sexual intimacy with him for months to date. It’s getting to a dangerous level that hearing his voice usually stoke hatred and bitterness in me.

“He, too, told me last week that he’s feeling like harming me. My life is no longer safe with him in the house. I’m emotionally disconnected from him. Touching me is so hurting and irritating that it wells up anger within me. I think it is better we go our separate ways before the unthinkable happens!”

That was a caller’s complaint to me last weekend. Since the beginning of this year, I have weighed in on a number of emotionally disconnected cases.

Before a marital conflict could degenerate to physical separation, emotional divorce must have taken place. To stay together in a relationship, people must get emotionally connected.

When Body Chemistry is no more

Some people call it “body chemistry.” Nobody can live or share stuff with someone they feel repulsive about their presence. It takes emotional stimulation and psychological appeal, to feel attracted and attached to a partner.

These are parts of natural indicators of compatibility. Emotional and communication walls are the first to break down in a relationship before a separation or divorce can take place. These are the pivots on which every purposeful and sustainable relationship revolves.

A higher percentage of troubled marriages are already in emotional divorce. Several of them are struggling with fitful communication issues. Reasons for these are as many as one can deduce based on experiences and the reality of situations.

Disputing couples can share the same bed for months and years without body contact or sexual intimacy. That’s the zenith of emotional disconnect. If the situation is not addressed in good time, malice, rejection, and deep-seated animosity would ensue.

Emotional divorce often precedes a legal divorce. It is a psychological mechanism some spouses use to separate their emotions from the marriage when they feel the relationship has become a threat to their well-being.

It is a marital relationship in which the partners live separate lives, with an absence of normal interaction between them.

If a partner has decided to go for divorce, they will first attain emotional distancing; as convenient this may seem, it is usually a traumatic experience.

Going through an emotional divorce means you’re distancing yourself emotionally from your partner. For some spouses, this happens before the divorce. For others, it doesn’t happen until after the divorce process.

According to Virginia Williamson, an American licensed marriage and family therapist, “An emotional divorce is just as it sounds,” essentially emotionally exiting the marriage.

In practical terms, most divorce cases are one-sided. It is in rare cases will a couple mutually arrives at a decision to divorce. Usually, it is the spouse who has already separated themselves emotionally from the marriage that requests for a divorce.

Already, the spouse that has gone through an “emotional divorce” now plans to be legally divorced from their spouse. And while a divorce is certainly difficult on both sides, the partner who has gone through an emotional divorce before seeking a legal divorce may find the process easier than the partner who is feeling rejected and shocked by the development.

Some spouses struggle for years with feelings of emotional distance before they realize that divorce is the solution. These spouses are commonly referred to as “walk-away spouses.”

A walk-away spouse may become emotionally detached for a variety of reasons. Emotionally divorcing a spouse helps the person maintain a sense of psychological integrity if faced with what they feel is an emotionally demanding situation. The spouse who is left to deal with their emotions after the legal divorce is commonly referred to as the “left-behind spouse.”

In a post on ‘emotional divorce’ during the week, a United States-based counselor, singer, and gospel minister, Olubukola Adediran aka Sister Bukky, stated that “A lot of couples are emotionally divorced. This is a dangerous situation. One spouse has emotionally moved on while the other is suffering or still thinking, hoping, and praying that things will change for the better.

“Husband and wife have moved on; they are both emotionally detached and disconnected from each other in the marriage. In fact, they live like flatmates. They engage each other only when things they own in common need attention or they have decisions to make regarding shared bills or facilities.

Marriage not devoid of problem

“God created the beautiful institution of marriage but from the inception, it is a known fact that it is not devoid of problems.

“The very first union that produced you and I had problems. People often concern themselves with physical separation via formal divorce processes, but many more people are emotionally divorced, psychologically detached, and mentally disconnected from one another.

No feelings, no affection, no urge for sexual intimacy, no unity of purpose, no mutual understanding or agreements, and nothing in their union that typifies oneness in marriage. It is strictly business because there are financial obligations involved in running the home as well as caring for the children.

“Who are we deceiving? Couples like these are merely pretending as they consciously race on the slippery ground until the inevitable happens. Are relationships like this redeemable? YES, to some, and NO, to some.

“It all depends on the individual situation. The only people who determine redeemability are those involved, and most importantly – what God is saying or what He has said concerning the situation.

“Society is often a very big problem. Religion without commonsense and knowledge, spirituality without insight or direction are serious problems. External interests, not considering the interests of the people involved in distressed marriages, are also part of the problems we have – ‘what will people say!’ This post does not oppose divorce and neither does it promote divorce.

Deal with the problem

“It strongly suggests that knowing what the problem is, you should deal with it appropriately. We should note that a good marriage is not one without problems! Marriage takes a lot of work. Forgiveness plays a great role. So, a right marriage may still have issues.

“Yes, serious issues at that. In turbulent marriages, some of God’s children have gone home untimely, families have lost sons and daughters unduly and prematurely, too. Individuals have lost direction and are struggling to get a life in life and find a path to rediscover and understand themselves.

“Don’t overhype your problem, it may be dangerous. Calm down! Your situation may still be redeemable. Don’t under-hype your problem either. See it as it is. Face it or face out! Get help! Seek the face of God. Be real! Know what you want and do what’s best in your situation. Be bold! Be strong! You deserve to live and be who you were destined to be. You are important! Yes! You’re!”

“Emotional and communication walls are the first to break down in a relationship before a separation or divorce can take place. These are the pivots on which every purposeful and sustainable relationship revolves.”

WATS publishes Transform, to contribute to scholarship in the Wesleyian tradition