Trending Now
A “widow’s” lamentation and lessons for RCCG, others...
God’s word: A case for non-English speakers in...
Adeboye: Some women consider it privilege to sleep...
Despite challenges, God has been good to Nigerians...
Writers save lives, solve problems says Omotosho @...
Prince Harry’s book that hit 1.2m sales in...
Ex-Apola king, Idowu Animasawun celebrates 85th birthday with missions...
Nigeria can’t make progress if the Church is...
Peter Obi: I have not promised I will...
2023 elections and the imperative of divine timing
Home News Nigeria sliding towards a failed state-Anglican Bishop @ Diocese’s Synod
News 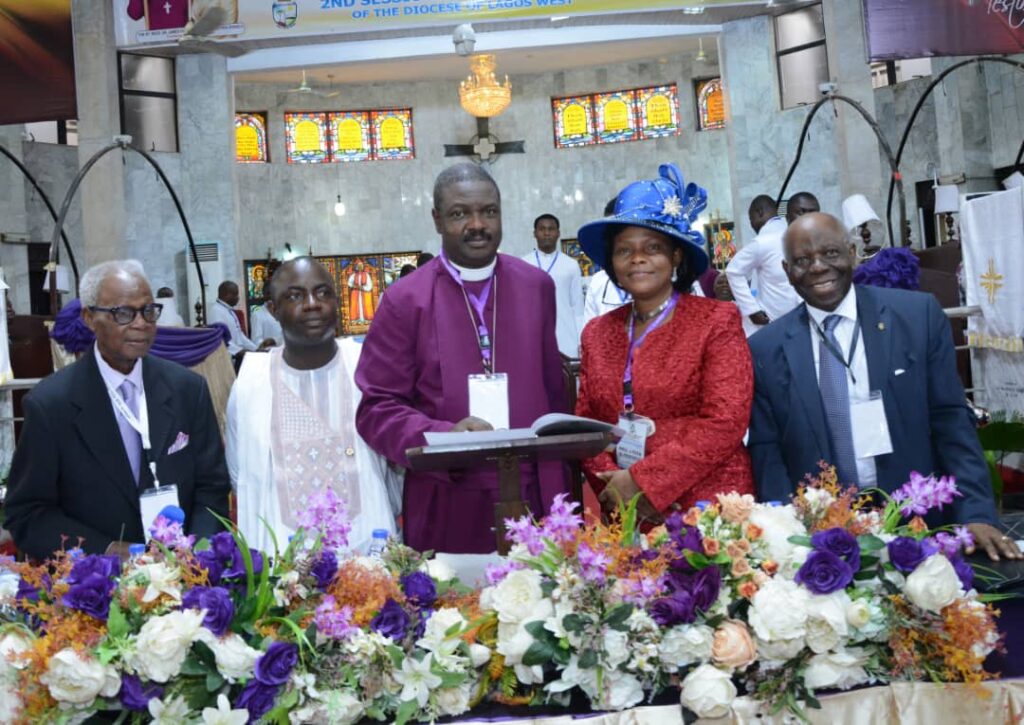 The Bishop of Diocese of Lagos West, Anglican Communion, the Rt. Rev Olusola Odedeji has said the nation is sliding towards a failed state.

Odedeji made the observation at the second session of the 8th Synod of the diocese on Friday, May 20 while giving his charge.

He said, “People of God our nation Nigeria is sliding to a failed state. All our economic indices are pointing to the direction of a total recession that may not be easily reversed. Ours is becoming a banana republic where there is no rule of law let alone people obeying same. All the zones of the country are faced with one challenge or the other”

The Anglican Bishop observed further that the country is sharply divided along religious, ethnic, and political lines.

According to him, things have not been this bad in the history of the country. “There is palpable fear all over the country. There is fear of insecurity, social malady, economic woes, religious intolerance, banditry, kidnapping for ritual purposes, etc.”

While noting that the government has no clue about the myriad of problems facing the country, he called the church to intensify prayers for the country using  2 Chronicles 7v14 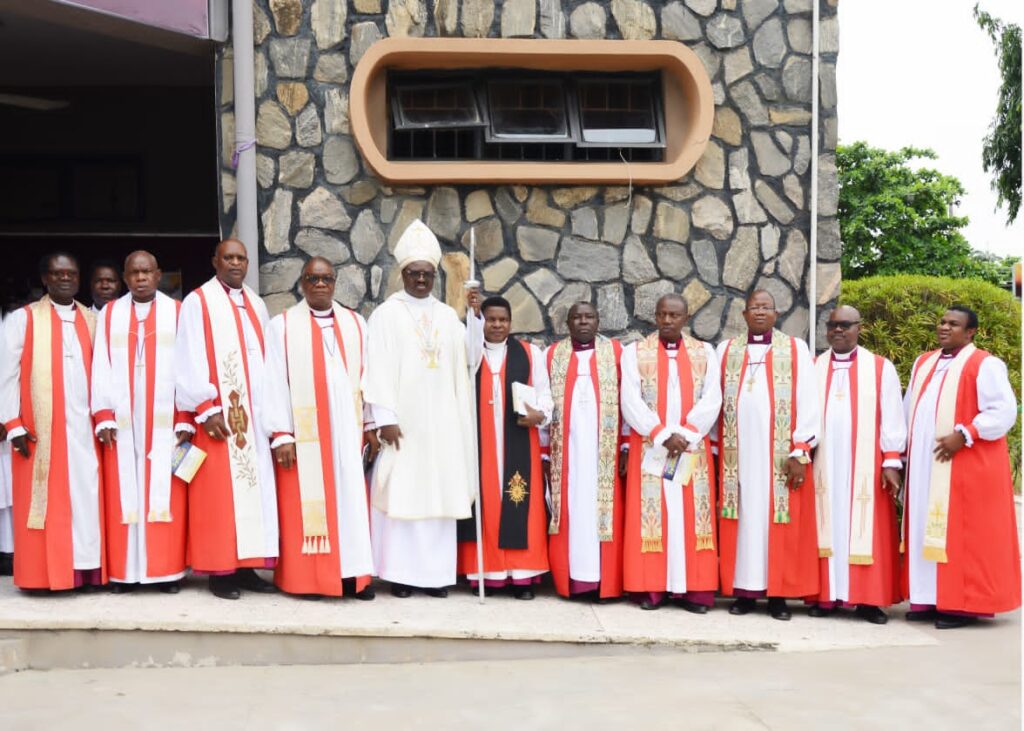 Anglican Bishops at the Second session of the 8th Synod of the diocese of Lagos West, Anglican Communion

He also called on the federal government to declare a state of emergency in the education sector saying the sector has been corrupted.

Odedeji said there is hardly a year lecturers don’t embark on industrial action asking the government to implement agreement reached with them. He said this trend has led to a massive brain drain in the country.

Apart from the brain drain, the Anglican Bishop noted that many Nigerian graduates are not employable.

He said, “it is grossly an understatement to say a state of emergency is overdue to be declared in our educational sector if our youths are  to be relevant in the nearest future in anything that has to do with decision making in the nation.”

Bishop Odedeji observed that the moral base of many schools has crumbled.

His words, “Immorality has become a norm. But what could teachers whose welfare is not guaranteed do?  Lecturers in many higher institutions now charge students heavily for handouts that must be considered compulsory if they must pass their examinations. Many of them had been fingered to have forced female students into immoral acts commonly referred to as sex-for mark in the academic circle”

The Anglican Bishop also called for the abolition of the Islamic policy of almajiri which has prevented many young people in the north from pursuing western education.

Odedeji also decried the insecurity in the land calling on the government to take practical steps to revamp the security architecture of the country.

He suggested that only educated people should be recruited into security agencies in the country.

The cleric believes it’s time the government began to consider the idea of state police.

“If our laws are amended to achieve this (state police) insecurity would be reduced significantly because those to be recruited in the force shall be from the same state with total knowledge of the terrain where they are to work. Criminals can also be traced to their family compounds and be shamed in the presence of their family members.” 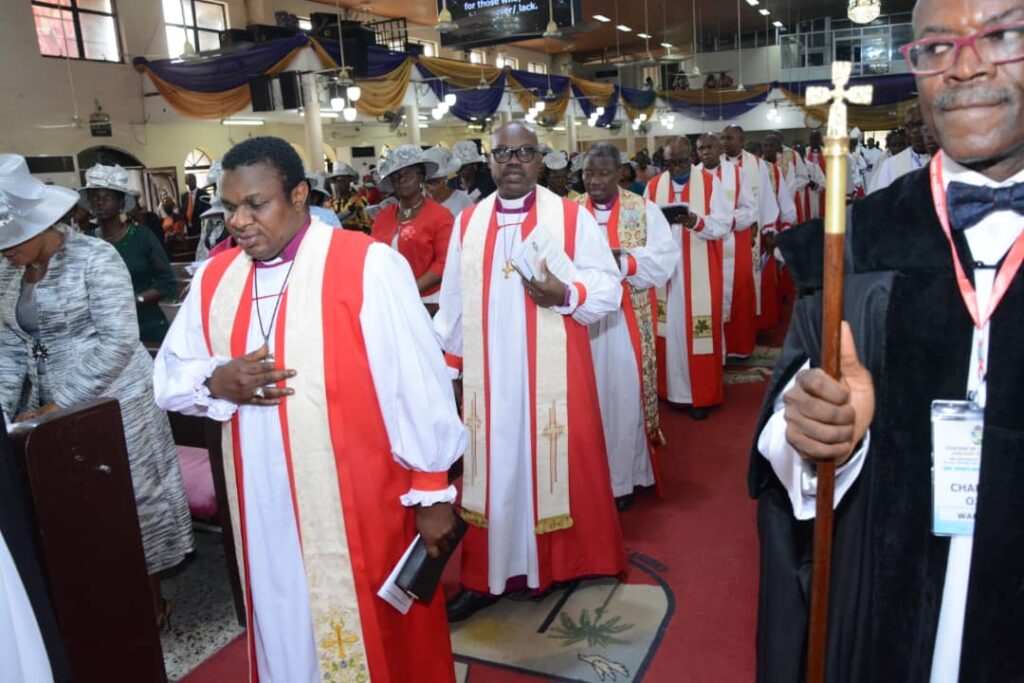 Procession of Bishops at the Synod