Trending Now
A “widow’s” lamentation and lessons for RCCG, others...
God’s word: A case for non-English speakers in...
Adeboye: Some women consider it privilege to sleep...
Despite challenges, God has been good to Nigerians...
Writers save lives, solve problems says Omotosho @...
Prince Harry’s book that hit 1.2m sales in...
Ex-Apola king, Idowu Animasawun celebrates 85th birthday with missions...
Nigeria can’t make progress if the Church is...
Peter Obi: I have not promised I will...
2023 elections and the imperative of divine timing
Home News Protest for Deborah: CAN re-strategises over threat from faceless Islamic group
News 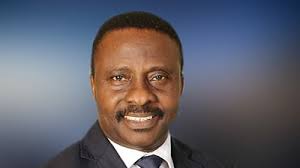 The Christian Association of Nigeria has instructed Christians in the country to be strategic in carrying out  protest over the killing of Deborah Emmanuel Yakubu  following a threat by  an unknown Islamic body to do a counter-protest.

The Christian body had instructed  about a week ago that Christians should protest the killing in their various churches on May 22.

The body also asked that Christians should use the opportunity to call for justice for the  student also called Deborah Samuel, who was murdered on May 12 in Sokoto  for alleged blasphemy.

But a statement signed by the chairman of CAN, Dr. Samson Ayokunle  on Saturday May 21 however instructed Christians to be discreet in carrying out the protest in view of the threat from some Muslims.

OBSERVE THE PEACEFUL PROTEST IN YOUR CHURCH

You are all aware that some Muslims had sent out information that they were going to counter our peaceful protest on Sunday, May 22.

Their intention is to cause chaos and attribute it to us.

In view of the foregoing, I urge you all to do the protest of placard carrying within the premises of your local churches or your CAN Secretariat.

However, where it is unsafe to do the protest in the premises of your church or CAN Secretariat, you may carry the placards inside your church and pray for justice for Deborah Samuel who was wickedly and extra judicially slain.

Pray as well for a change of heart for the wicked who find it convenient for them to kill their fellow human beings under religious guise.

In all, let the television cover your in-house protest and equally use the social media for the entire world to see.

May the Lord be with us all, His Church in Nigeria and our nation who is in birth pains.