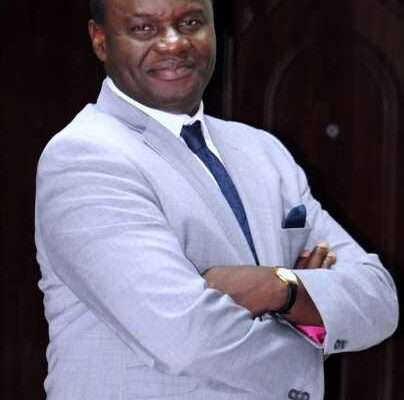 The Managing Partner of Ivory Solicitors in Maryland, Lagos, and current legal adviser respectively to the Lagos chapter of the Christian Association of Nigeria (CAN) and Pentecostal Fellowship of Nigeria (PFN)  Barrister Tomi Vincent, has said many churches in Nigeria stand the risk of being sanctioned by the CORPORATE AFFAIRS COMMISSION (CAC) in the nearest future if they continue to disregard the laws under which they are registered.
Vincent who is popularly known as the pastor’s Lawyer made the observation in an interview with Church Times on Sunday, June 19. He was reacting to the recent shutdown of a Nigerian Church in the UK.

.The United Kingdom Government recently shut down Salvation Proclaimer Ministries Church, popularly known as SPAC Nation. The London-based group was wound up after failing to account for over £1.87 million of outgoings. And also for operating with a lack of transparency. 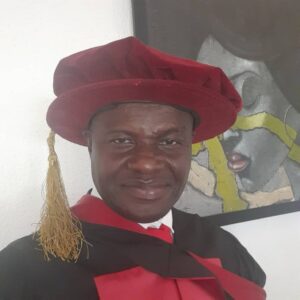 Vincent noted that many churches in Nigeria especially some of the Pentecostals and non-orthodox bodies are contravening the Company and Allied Matters Act of 2020 (CAMA) and the supporting  Regulations of 2021.
According to him, “many churches are not open with their financial records. This may make the regulatory body clamp down on them for breach of extant law which by itself is neutral and is not targeted at  Churches. It is meant to serve as a regulatory framework for conducting charity work whether it is of religious or nonreligious nature.
Vincent who also teaches Media Law and Ethics at the prestigious School of Communication (SMC) of the Pan Atlantic University, Ibeju Lekki said churches who register with the CAC are under strict obligation to comply with CAMA 2020
He added however that “it is not compulsory for a religious body to be registered in the first place since the Nigerian constitution guarantees freedom of association and expression. Thus a ministry or church can run as a fellowship and may not be registered with the CAC in the same way most mosques are not registered. There is nothing wrong with that.”
“The moment a ministry,  church, or other faith-based association decides to have its trustees incorporated with the CAC, it has surrendered itself to the provisions of CAMA and CAC regulations.
“That ministry, church, or faith-based body has become a Public Interest Entity (PIE). If it is found wanting as regards the law in the future, CAC has the power to sanction such ministry, church, or other faith-based body. This is because the CAMA is made for charities and not strictly for churches as it were.

Church is a charity

“A church is registered as a charity under CAMA.  In Nigeria, CAMA is the legal instrument currently for regulating all charities whose trustees are incorporated.  It is like the traffic law which applies to all vehicles. If a vehicle is branded with the name of a church, it does not stop the vehicle from following the traffic rules. That is what the Nigerian ministry, church, or other faith-based body should understand when they are registered with CAC. They will be treated as charities.”
He said many orthodox churches including a few Pentecostal churches are CAMA compliant. “They hold Annual General Meetings where they make their books public to their members. Their financial records are always in order. And they make an Annual report or returns to the CAC. But that can not be said of many independent  ministries, churches, or other faith-based bodies.”
Vincent said as long as the trustees of a ministry, church, or other faith-based bodies are registered with the CAC, the founder or initiator can no longer legally claim ownership of that ministry, church, or other faith-based body.
“That church becomes a public entity and it is expected to follow the relevant rules and laws laid down in CAMA. The money of the church belongs to the church public.
“The church leadership must account for the money in that organisation. That money cannot be transferred or paid to any member of the association or the trustees except for a service rendered to the church. By law also, every church must have an Annual General Meeting where the books of the church will be published and the way money spent in the year explained.”

Founder can’t be a trustee

Barrister Vincent explained that it is not advisable for the founder of a ministry, church, or other faith-based body to be a trustee if such founder intends to derive monetary or other benefits in kind from the ministry, church, or the faith-based body.
“By being a part of the trustees the founder has forfeited the right to draw income from the organisation.
“He no longer has that right because the church is kept in his trust by being a trustee. If something is kept in one’s trust, one is not expected to tamper with it. Being a trustee, it is expected that you will watch over the organisation and ensure that its operations follow the law.”
Under section 839 of CAMA, the CAC can suspend the trustees of a charity and wind down its operation if there are reasons to believe its books are not clean. Or there is a mismanagement of resources.
“CAC can do that or any other regulatory steps to protect the property of the association just like the United Kingdom Charity Commission initiated, with regards to SPAC Nation in the UK,” Vincent said.
He explained further that a  founder of a ministry, church, or other faith-based organisation who is a trustee and wishes to relinquish his or her role can legally do so.
But according to him, such a founder has to return all cash and other infringing pecuniary benefits that have been drawn from the organisation before withdrawing as trustee.
Also, ministries, churches, or other faith-based bodies that want to de-register according to him can also do so.
“But they have to transfer the assets of such ministry, churches, or other faith-based body to another charity that is willing to take over their operation since by law they are not permitted to share the property of the organisation.
“It is believed to be public property acquired for the purpose of enabling the charity for which the trustees were registered and is not meant for private or individual ownership,” Vincent said.