Trending Now
Adeboye: Some women consider it privilege to sleep...
Despite challenges, God has been good to Nigerians...
Writers save lives, solve problems says Omotosho @...
Prince Harry’s book that hit 1.2m sales in...
Ex-Apola king, Idowu Animasawun celebrates 85th birthday with missions...
Nigeria can’t make progress if the Church is...
Peter Obi: I have not promised I will...
2023 elections and the imperative of divine timing
RCCG announces Prof. Aboaba’s passage says “He is...
The Paternoster Code: Debunking the age-long misconceptions about...
Home Columnist Church growth and planting controversy: My perspective (1) by Olatokunbo Odunuga 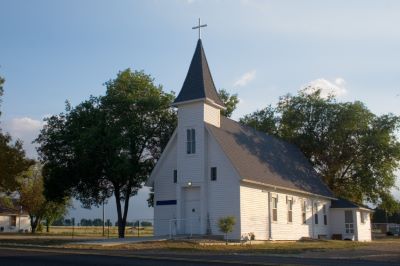 Last year I published a small book titled KJV-NIV Controversy, which was essentially apologetic or simply put a defence of the devastating negative misrepresentation of the NIV Bible.

Years back, an overzealous KJV enthusiast published an article that suggested that NIV has satanic affiliations. I endeavoured to establish that, indeed the NIV is far less “satanic” than the KJV and in fact several “kilometres” closer to the thoughts of the original “author” than the beautifully rhythmic KJV.

And because many people will not likely have access to the small book, and hence will not see the facts and references therein, I cited the startling statement that is readily accessible as in paragraph 3 of the Preface to RSV or NRSV Bible.

2.0 In the same vein, this article is an attempt to possibly re-orientate some inordinate perspectives in church growth that have been of popular preferences, especially in Pentecostals’ mindset.

From the controversies that had been recently generated as relevant to this present topic, it should be quite revealing to the average thoughtful observer, the pedigree and the spirituality of the contemporary body of Christ. There is an adage in Yorubaland that on the day an elephant dies, diverse brands of knives will be appearing from nowhere and also from the left, right and centre.

I have thoughtfully observed the different shades of opinions with regards to those pastors who were relieved of their office for not meeting the expectations of the denomination that engaged them.

When the “good, the bad and the ugly” in the land in terms of spirituality and maturity start throwing missiles, the configuration of some of which may be diametrically opposed to one another, one is at a loss, what position is safe to align with or tabernacle on.

I made a statement recently to this effect: “There are two versions of ‘Christianity’–the one in the Bible and the one in Bible Study Manuals; the one preached by the apostles and the one being preached by contemporary pastors.

4.0 I wish to consider Church Growth for now from the perspective of souls and look away temporarily from the building of financial pyramids. Spirituality and Kingdom agenda are more from the aspects of souls. If the mammon aspect is the big deal, a church needs not to embark on further evangelism if Leon Musk or Mark Zuckerberg joins that church. The Church’s “income budget” from virtually all the other hundreds in the church will likely be insignificant compared with the “revenue” receivable from Leon Musk alone!

5.0 If The Lord hinted us that there is joy in heaven over one sinner who repents…..and He himself did not pursue the rich young ruler, whom He invited to Discipleship Class and the man put the gear in reverse when confronted with the imperative of selling all his possessions and distributing the proceed to the poor.

The Lord continuously drums it into the ears of those who care to listen that one cannot serve God and Bishop Mammon. Virtually in every turn that our Lord took, He deemphasized the supremacy of money in kingdom matters. That’s why we need to correctly understand the generally misunderstood “money answereth all” in Ecclesiastes 10:19. I have given my perspectives on this enigmatic “Money Answereth All” some time ago.

6.0 Some analysts have tried to impress us that the Lord spoke concerning money in about 40% of the entire New Testament. I have not checked this analysis, but I can visualize what are His leanings and emphasis in the 40%. There were various emphases on money under the Law, in fact, it was stated that the Jewish religious leaders loved money and affluence, and the “high tables” in the synagogue, a replica of which, with due respect, is the chieftaincy titles conferred nowadays in some churches, especially to visibly financial members.

But in Christ Jesus a new Sheriff came to town, shooting from both hips and holsters, a new reality that de-emphasizes the majesty of money. If money was a matter of utmost importance as it seems to be nowadays to some extent, He would have relieved Judas of the office of Treasurer spontaneously and with “automatic alacrity”.

7.0 Please look around for Church leaders who would give a Judas a second chance the moment they realize or suspect that the church treasurer had been building a mansion in his/her village out of the content of the treasury. But Jesus knew all along of the light-fingertedness of Judas, yet did not reassign Him, even to my surprise! No matter how apparently holy the ministers of any denomination may be, the Church authorities would likely still appoint internal and external auditors, except that the audit mandate may probably exempt the lead pastors.

8.0 Please, I’m not advocating that churches should condone thieves as managers of their resources, but just relaying the anxiety-free attitude of our Lord to Mammon. I’m in a close relationship with a ministry where after the Auditors submit their reports, the leader tears up the report as soon as the Auditors are out of sight. He didn’t have much space in his head and heart for mammonic matters and distractions.

The erstwhile leader of that ministry, in my opinion, had written more Christian books than anyone, living or dead since Adam. Many ministers who have passed through Business Schools and allied institutions may not be complimentary towards such leadership that seems “negligent”. I can understand their position but I know enough of that ministry to vouch that living “dead” men are put in charge of financial matters. Hence auditing may be superfluous, though such a scenario is an enviable exception. However, for our information, we have such exceptional precedent in the Bible [ 2Kings 12:13-15].

9.0 My beloved, has your church started experimenting 2 King 12: 15. If so, praise the Lord! Once again, I’m still not saying 21st-century churches should throw overboard accountability especially if many of the ministers in charge of the various treasuries are of the pedigree of which David raised an alarm in Psalm 12: 1. I’m dwelling much on these financial matters because no matter how our churches stress that they are more concerned with souls brought into the kingdom; one needs not to be a rocket scientist or an Ahithophel who can readily see through to realize that a church of 100 members with $Im monthly income or revenue is likely to be endorsed and commended by the pastor over and above a church of 1,000 with N1m monthly income. Let’s declare the truth so that the devil may be put to shame.