Trending Now
Adeboye: Some women consider it privilege to sleep...
Despite challenges, God has been good to Nigerians...
Writers save lives, solve problems says Omotosho @...
Prince Harry’s book that hit 1.2m sales in...
Ex-Apola king, Idowu Animasawun celebrates 85th birthday with missions...
Nigeria can’t make progress if the Church is...
Peter Obi: I have not promised I will...
2023 elections and the imperative of divine timing
RCCG announces Prof. Aboaba’s passage says “He is...
The Paternoster Code: Debunking the age-long misconceptions about...
Home News We are committed to making 2023 work- Christian Conscience
News

We are committed to making 2023 work- Christian Conscience 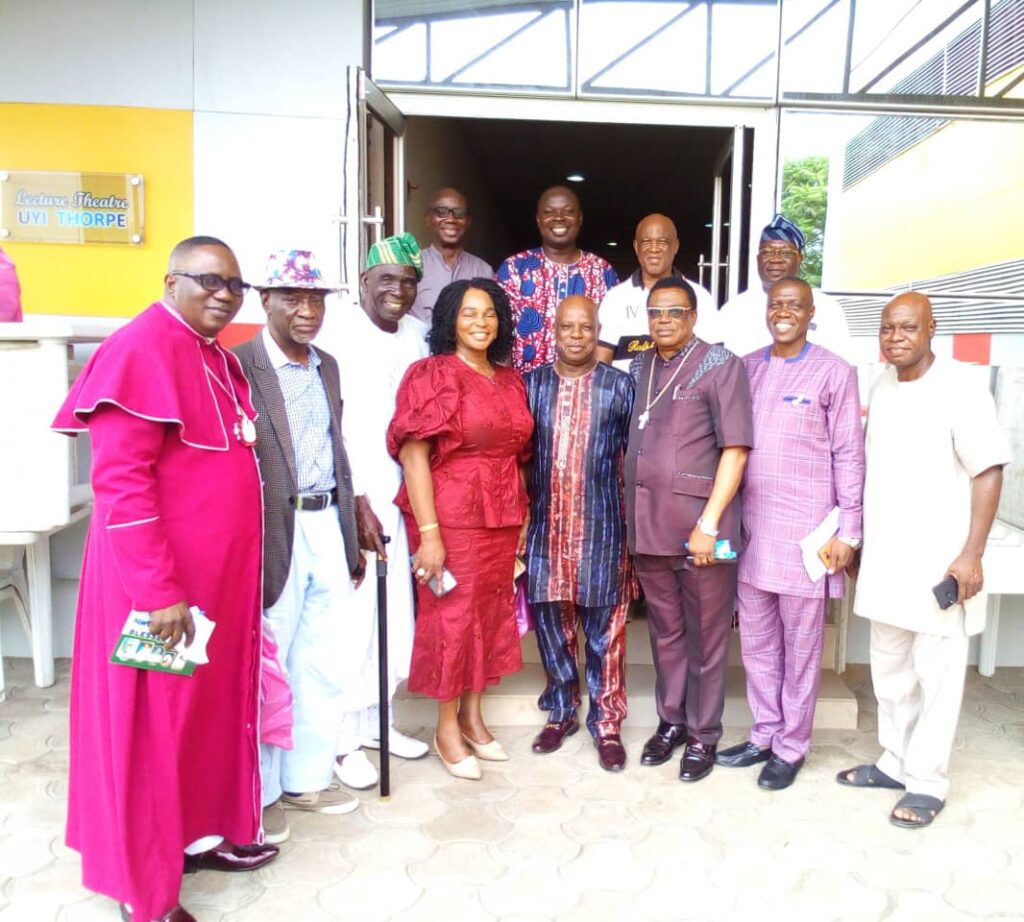 Executives of the National Conscience after the group’s meeting on Friday, February 4

The Christian Conscience, a non-denominational and non=government group has expressed commitment to the success of the 2023 electoral process even as it urged Nigerians to imbibe a God-fearing culture.

The group made the commitment at the end of its monthly meeting at Ikeja, Lagos on Friday, February 4.

In a statement jointly signed by its National Chairperson, Dr. Mrs. Yetunde Akinluyi, and the National Secretary, The Revd Dr. Kolawole Verrals, the group said many programmes have been outlined in the build-up to 2023.

“These programmes will sensitize the citizens, politicians, and relevant organs of government that will be involved in the political processes.

“We intend to achieve this through symposia, workshops, road shows, and lectures, not only in Lagos but in some states of the federation”

The group noted however that there is a need for both the followership and the leadership to collaborate for good governance and a successful democratic process.

Part of the statement reads, “It is the desire of everyone to have a nation where there is peace, justice, and a viable economy. The only way that could be a reality is when the followers cooperate with the leaders. We are in a situation in our nation where we can’t continue the blame game. Every hand has to be on deck to see to the progress of the nation. That is why we are appealing to all Nigerians to cooperate with leaders at various levels for the good of the nation.”

Christian Conscience also noted that the need for godly principles in governance cannot be overemphasised.

The group then called on all Nigerians to fully participate in the 2023 electoral processes.

The Christian body states, “It is when we go out to exercise our civic rights that we can usher in the desired change. It is the only way we can facilitate a national rebirth”