Trending Now
Adeboye: Some women consider it privilege to sleep...
Despite challenges, God has been good to Nigerians...
Writers save lives, solve problems says Omotosho @...
Prince Harry’s book that hit 1.2m sales in...
Ex-Apola king, Idowu Animasawun celebrates 85th birthday with missions...
Nigeria can’t make progress if the Church is...
Peter Obi: I have not promised I will...
2023 elections and the imperative of divine timing
RCCG announces Prof. Aboaba’s passage says “He is...
The Paternoster Code: Debunking the age-long misconceptions about...
Home Columnist The Chidinma conundrum and notes from the Bible 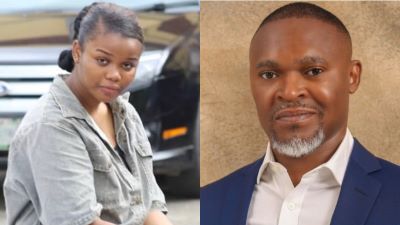 The Chidinma conundrum and notes from the Bible

“There be three things which are too wonderful for me, yea, four which I know not: The way of an eagle in the air; the way of a serpent upon the rock; the way of a ship in the midst of the sea; and the way of a man with a maid. Such is the way of an adulterous woman; she eateth, and wiped her mouth, and saith, I have done no wickedness” – Proverbs 30: 19 & 20.

As the Acting Deputy Editor charged with the editing of the Sunday PUNCH in the early 1990s, I traveled to Katsina State in hot pursuit of story items and was well received by Saka Ibrahim (where are you?), the PUNCH Correspondent there at the time. I arrived at Katsina and wanted to hit the ground running but Saka told me to relax, promising to return later in the evening to take me to places of interest.
I waited and waited. Five pm, six, seven! It was not in these days of phones everywhere. When it was 8 pm, I had my dinner; at 10 pm, I went to bed. But by 11 pm I heard “thud, thud” on my door. “And who is that?” I bellowed. “It is me, sir, your boy, Saka”!
I opened the door and he walked in smiling. I was furious! How can you disappoint and then walk in majestically, smiling? Didn’t you promise to take me out? Why are you just coming by this time? Saka smiled and said, “Oga, this is not Lagos. You are in the North. You won’t see anything if you go out in the afternoon or evening. Let’s go, sir”.
I was confused but I dressed up and followed him. Oh my God! Saka took me to one joint after another patronised by the movers and shakers of Katsina. “Oga, this is the Grand Khadi so and so. Rankadede Sir, meet my editor from Lagos” That way, Saka took me from one table to another as he introduced me to Commissioners, judges, permanent secretaries, top business moguls, titled chiefs, religious leaders, name it.
Alcohol flowed freely; young girls accompanied the Sugar Daddies in their babaringa. It was the first time I would see under-aged girls in such full flight with men the age mates of their father and grandfather.
Saka saw my shock and told me I hadn’t seen anything yet. They love them young here, he said. Ten, eleven, twelve!
By the time they are 13 or 14, they are already getting too old. It doesn’t sound strange to me any more now. We have so many examples of our leaders marrying 13-year-olds and girls the age of, or even younger than, their own daughters. How do men sleep with girls younger than their daughters? What thoughts run through their mind? In case you think this happens only in the North, recall an ex-governor of a BENDEL state who remarried after the death of his wife. How old was his new “Oyinbo” wife? E fit born am, as they say!
When Colonel Mohamed Buba Marwa (as he then was) was the military administrator of old Borno State (now Borno and Yobe), I visited the state to do stories as the Features Editor of The PUNCH. I toured the state with Marwa and in one of the towns we visited, the principal of a Girls’ school, a lady, knelt and begged Marwa to help raise the school fence.
She complained that Sugar Daddies were not allowing the girls to stay in school. Weekends were particularly problematic as randy men came from the cities to swoop on the girls. The girls would jump the fence to meet their suitors.
I once interviewed a military governor in the same core North; we finished around 2am and His Excellency led me into another section of the Government House. Assorted meals, exotic wines, and pretty young girls filled the room. He told me: “Bola, you are on your own. You no see me, I no see you!” He picked his choice and vamoosed into the dark!
Again, in case you are minded to think this happens only in the North, I witnessed it also down South. One day I decided to poke-nose as I entered the venue of one virtually nude party hosted by His Excellency. Pant-less and scantily dressed young girls had been ferried from tertiary institutions around. Against all advice, I entered the hall. It was the first time I saw girls smoke from something that looked like a board.
“Pastor, that place is not for you” one aide had warned. I insisted I wanted to see. Oh my! I did not last five minutes before I rushed out. Let me not describe what I saw in those few minutes! Ezekiel 8 rang in my brains; where God bemoaned the great abominations perpetrated by his people, as a result of which he swore to deal with them “in fury” Saith the Lord: “Mine eye shall not spare, neither will I have pity: and though they cry in mine ears with a loud voice, yet will I not hear them” (Ezekiel 8: 18).
In case you think only the people in Government do these things, I tell you it cuts across. I went in the company of some professional colleagues to interview a governor in Gombe. After we settled down in our accommodation, my friends went to town and came back with suya, drinks and fine babes. They gave me the courtesy of choosing first. I thankfully took the suya and some drinks but declined the babes.
They were not happy! It meant the babes were now surplus to requirement. They did their best to convince me: After all, this is Gombe and your wife is far away in Lagos. No one will see you. But will God see me? And will the devil see me? Will the accuser of the brethren fail to report me to God? (Revelation 12: 10).

Chidinma: Million Chidinmas on the prowl

The Usifo Ataga in many of us! So also are there a million Chidinma Ojukwu on the prowl. It takes the grace of God to avoid the delicate webs they spin. Many men have died unknown, unsung, unnoticed – victims of the Chidinmas in our midst and of their own passions and or mistakes. But this is not to apportion blame! I am no saint! A saying of our people is that everyone is a thief, only those who get caught are the confirmed felons. If the litmus test applied by Jesus is revisited here, how many dare cast the first stone? (John 8: 7).
Tell me, between love and lust, both of them a four-lettered word, whose pull is stronger? Some of the greatest human tragedies have been caused by love or lust. Witness, for instance, the Shakespearian story of Romeo and Juliet! The Trojan war was fought over a woman. Be it love, the type that Samson said he had for Delilah (Judges 16: 4), or lust (the type that drove Reuben to sleep with his father’s concubine (Genesis 49: 3 & 4) or David with Bathsheba (2 Samuel 11 – 12) and Judah with Tamar (Genesis 38: 1 – 30), otherwise great destinies have been ruined and unimaginable human misery visited on the hapless and the unlucky.
One reason why I love the music of the late juju musician, Orlando Owoh, is that they are didactic. In one of his evergreen songs, Orlando prayed that may we not fall into a woman’s pit. It is deep; nay, a bottomless pit! It’s never filled, never satiated!
These days, many come into easy money; especially in a corrupt country like Nigeria. No one who makes money the hard way spends it the way the so-called Sugar Daddies, Big Boys, and Aristois do. For them, it’s like in the days of Yakubu Gowon’s Nigeria when the problem was not money but how to spend it. Love of money has taken over all over the place.
Morals have been thrown to the dogs. Poverty bestrides the polity like a colossus. In many homes, parents can no longer properly fend for their children. Children have become the breadwinners. Virtues of good name and good conduct are no longer celebrated. Money made by any means rules the waves. And, then, this is the Digital Age; our children ape the West; it is called civilization. Everything “Western” is imported and swallowed hook-line-and-sinker. Copy-cats! Join the Joneses!
Sacrificing or suspending Chidinma will not stop the party! The rot is deep and systemic. And the rain did not start beating us yesterday. Address the system which has failed on all fronts. Leadership failure is responsible for this house that is falling everywhere we turn. Ironically, the same failed leaders are in the forefront of those shouting “Crucify her”! If the universities in particular, and the educational system in general, have not failed us, why should a Part Three university student unravel this badly?
How many more Chidinmas do we know are practicing their illicit trade and peddling their wares in our citadels of higher learning? And how many Ataga’s in the Ivory Tower whose Nemesis lie ahead? So now is the time some lecturers at UNILAG knew Chidinma did not attend lectures! See how desperately they are trying to disown her! Has she been found guilty? How come some people are already talking of suspending her? If she is not suspended, will that interfere with ongoing police investigations? And if Chidinma were their daughter – or the daughter of a highly-placed Nigerian – would the story not have been different?
0 comment 0 FacebookTwitterPinterestEmail