Trending Now
Adeboye: Some women consider it privilege to sleep...
Despite challenges, God has been good to Nigerians...
Writers save lives, solve problems says Omotosho @...
Prince Harry’s book that hit 1.2m sales in...
Ex-Apola king, Idowu Animasawun celebrates 85th birthday with missions...
Nigeria can’t make progress if the Church is...
Peter Obi: I have not promised I will...
2023 elections and the imperative of divine timing
RCCG announces Prof. Aboaba’s passage says “He is...
The Paternoster Code: Debunking the age-long misconceptions about...
Home News Why we are backing CBN monetary policy-  Kaduna CAN chair 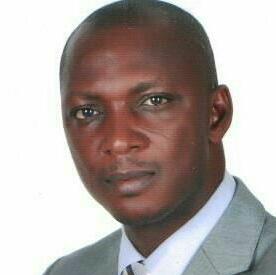 Why we are backing CBN monetary policy-  Kaduna CAN chair

Chairman of the Kaduna State Chapter of the Christian Association, Rev Joseph Hayab has explained why the Kaduna CAN is in support of the new monetary policy of the Central Bank of Nigeria.

Hayab was quoted in a news report on Wednesday to have kicked against the attempt to drag the CBN governor, Godwin Emefiele on the floor by some Nigerians over the policy.

He expressed concern over the purported plot to arrest Emefiele because some people don’t like the policies on the naira redesign and the new cash withdrawal limits.

Hayab however explained to Church Times in a telephone interview on Thursday that he was not interested in the politics of the monetary policy as some people may think adding that his intervention in the matter is altruistic.

He said, “there is a need to support the policy because to a large extent it will help curb terrorism in the country.”

While stating that he had not met the CBN governor, Mr. Emefiele before, he said, “In Nigeria, there is a way people try to rubbish a good policy. And if the policy is not given adequate backing it may be thrown away. That is why we have to come out to lend our support to the policy. ”

He said those who pay bandits money will appreciate the policy because to a large extent it will help curb kidnapping and terrorism.

“Now the bandits know they can’t get the kind of cash they are asking for. And they won’t want to ask you to make a transfer because the account could be tracked. Those of us who have had to pay money to bandits to free our people in Kaduna are at the receiving end. But with this policy, banditry will not thrive the way it used to.” Rev Hayab said.

He expressed shock that some politicians were against the policy adding that any policy that will help check terrorism should be supported by well-meaning Nigerians. “I am not an expert in economics. I am just looking at the merit of the policy and how it will help curb terrorism.”

On reports that the bandits have started demanding the new notes, he said, “I am not aware of that. But all I know is that the cash withdrawal limit will make them realise that they can’t deal in cash the way they used to and that may well mean business is over for them. I believe if the monetary policy is followed to the letter it will help to curb terrorism.”

How counting your blessings can give you a turnaround this season