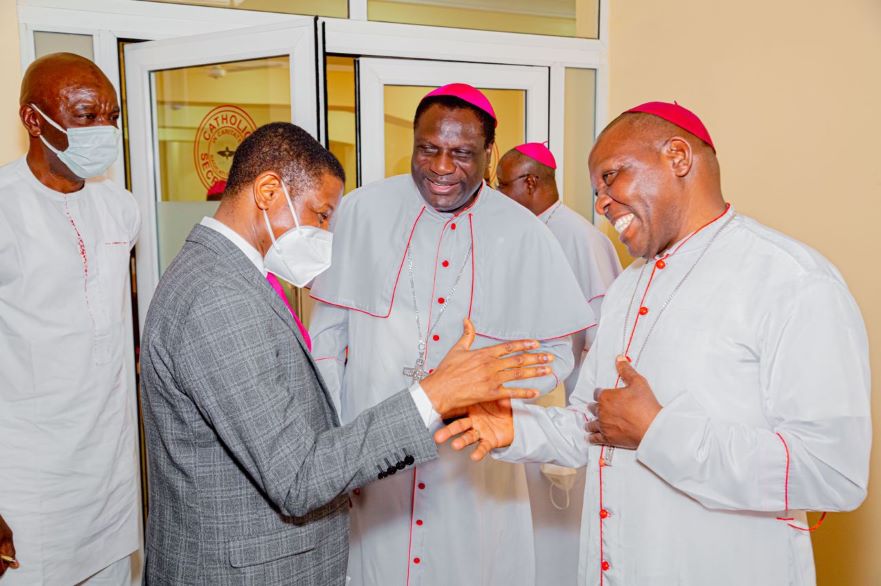 The Catholic Archbishop of Abuja His Grace, Most Rev. Dr. Ignatius Kaigama has been appointed to lead the 2021 main/2022 Easter pilgrimage to Israel, Rome, Greece, and Jordan as spiritual Father.

The Executive Secretary Nigerian Christian Pilgrim Commission, Rev. Dr. Yakubu Pam made this known while addressing the Catholic Bishop Conference of Nigeria in their first plenary in Abuja on March 10 at the Catholic Secretariat of Nigeria.

The appointment of Kaigama is coming just as the NCPC boss was decorated with two awards by the Arewa Media Publications.

The media outfit conferred on  Pam the award of Excellence as Public Service Person of the Decade and Top Best Run Government Organisation of the Decade.

While appointing the catholic archbishop to lead the easter pilgrims, Pam noted that the Catholic Church has been instrumental to the preservation of the Christian Holy Sites in the world.

He lauded the Catholic Church for putting time and resources in the preservation and building of cathedrals and maintenance of its facilities to make sure history is preserved.

Pam said, “in my One year Eight months in office, I must commend the leadership of the Catholic Church worldwide for making sure most Christian Holy sites in the world are well kept and preserved.”

He  praised the preservation of the Church in Antioch in Turkey and Mount Nebo in Jordan.

He said, “I was in Turkey in Antioch were Christians were first called Christians and Tarsus the house of Paul and also Mount Nebo in Jordan all these were well preserved by the Catholic Church.”

He expressed deep appreciation to the Catholic Church noting also that the Church was instrumental to the establishment of the NCPC Act.

He used the opportunity to inform the church of his meeting with the Ambassador of Italy to Nigeria who he said, informed him that all COVID-19 travel restrictions have been lifted.

He stressed however that the Ambassador also made it clear that no Pilgrim will go to Rome except through the regulating body of the NCPC.

Rev. Pam disclosed that since the restrictions to Rome have been lifted NCPC will commence in full its Pilgrimage to Rome, Israel, Jordan, and to Israel-Rome accordingly. 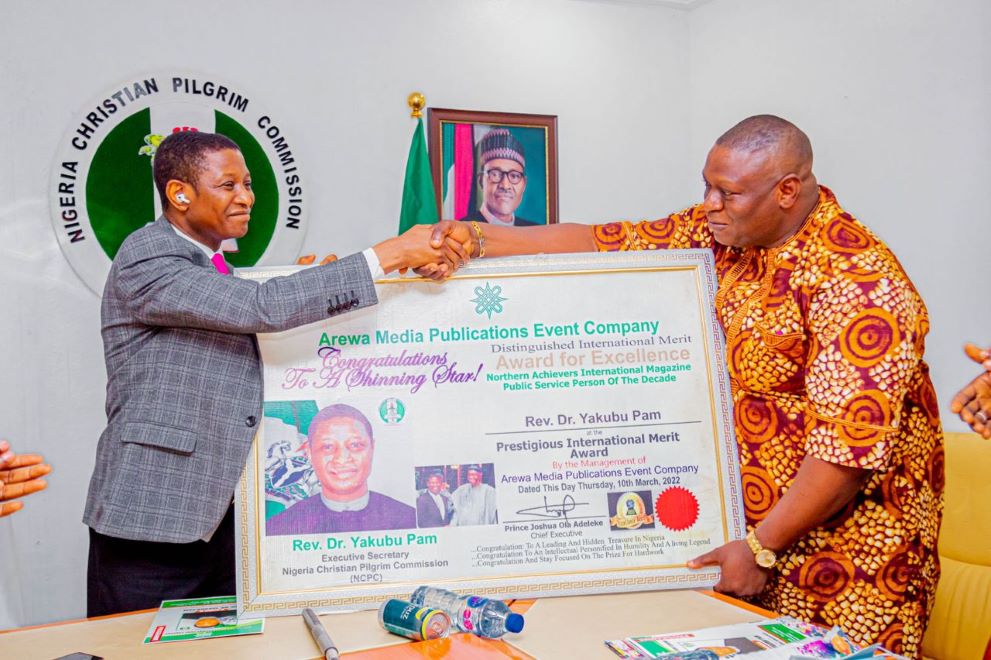 The award according to him is a big booster, “this comes as a way of National unity, a way of building relationships”,  he said.

He thanked the media organisation for finding him worthy of the awards.

He then called on other public servants and leaders in the corporate world  to do things the public would appreciate, promising not to relent in promoting peace.

While presenting the award, Publisher/Editor in Chief of the media house Prince Joshua Adeleke described Rev Pam  as hardworking, innovative and dynamic.

He praised the contributions of Rev. Pam towards the growth of mankind and peace.

He said, “you have been a good ambassador intervening through the arms of NCPC; bringing peace and dialogue to Southern Kaduna and holding a peace summit in Lagos immediately after the End-Sars protest.”

Why God allowed the war in Ukraine-Sunday Adelaja, says, “God is not asleep”

International Women’s Day: Angel or Bitch, Who is She?