Trending Now
A “widow’s” lamentation and lessons for RCCG, others...
God’s word: A case for non-English speakers in...
Adeboye: Some women consider it privilege to sleep...
Despite challenges, God has been good to Nigerians...
Writers save lives, solve problems says Omotosho @...
Prince Harry’s book that hit 1.2m sales in...
Ex-Apola king, Idowu Animasawun celebrates 85th birthday with missions...
Nigeria can’t make progress if the Church is...
Peter Obi: I have not promised I will...
2023 elections and the imperative of divine timing
Home News Why God allowed the war in Ukraine-Sunday Adelaja, says, “God is not asleep” 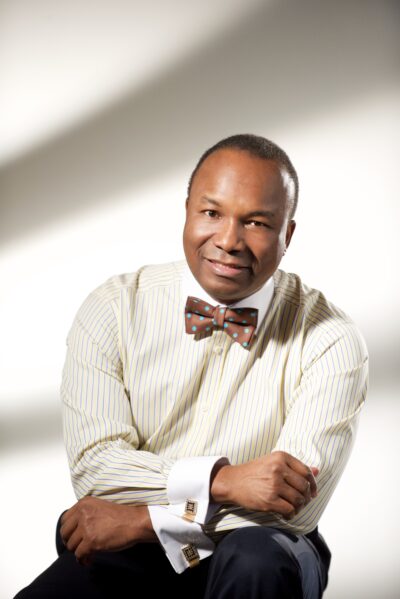 Why God allowed the war in Ukraine-Sunday Adelaja, says, “God is not asleep”

Nigerian-born Pastor of Embassy of God Church in Ukraine, Sunday Adelaja has given insight into why God allowed the war in Ukraine making reference to a revelation God showed him in 2016.

Adelaja who is currently a refugee in another country in Europe following the war said in a Facebook video post that as far back as 2016 God had shown him a vision that has now confirmed the reason for the war.

He said in the revelation he saw his church turn to lava and was spreading to many countries in Europe.  “I saw our church spreading across Europe like a river of fire”

According to him, it was during the revelation God spoke to him to leave Ukraine for Africa. “When God asked me to leave Ukraine and come back to Nigeria I was asking God what would happen to the church. He told me I should not worry about that.

“I heard God say to me don’t worry about what you have done and all the investment in Ukraine. I am going to scatter them all over the world. They are going to be like a thick fire that will burn all over.”

I was preparing to come to Africa

Adelaja said since that 2016 he has been putting his house in order preparatory to return to Nigeria. He said he relinquished his involvement in the church. “I had to cut down my involvement with the church.

“I preached just once a month in the General church where we have the large congregation. My involvement in many other activities was cut down. That was when I started the internet ministry.”

He said when the war broke out, his mind flashed back to the revelation.

While noting that Ukraine is presently the most Christian nation in Europe, he said, “God allowed the war to scatter the people to neighbouring countries so they could carry the fire of revival to those countries.”

According to him, many Ukrainians never believed the war will happen. “I was in France a week to the war. I was about to come home when the immigration officers advised that I should stay back in France that they were ready to give me refugee status. But I insisted I was going back to Ukraine because I believed, there won’t be war. Besides, I needed to go and meet my people”

God is not asleep in Ukraine

He said  80 percent of Ukrainians did not believe Vladimir Putin would launch a full-scale attack on the country.

While declaring that he was not trying to justify the war, he said,  “I know what God is doing with me and why he had to allow me to leave Ukraine.  I have invested 36 years of my life building people up and training people in Ukraine.

“When the war started it’s a shock we could not leave with anything. Over 700 churches in the country were left behind. I see the hand of God in all these. As painful as it is, I want to say God is not asleep in Ukraine. As hard it might sound to my people, I want to say no hair of their head will fall down without God’s permission.”

He said the war would not have happened if God had not allowed it. “ God rules over Putin, he rules over Russia. The war is going to bring fire from Ukraine to other parts of Europe”

Adelaja said he was able to leave Ukraine because he still has his Nigerian passport. He said Ukrainians between the ages of 18 and 65 are not allowed to leave. “All men stayed back to fight the war. Only women were allowed to leave. Some of the women left their husband behind.”

He then appealed to the global church to embrace the Ukrainians that have been able to escape the country. “This is the time for the Church to take Ukrainians in. If the body of Christ worldwide will listen to this voice of compassion and embrace Ukrainians, it will create a wave of revival all over the world. Many of them are ready to embrace faith now.” he said.