Blame Christians in govt for Nigeria’s woes, not only Buhari- Cleric 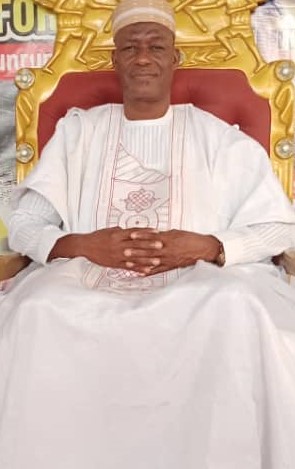 The founder and General Overseer of Christ Apostolic Church, CAC, Warrior For Christ Mission, Fagba, Lagos, Prophet Solomon Ajao has said Christians in government, as well as President Mohammadu Buhari, are to blame for the woes in Nigeria.

Prophet Ajao made the observation at the 12th Annual Convention and Thanksgiving Service of the church on Sunday, August 28.

He asserts that “God is light and where there is light darkness will disappear.  Is there light in Nigeria now? There is no department in the government where we do not have Christian leaders. The question is: what impact have they made?  They are simply not living up to their calling.”

We are the light

Prophet Ajao and his wife

He said further that people who claim to be Christians who are in positions of authority should use such positions to glorify the name of God by doing the right thing.

“The opportunity to serve should be used to effect change in society because we are agents of change. There are many Christians in politics who are not different from the unbelievers we complain about.”

He advised Nigerians not to pick on President Mohammad Buhari alone but to also blame the Christian leaders who are part of the degradation of the country.

“We are not even supposed to blame the president alone. The church leaders and Christians in government should be blamed too. Some of the people who are presently working with President Buhari now are Christian leaders but what have they done to change the lives of the common people?

While noting that the president is not alone in decision-making, he said, “The Christians who are at the helm of affairs definitely have performed below expectation.  They are fond of lies. They feed the president with lies and give the impression all is well when all is not well.”.

Ajao observed that some church leaders are actively involved in politics yet they pretend they don’t know what is going on in the government.

He also took a swipe government and politicians saying the demand of the Academic Staff Union of Universities, ASUU which has been on strike for about six months could be met by some politicians and individuals if they have the love of the students in their hearts. They were able to buy nomination forms for N100 million. Yet our students are languishing outside the university.”

The cleric further stated that “the purpose of the church on earth is to propagate the gospel irrespective of where we are or what we are doing. It is also to ensure our service to humanity is not found wanting.”

Ajao who has been in ministry for over 30 years, told Church Times that he is always excited when he sees people submitting to the Lordship of Jesus.

“I am always happy when I see people submit to Christ. The grace to preach the gospel again as always gives me joy. Our primary assignment here is to propagate the gospel of Christ in order to deliver people from satanic bondage”

Our goal is the kingdom

Explaining the theme of the anniversary, which is,  do you understand what you are hearing, he said,  “Some people just attend church because they need a miracle, they are not in church for the salvation of their souls.

“They spend a lot of money for good works in the church. They can build churches, and buy cars for pastors but they do not know what salvation is. Such people need to come to a place of understanding”

While declaring that God will bless those who spend on church and bless their pastors, he said, “Jesus did not only call us because of blessing alone but also wants us to inherit the kingdom of God. That is what should be our emphasis. We need to seek the kingdom of God first then every other thing will be added to us”.

The 3-day event featured a seminar, drama, and song ministration.

It was held at the Church headquarters located at 9, Railway Line off Jonathan Coker Road, Fagba, Lagos.

The expansive church building which was set ablaze during the Endsars protest in 2020 is yet to be rebuilt despite Prophet Ajao’s pleas to the government and individuals.

But the place was filled with people during the anniversary. They were all clad in white and danced to the rendition from the “warrior voices” under the tent.

Prayer and Fasting: Keys to Set The Captives Free (Part 1) by John Abiola