Trending Now
A “widow’s” lamentation and lessons for RCCG, others...
God’s word: A case for non-English speakers in...
Adeboye: Some women consider it privilege to sleep...
Despite challenges, God has been good to Nigerians...
Writers save lives, solve problems says Omotosho @...
Prince Harry’s book that hit 1.2m sales in...
Ex-Apola king, Idowu Animasawun celebrates 85th birthday with missions...
Nigeria can’t make progress if the Church is...
Peter Obi: I have not promised I will...
2023 elections and the imperative of divine timing
Home News Apostle Arome recounts tragic story of his mentor in ministry 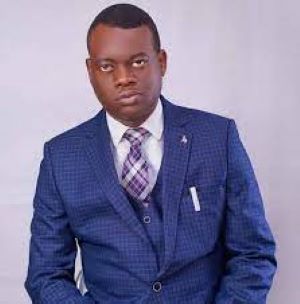 Apostle Arome recounts tragic story of his mentor in ministry

Setman of Remnant Christian Network (RCN) headquartered in Makurdi, Benue State, Apostle Arome Osayi has recounted the story of an unnamed Nigerian prophet whom he said mentored him in ministry.

Osayi recounted the story while preaching from John 15v2.

Giving an insight into the scripture, he urged his listeners to hold fast to the faith warning that being in Christ does not guarantee that one cannot fall away.

He added that those who bear fruit on the other hand will be purged so they could bear more fruit. He explained however that the purging may not always be palatable.

He then narrated an experience that has to do with his mentor who he said was heavily anointed.

He said the mentor whom he did not mention was so anointed that he had the capacity to see into the spiritual realm effortlessly.

Arome who recounted many spiritual strides of this man said he was so gifted that he had the capacity to know what people around him were thinking.

“He could tell you the things you did behind closed doors effortlessly. He had so much grace whenever he ministers that miracles happened in his ministry without stress. His life challenged me. He was the person I saw and I said to myself, this is truly a man of God.”

He however said things began to go down for this mentor when he began to gravitate towards money.

Arome recalled how he was the one who helped him to secure a visa with which he travelled out of the country on invitation by some foreign countries where he went to minister God’s word.

He said after ministering in one country, the prophet was invited to several other countries. “The invitations were so many that he could not come back to his family for two years. That was where the problem began.”

Arome said the man had become exposed to a lot of money and affluence that he could no longer hold fast to his confession of faith.

He said at a point in the cause of the foreign trip he was given $1million by one of the presidents he went to minister to. He also enjoyed red carpet treatment in some of the countries he visited,” said Arome

Arome said all this got into his head that he forgot those he used to work with. “The man forgot me. But he had once told me in the course of mentoring me that I would one day leave him.”

He said the day he knew the man had completely gone down was when he organized a programme and he was asking why I did not invite him.

While warning that exposure to pleasure and wealth without preparation is dangerous, he said, “The man I am talking about was so gifted and anointed that I used to abandon my lectures while in school to go and carry his bag.”

Arome: I have learnt to lie low

Apostle Arome warned against being carried away by affluence. “I have learnt a lesson from him not to allow anything to get into my head. I should remain humble. I worked in the oil company for 16 years. I had so much money to build a house every year in any country of my choice before I came into ministry. But I could not do that because my heart has been sold to Jesus. All I am interested in is the kingdom. That is why I can’t do anything for money.”

He noted that Nigeria is the 8th most violent country in the world adding that God wants to do many things through his children to bring back the glory of the country.

He reasoned that if 90 percent of Christians allow Christ to manifest in their lives, the story of Nigeria will change.

Many Christians from his views are not producing fruit noting. He noted also that for believers who bear fruit, the purging experience is not always pleasant. “the life of a fruitful man in the arrangement of Jesus is not a peaceful one. If you are doing badly there is a threat. If you are doing well there is purging. He then called on Christians not to despise the purging of God”

45 years of marriage, our story by Apostle Israel Oku and wife