Trending Now
A “widow’s” lamentation and lessons for RCCG, others...
God’s word: A case for non-English speakers in...
Adeboye: Some women consider it privilege to sleep...
Despite challenges, God has been good to Nigerians...
Writers save lives, solve problems says Omotosho @...
Prince Harry’s book that hit 1.2m sales in...
Ex-Apola king, Idowu Animasawun celebrates 85th birthday with missions...
Nigeria can’t make progress if the Church is...
Peter Obi: I have not promised I will...
2023 elections and the imperative of divine timing
Home Columnist Divorce: Why the Heat is on the Church 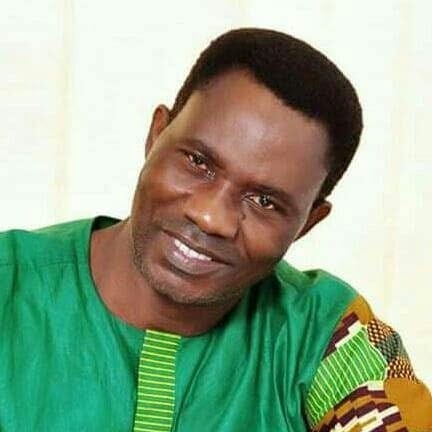 Divorce: Why the Heat is on the Church

The uproar that greeted the deaths of star worship leader, Osinachi Nwachukwu, 42, and former banker, Chinyere Ogudoro, 47, allegedly due to abusive treatments unleashed on them in their respective marriages, apparently brought the Christian doctrine on marriage under scrutiny.

The church is the Body of Christ on earth. It is the assembly of God’s people wherever they are located. Beyond the four walls of buildings and auditoriums, individuals that are truly born again are members of the Church of God irrespective of their sects, denominations, colours, races, or languages.

God holds the institution of marriage so dear to Himself because the entire global population is the summation of family units. Nobody drops the sky; even Christ was born in a family to fulfill the law of procreation.

The church’s doctrine on marriage is sacrosanct. Her teachings are aimed at protecting the sanctity of holy matrimony. The problem is that we dwell on the letters of the Word more than on the Spirit of the Word. Paul the Apostle warned that “the letter kills, but the Spirit gives life.” 2 Corinthians 3:6).

The carnal and mental interpretations of the Word do engender confusion, conflict of opinions, and divisions along with denominational sentiments. On the issue of marriage and divorce, in particular, the letter is killing us! We need the help of the Holy Spirit through whose inspiration the Word was written (2 Timothy 3:16) for the Rhema to unravel the mystery behind the knotty issues.

The church regulates the conduct of her members through the doctrine of Christ. Marriage as an institution ordained by God Himself has the Word as its manual. Sadly, most of us, including seemingly sanctimonious believers, have violated and are still violating His rules and principles on marriage. The human failure gave rise to divorce! As rightly affirmed by Jesus, it was not so from the beginning. (Matthew 19:8).

In view of the reality of our contemporary world, divorce, unfortunately, has become part of the marital problems we have to live with. It is true that God hates divorce. It is true that divorce is hurtful. And it is true that divorce is capable of truncating the dreams and aspirations of people involved with their children as victims. However, divorce is still a preferred way out of abusive and life-threatening marriages. Nothing could please God more than a divorce done in order to stay alive. It is only the living that can worship God.

Osinachi’s death sparked an avalanche of criticisms against the anti-divorce doctrine of the church. The reason was that many Christians have suffered abuses of varying degrees in their troubled marriages but the fear of stigma, ostracization, and condemnation by their fellow believers and the church leadership kept them perpetually subdued until some died while several others developed serious health issues as a result.

The question agitating the minds of rational thinkers and pragmatic believers has been that is it that God is satisfied with the plights of His children in marital turbulence, preferring their death while trying to keep to religious dogma? Never! He’s a compassionate Father.

Jesus described God as our Father (John 20:17). Therefore, no father will allow his child to die prematurely in a bad marriage for whatever reason. The essence of marriage is companionship, friendship, and fellowship. God’s blessing of procreation through which mankind replenishes the earth with godly seeds is embedded in companionship.

It is obvious that the misconstrued doctrine against divorce is largely due to the literal interpretation of the scripture which is based on the letters and not the Spirit of the Word, and this had brought about conflicting opinions. I have written in this column previously that church fathers should convey a solemn assembly where knotty and contentious marital issues like divorce, separation, polygamy, and single parenthood will be discussed and acceptable decisions reached. We have the mandate to so decide as members of the Body of Christ (Matthew 18:18-19).

When there was a disputation in the early church regarding circumcision, the leaders of the church converged in Jerusalem under the leadership of the Apostles of the Lord and the elders. The matter was debated and an acceptable decision was taken (Acts 15). Doctrinal issues are within the purview of church leaders to decide by the leading of the Holy Spirit.

This challenge, I earnestly pray, that church fathers in Nigeria would accept to undertake. The Pentecostal movement under the leadership of the Pentecostal Fellowship of Nigeria, PFN, can initiate the move for the larger Christian body to be involved.

Before I conclude, I like to share a portion of my former boss and big brother, Bola Bolawole’s column on Wednesday while writing on the late Osinachi Nwachukwu’s death. He analysed the “putting away” (divorce) from the prism of the Spirit and not the letters of the Word thus:

“This is the “putting away” or divorce that God hates: “For the LORD God of Israel says That He hates divorce (putting away), For it covers one’s garment with violence,” Says the LORD of hosts. “Therefore take heed to your spirit, That you do not deal treacherously” (Malachi 2:16).  God was talking more specifically to the man than the woman.

The practice must have been prevalent then, as it is now, that men, when they have become wealthy or fulfilled, when their social status is an upswing, they suddenly realise they need a more beautiful, more educated, more socially savvy, and more “lepa” wife to fit into their new social status.

The wife of their youth, probably after a few children and years of child-bearing, no longer possesses the magical “figure-eight” or has become too old for comfort, and a younger, fresher damsel is thus needed to take her place. God says: Do not put her away! That was the “putting away” that God hates; not a woman fleeing the evil of an abusive or life-threatening marriage. God did not condemn women to ‘stay put’ in an abusive or life-threatening marriage.”

By the above analysis, Bolawole has logically brought to the fore God’s quest for justice, fairness, and equity in favour of the first wife otherwise known as the “wife of your youth” against the selfish and oppressive tendencies of the men.

In conclusion, the heat came upon the church because it is the only Christian doctrine that fundamentally abhors separation and divorce. Likewise, by the doctrine of assimilation, the faith discourages polygamy. To date, the issue of polygamy is throwing up theological debate in the context of cultures, traditions, and orientations of contemporary societies.

Situations, whereby the church leadership and the laity impose punitive measures and stigmatize members whose marriages failed, will further entrench the idea of enduring abusive marriages which could lead to more spousal murder cases.

Jesus never judged nor condemned anybody. Even the woman caught in the act of adultery, He forgave and let her go. “I judge no one,” He said (John 3:17 & 8:15). Therefore, let’s rally support, love, and care to those quitting abusive marriages. Brethren in life-threatening marriages should please cry out for help! It is our duty to love, encourage and support one another in times of need. The church should show more than passing interest in the well-being of her members.

She should stop ostracising and stigmatising brethren involved in failed marriages. God is a Healer and Restorer of bruised, crushed, and victimized souls. Unless we embrace the Spirit and not the letters of the Word, the church will always be at the receiving end of vitriolic criticisms. Shalom!

Anglican Primate: Gospel of making it, and possessing it, is yahoo yahoo