Trending Now
Getting out of the entanglement of generational affliction
Church health, multiplication focus of our February conference-Akin...
Alex Bamgbola was a practical Christian, hospitable-Lagos PFN...
WATS gets new provost 8 months after Pastor...
Building a lasting Legacy. The how, the When,...
Faith Comes By Hearing steps up Oral Bible...
RCCG pastor takes early retirement, starts own ministry
Uma Ukpai prays for Obi says, “Lord do...
Bonnke’s successor, Evang. Kolenda drops bombshell, says, “Anointing...
A “widow’s” lamentation and lessons for RCCG, others...
Home News Peter Obi to Nigerians: Don’t vote for me because I am Igbo 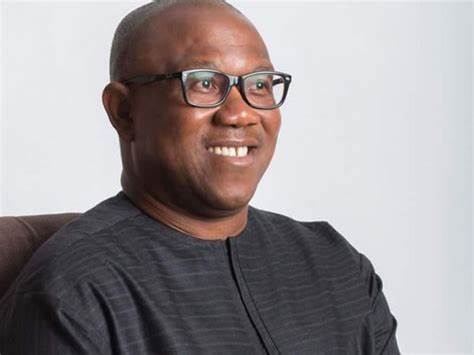 Peter Obi to Nigerians: Don’t vote for me because I am Igbo

The presidential candidate of the Labour Party, Mr Peter Obi has pleaded with Nigerians not to vote for him on a tribal basis but on the premise that he could be trusted to lead the nation to its destiny.

Obi made the plea while addressing worshipers at the Assemblies of God Church’s Annual Peniel which took place at the Church’s Evangel Camp in Ebonyi State, Nigeria.

.The Labour Party candidate who spoke from his heart said it would not be fair on the country to elect anybody on the basis of tribe or the ability to speak good grammar.

He said, “Don’t vote for me because I am an Igbo man. Take your time to put all the presidential candidates on a scale and verify who has the capacity to lead Nigeria right.  Don’t vote for anybody because the person is from the North, the South, West or East. This is time to vote for a human being who has a conscience and can be trusted. If Peter Obi is not the one to be trusted, don’t vote for him.”

Peter Obi: We have seven months to ask questions

The former governor said at the Assemblies of God Church programme that Nigerians have seven months to ask questions.

“Don’t listen to our grammar. Don’t even look at our certificate or educational qualifications because they could be deceptive. Those are not yardsticks to measure the integrity of a candidate. There are so many people who went to school but are criminals. Check our records and look at what we promised and how we were able to keep the promises.” he said.

Obi urged Nigerians to “Ask about our lifestyle. Ask where we live and how we live. Don’t listen to our promises. Ask questions. This country is not productive. There is insecurity everywhere because of poverty. And all these are caused by bad leadership. The more you pull people out of poverty, the more secure the country will be. Nigerian leaders put their children in schools overseas while schools in Nigeria are shut down. This is the time to ask questions”

He called on the church to pray specifically for Nigerians “so that we won’t make a mistake in 2023. Everyone here is a child of God. What I have gotten is by grace. Nobody should abuse grace. Our leaders have abused grace.

“What God gave us as a country is to serve humanity. But we are using it to serve ourselves. Don’t listen to us when we campaign. Go and make your findings. Ask our wives, ask our children who their father is.”

The Labour Party candidate noted that Nigeria is one of the blessed countries in the world adding however that bad leadership has crippled it.

He then asked for prayers that God will touch politicians to use public money for the public good.

[…] Read also: Don’t vote for me because I am Igbo: Peter Obihttps://churchtimesnigeria.net/vote-peter-obi-nigerians/ […]

[…] Read also: Don’t vote for me because I am Igbo: Peter Obihttps://churchtimesnigeria.net/vote-peter-obi-nigerians/ […]