Trending Now
Adeboye: Some women consider it privilege to sleep...
Despite challenges, God has been good to Nigerians...
Writers save lives, solve problems says Omotosho @...
Prince Harry’s book that hit 1.2m sales in...
Ex-Apola king, Idowu Animasawun celebrates 85th birthday with missions...
Nigeria can’t make progress if the Church is...
Peter Obi: I have not promised I will...
2023 elections and the imperative of divine timing
RCCG announces Prof. Aboaba’s passage says “He is...
The Paternoster Code: Debunking the age-long misconceptions about...
Home News “Why I abandoned Jesus despite doing exploits in God’s kingdom…and my restoration” 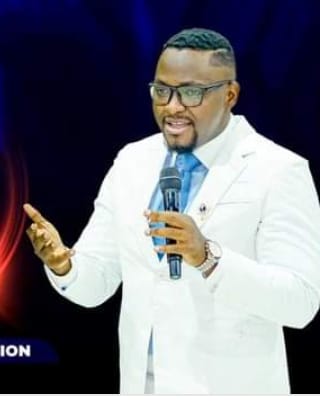 The Senior Pastor of  Faith and Miracle International Church (FMIC), Ibadan,  Oyo State,  Prophet Gbemiga Faith Adetuberu has explained why he abandoned Jesus despite being used mightily by him in his younger years.

He gave the explanation during his ministration at the 7th anniversary of the ministry.

At the celebration which was monitored online by Church Times on October 30, Adetuberu said at age nine he was already traveling to places to preach the gospel.

He was seeing visions. He was prophesying. , “Then people were calling me young prophet. It was terrible, terrible positively, terrible in righteousness because people were coming to me for prayers.” Adetuberu recalled.

But all those experiences did not make meaning to him. He said he felt he was not a normal person.

But God had mercy on him. “I later found grace before God. He redeemed me with his blood. From that time till now I don’t condemn people. No matter any terrible thing you do I will still tell you Jesus loves you. Maybe if they check the scale of evil I was even worse.” he said.

I was a victim of compromise

He urged believers to work towards perfection recalling that he was a victim of compromise. “Whenever you look at yourself as a human being striving to be like Christ you are perfect. When you do something funny or bad and there is conviction in your heart that what you did is not good, you are perfect because some people are doing bad things but they did not see it like that.

“They believe it is normal to be abnormal. But when you have a conscience that tells you what you did is wrong, don’t judge yourself, go back to God and keep working towards perfection. If there is an oil stain on a white cloth it is only the oil you will see, you will not see the white. Perfectionism is the personality of God. Let us strive to be perfect.  The work of God is a continuous project, it takes discipline and self-denial and consistency in doing what is right.”

According to him, perfection is not a place but a journey “path we are all walking now. “Perfection is not a house or a chair to sit down.  A lot of sacrifices have to be made before we can get to the place God designed for us.

Adetuberu said further that “We are human beings because we are ‘human becoming’. Renewal is a path to perfection and God wants us to be like Him, holy, perfect.”

He said our perfection should not be drinkable orange juice that has chemical substances but they lied to us that it is natural. It should be like the seed of an orange that is growing that will later give us real orange juice. Meditate on perfection and pray to God to let you grow to be better, to grow in your light so that one day you will stay on a path to perfection.”

Adetuberu stressed the importance of staying within the dictates of the holy spirit noting that Christians are always being watched, “people monitor what you do and how you do it. So, let us work in line with Holy Spirit.”  he pleaded.

“The only place that looked like a hospital where Jesus went to heal was the pool of Bethsaida There were no anti-bacteria or anti-virus there then because there would have been a lot of sick people that would have come for the healing. Jesus only healed one man who had been by the pool for 38 years.  He spoke to that person among many because God was specific about that person.”

He disclosed that the ministry was celebrating for the first time in its seven years of existence. “I did not get divine instruction from God to do any celebration until the seventh year of the ministry. And by the grace of God seven is a symbol of perfection.

“That means we are in the eyes of God to take us to the next level. This church is a spiritual church. When the Holy Spirit says we should do something that is when we do it. The ministry is a prophetic ministry not a gathering of traditionalists or people who are ruled by governors. We are led by the spirit of God.”

Adekunle Adekemi: Why I am retiring from RCCG before age 70