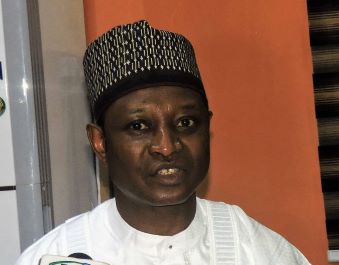 About 280 intending Christian Pilgrims from Taraba and Gombe states were on Tuesday, December 27  airlifted from the Yola International Airport to Israel and Jordan.

Head Media and Public Relations The Nigerian Christian Pilgrim Commission, Celestine Toruka made this known in a statement made available to Church Times.

He stated that the Executive Secretary of the commission, Dr. Yakubu Pam was at the Airport to address the intending pilgrims

Pam thanked the governor of Taraba State, Arch. Darius Ishaiku for sponsoring  Christians to the Holy land despite all odds.  He equally applauded the governor of  Gombe state, Alhaji Mohammed Inuwa Yahaya for supporting the Christians in the state to embark on a Holy Pilgrimage at a time like this. 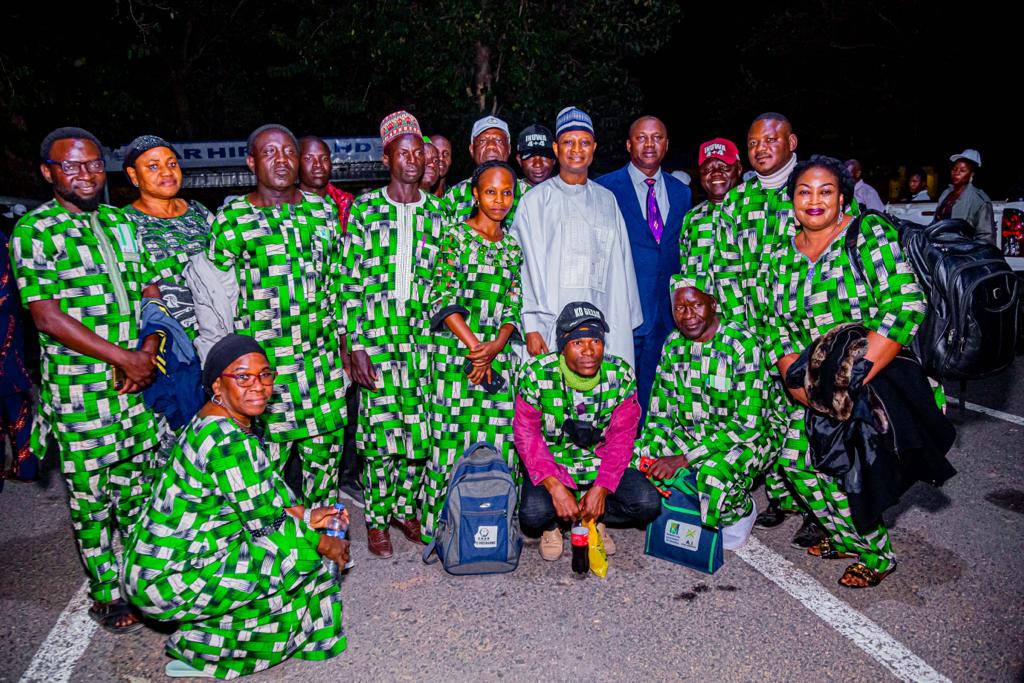 Some of the pilgrims with Yakubu Pam

He admonished the intending pilgrims to be of good behaviour in the Holy land.  Pam was quoted as saying, “we are concerned with the image of Nigeria during Pilgrimage and as such, you should conduct yourself decently while on Pilgrimage.”

He noted that  Nigeria’s image outside the country should be protected by all means while also warning against abscondment.

Rev Pam further told the intending pilgrims that he was proud of them for being part of the 2022 December pilgrimage to Israel and Jordan and for having faith in Nigeria.

The Chairman of Adamawa State Christian Pilgrims Welfare Board, Bishop Peter Bartimaios according to the statement thanked Dr. Pam for the choice of Yola International Airport for the airlift of the intending pilgrims.

He advised the intending pilgrims to use this opportunity to pray for themselves and Nigeria in the Holy land.

Chairman of the Conference of states who also doubles as the Chairman of Taraba State Christian Pilgrims Welfare Board, Rev Isaiah Magaji congratulated the Taraba intending pilgrims for the opportunity provided by Taraba State for them to go on holy Pilgrimage to Israel and Jordan.

He commended the NCPC boss for his visionary leadership in sustaining Christian Pilgrimage in Nigeria.
Also, the Federal Commissioner representing the North East on the Board of NCPC, Rev Dr. Musa Gelengu thanked the Executive Secretary Nigerian Christian Pilgrim Commission, Rev Dr. Yakubu Pam for his dynamic leadership and courage.

He expressed hope that the intending pilgrims will spiritually alert in the Holy land and come back spiritually and morally transformed.

The airlift of intending pilgrims of Taraba and Gombe state was the second batch of airlift to be conducted by NCPC in the ongoing 2022 December pilgrimage exercise to Israel and Jordan. The first batch departed for the Holy land on 16th December 2022 from the Akanu Ibiam International Airport, Enugu, and returned on 24th December without any single case of abscondment.

The intending pilgrims of Taraba and Gombe state departed the Yola International Airport at precisely 02:03 am on 27 December 2022 to Amman, the Kingdom of Jordan.