Trending Now
A “widow’s” lamentation and lessons for RCCG, others...
God’s word: A case for non-English speakers in...
Adeboye: Some women consider it privilege to sleep...
Despite challenges, God has been good to Nigerians...
Writers save lives, solve problems says Omotosho @...
Prince Harry’s book that hit 1.2m sales in...
Ex-Apola king, Idowu Animasawun celebrates 85th birthday with missions...
Nigeria can’t make progress if the Church is...
Peter Obi: I have not promised I will...
2023 elections and the imperative of divine timing
Home News Polygamy: Anglican priest makes U-turn, says, “I misinterpreted God’s revelation” 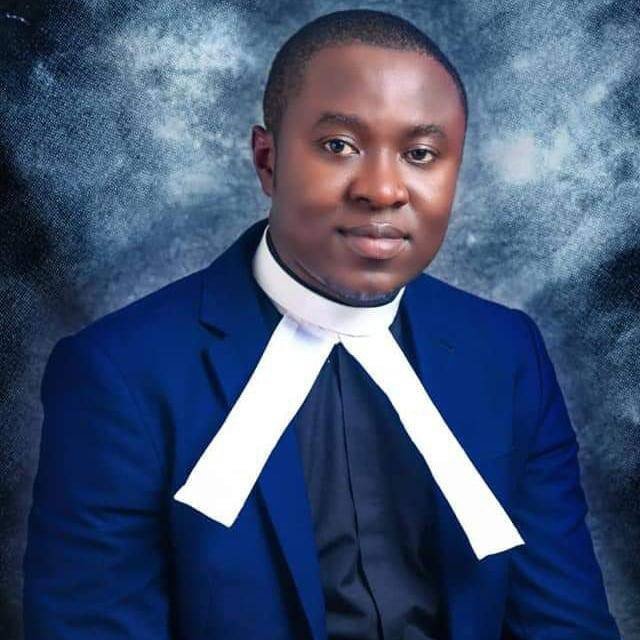 A priest in the Nnewi Diocese of the Anglican Communion, Rev. Barr. Ogbuchukwu Lotanna has abandoned his belief in polygamy while also apologising to the Church.

The decision to renounce his belief in polygamy has attracted positive comments from his Facebook friends. Many praised him for repenting, while also praying that God would uphold him

The cleric had on September 10 resigned from the Communion. He said he had received a divine mandate to encourage polygamy. He had propagated the belief that polygamy would help reduce sexual sins.

But in a Facebook post on December 26, Latonna said he misinterpreted the revelation God showed him on divine movement for sexual purity. He also promised to abide by the tenets of the church and work to promote its values.

TO ALL BELOVED IN CHRIST AND ALL IT MAY CONCERN:*

*RESCINDING FROM MY PRO-POLYGAMY MOVEMENT*

I wish to inform the general body of Christ and the general public that I have submitted a letter of apology to my Lord Bishop for resigning from being a member of the body of Clergy Association of Diocese of Nnewi (Anglican Communion). What led to my action was my misinterpretation of the revelations I received on a divine movement for SEXUAL PURITY.

I have since pledged to give full and undivided attention to all that God has called me to do as a priest in obedience to the instituted authority of the Church.

I have understood that for any program(s) to achieve sexual purity, it must of necessity be that which should build the CHURCH OF CHRIST and should be accepted by her. And I can not be numbered among those fighting the Church.

Hence; I, REV. OGBUCHUKWU MAKUO LOTANNA (ESQ) hereby withdraw my humble self from propagation of the POLYGAMY movement and plead with everyone (especially the over 200 persons that indicated interest for us to kick-start a Church, which I personally, never did) to jettison all I have said so far on this movement AS I HAVE BACKED OFF AND I AM FULLY BACK TO MY CHURCH and I have promised not to speak or work against the sound and godly doctrines of my Church.

I have also withdrawn and DELETED all the videos and messages I have preached or posted on the subject from all my social media handles and have CLOSED all the channels.

There are other programs for sexual purity the church will appreciate and be at home with, which will also help to build the society at large. I will henceforth be preoccupied with such programs to showcase my GENUINE INTENTIONS.

I thank those who have handled my case with love, prayers and maturity, and apologize to those who may have been disappointed in me, deceived or offended by my action.

I remain your brother and it is my desire that we all continue in the path of holiness and remain “RAPTURABLE” in CHRIST.

Yours in HIS Vineyard,