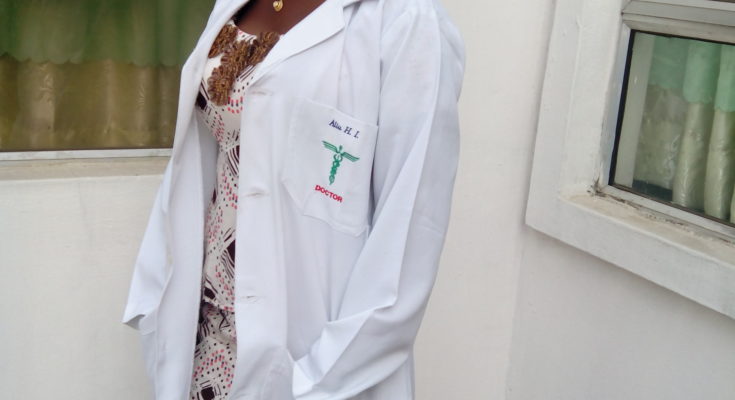 A chance meeting with amiable Dr. Tosin Jegede in her Consulting Room brings to the fore that sweet, cool voice, the radiant & bright eyes. Her smart body moves and her attractive countenance are enough to make any patient forget reasons for coming to the clinic.

this chat with our Correspondent, Olu Aluko.

Where did you train as a medical doctor?

I had my Medical Training at the University of Ghana in their Medical School there. I came back to Nigeria, did my House job with my present employers, had my mandatory Youth Service with Agege Local Government Council and returned to the Private Sector to continue the great assignment and calling of God for my life.

From your observations, what ailments have been the most frequent cases on your desk?

We have a lot, quite a lot of them. As you know, the major health issue here in Lagos, say in Nigeria, before we now bring it down to our Ikeja domain, is Malaria which is endemic. And closely following are Typhoid cases – these ones we call Enteric Fever. And these cases turn out to become a big issue because people are no longer mindful of what they eat or drink, people just don’t care anymore .They live anyhow and do whatever pleases them by neglecting the simple basic personal hygiene that had always guaranteed sound health in those days. These bad attitudes turn out to become real health issues for us thereafter.

There are also regular cases of Hypertension. This, we know is due to

the fact that, as we speak today, most residential areas as constituted are choked, even Lagos generally is choked; there is little space for fresh air. And the traffic situation is one major factor that contributes to these great health challenges we are talking about. People rushing to their offices early in the morning, face the traffic, no matter how early such persons get off the bed, and coming back in the afternoon or evening also is another battle. When the day is bright and sunny, even the air-conditioning systems will become something else when the heat becomes too much. You understand? These days, people will rather park their cars at home or somewhere else and join the Staff buses or other means available than face the daily stress of Lagos Traffic.

The stress people go through daily on Lagos traffic especially in

those commercial areas is too much. There is little or no time for

rest or to eat any nourishing meal because people rush out of their homes so early in the mornings to keep appointments or get to work, return home late in the night tired to even do anything, off to bed after managing to bathe and up again early in the morning and the routine goes on like that every day. There is little or no recovery time.

It is after all these running around that the unavoidable signs of stress continue to manifest through the Blood Pressure. We have lots of silent Hypertension cases now, that is to say there are many instances whereby many people did not even know they were hypertensive, they had no hint or inclination of their situation until maybe, and they just came into the hospital or something compelled them to come by situation to visit the clinic for routine medical check & we found out there is a rise in their BP. Quite a good number of them do not know at all. That is why we always encourage people to go for this routine medical check-up, it is good for their health and it also saves life. They never can tell until they go have it done at a very good hospital.

Why do people practice self-medication and what are the effects?

People practice self-medication and they give different reasons such as high cost of drugs, hospitals charges are too high and so on, but these same people still end up rushing down to the same hospitals for help when the negative effects of self-medication catches up with them. I tell you the truth; such patients most times end up spending more of the money they planned to save by practicing self-medication.

In most cases, the luckier person ends up staying on the hospital bed for days while most unlucky ones die before help gets to them.

We have had lots of bad cases of people involved in buying and using drugs without consulting with a medical doctor; they just go out there, buy and swallow the drugs all on their own but in the end, the medical condition gets worse before they remember there is a Doctor’s office somewhere. This dangerous trend continues to destroy people’s internal body organs and sometimes claim lives, since people will not just listen to and obey simple but beneficial instructions, because of the ‘age-long penny-wise pounds foolish’ habit.

While self-medicating, people do not know the contents of the drugs they swallow nor the after effects. Secondly, people cannot relate the reasons for the dosage to the regularity of periods they have to take the drugs in a particular time on certain number of days. Let us take the common Paracetamol as an example, people just walk into any shop anywhere and buy it, even those on the streets now have it alongside with the Candies, Bitter kola etc on their stalls. This

medicine, common as it seems, also has its side effects. That

Paracetamol you see has this active ingredient we call cetaminophen.

It is hepatotoxic, that is, if you take an overdose of the tablet in your system, it will definitely affect your liver. Most people do not know this- that is why you see people eating, chewing and just swallowing Paracetamol tablets as if it was food – this act itself is drug abuse.

Meanwhile, the ideal dosage of Paracetamol remains two tablets, three times a day and it should NOT be for more than three days. It is when the use becomes an everyday thing that you see people run to the hospital to complain that drugs are not effective. There is also this popular anti-Malaria drug people also abuse. The instruction on the pack says take the first four tablets, then wait for EIGHT HOURS before taking the second dose of another FOUR Tablets. Most people do not know the reason for this instruction, as only a few people abide by the simple rule. Hence they hardly obeyed it. They think they can always outsmart the Doctors.

People will not know the reason for the mandatory eight-hour allowance because the drugs were not given by the hospital or prescribed by a qualified pharmacist. It is paramount and of great importance to observe the mandatory eight hours because failure to do so will not give the drugs that ample opportunity to deal with the malaria parasites present in the body system. People will also not know these since the drugs were picked from an unqualified source that could not give the patients adequate information on the drugs. This accounts for why some drugs will work perfectly well on some people while others who continue to abuse medical issues who always complain that drugs were ineffective.

Medical Practitioners and even also to governments at all levels.

The way out, I think, is that the government in partnership with the

Medical Association should jointly come out with a strong Policy on how drugs should be sold/dispensed in the country. The regulatory bodies should do more on public enlightenment and follow up with strict enforcement of existing laws and regulations on the matter.

People should be made to get Doctor’s prescriptions before they go to buy any drug while the pharmacists or chemist operators must confirm the authenticity of such prescriptions before selling antibiotics or any drugs at all to anyone. Self-medication is a big issue and we must gather a bigger force to tackle it head on. 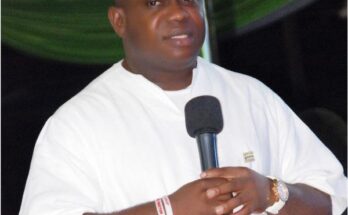 2 Comments on “Why many Nigerians die untimely -Dr. Tosin Fadeyi (1)”