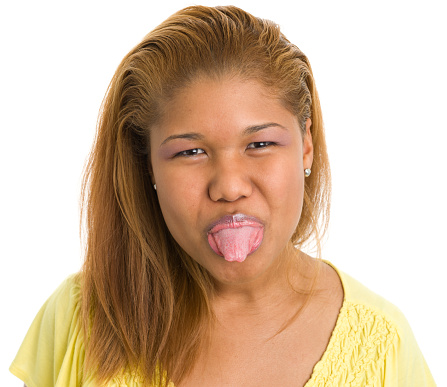 Most of the time, I appreciate men that stay married over the years not because they are better than their peers who have lost their homes to separation or divorce but because they are able to endure the acidic tongues of their wives in moments of anger. Women are not known to be pugilistic like men but their incisive, prickly, and razor blade-tongues are deadlier and injurious than ballistic missiles.

Many women do display their rich vocabulary and wordsmith skills when they engage in disputes. They become finely articulate, giving precise and commensurate responses to every dart of words hauled at them. It is at these maddening moments that they show their sense of history by recapitulating details of long-forgotten issues, refreshing old wounds, and adding insults upon injuries to their opponents.

Experiences have shown that men do endure and sulk their wives’ diatribes and punchy utterances than their fellow women. While men of short-fuse could resort to physical assaults as responses to unbearable vituperations, women could challenge their folks to physical combats or resort to emotional diarrhea like weeping, vandalization of their abusers’ belongings, or contemplate inflicting injury on themselves instead.

In extreme cases, suicide could be an option. The latter was allegedly claimed to be what happened to late Folake Abiola, a telecommunications company employee who reportedly committed suicide penultimate weekend.

Women are the worst enemies of themselves. If women should love themselves or decide to operate in solidarity, they will rule the world. women, being the highest adult population worldwide, (about four billion to be precise) should be able to determine and influence critical decisions and appointments both in elective or appointive capacities through their voting power.

Nay, they’re not united to forge common fronts in any society except when they agitate or clamour for their rights, family or conjugal support, fight against rape, the campaign against gender violence, and mobilise against various abuses, etc.

Women hit their folks harder when they quarrel. The Bible says life and death are in the power of the tongue, (Proverbs 18:21). Women ‘kill’ more with their tongues than with lethal weapons. The same destructive power of the tongue in writing was alleged to have made Folake commit suicide.

The WhatsApp chat that allegedly instigated her suicide was reportedly found on her phone. It is believed that she had a quarrel with a woman who, probably in exchange for angry chats, sent an abusive and emotionally traumatic chat in which the woman bluntly taunted her with her challenges as an unmarried and childless woman at her age.

Below is the chat which I copied verbatim. I didn’t tamper with the content despite many grammatical mistakes in it. The raw chat reads:

“I don’t hate on a barren at 47, I pray for them. Nature is already dealing with you and you can’t see, sorry your life is delayed! At your age, no child, no man to call your own, and menopause has set in so I can understand your frustration. By the way, I’m busy paying university fees and tomorrow is the PTA meeting (you can’t say this about yourself).

‘” The next time you want to run your mouth look for your mates aka your fellow barrens. Mothers are very busy people. When you meet responsible mothers like me, ask how much a Montessori fees cost and see how useless you are as a woman to society. Enjoy my hotel in Cannes. Help me tell your boss, oh sorry, my Ex. Please if you don’t want to hear certain things don’t go looking for a mad woman’s trouble. I won’t call you mother of twins if you are a barren. Period!”

A report by the RAND Corporation, an American research organization, found that as many as 13.1% of men and 12.4% of women experienced verbal abuse regularly at work. While in India for example, there had been 760 percent increase in abuse rate from 1971 to 2009. The research also showed that the most common type of abuse reported is verbal abuse which is 52.3 percent.

According to clinical research, emotional abuse is linked to thinning of certain areas of the brain that help you manage emotions and be self-aware — especially the prefrontal cortex and temporal lobe. Epigenetic changes and depression. Research from 2018 has connected childhood abuse to epigenetic brain changes that may cause depression.

Emotional or verbal abuse can take the form of name-calling, demeaning utterances, written toxic expressions, or any behaviour that makes a person feel belittled, ridiculed or worthless.

In some cases, abused persons may start to believe that they are ugly or unwanted, or that they cannot “do better” than their peers, acquaintances, or partners. They often lose self-esteem and confidence.

Gradually, they begin to feel less and inadequate to measure up to the standards and expectations of their abusers and that of society. They are emotionally blackmailed into submission and psychologically conditioned to feel like failures.

Verbal abuse is so destructive such that it has sent some people into early graves through depression and suicide. Although the police is said to be on the trail of the woman whose chat allegedly instigated Folake’s suicide, the fact remains that she cannot be brought back to life again. All hope is lost on her.

Whether it was the chat that actually led her to suicide or not, it is instructive to admit that life is a treasure that cannot be replaced. Suicide will never placate or sufficiently atone for challenges we face in life. We have to embrace the fact that troubles ferried into our spaces are part of what makes life worth living. The sweetness of victory after vicissitudes of life underscores the reality that life is worth fighting for.

It is not a matter of religion when advised to trust in God and employ the power of prayer to confront challenging and unpleasant situations. God never promised anyone a crisis-free life but He said in whatever situation we may find ourselves, He promised us two things: 1). He will be there with us in our trials and problems  (Isaiah 43:2); and, 2). His grace to go through the storm will be available for us (2 Corinthians 12:9).

Armed with these unfailing promises of God, regardless of what anybody may do or say to us, our song should be that “we are more than conquerors through Christ that loves us” (Romans 8:37). We need to keep hope alive. Without hope for a better tomorrow, life will lose its glamour and become meaningless which are the potent ingredients of suicide.

Let nobody else consider suicide as an option again. There’s no rest hereafter for whoever commits suicide. Women should please tame their tongues in moments of anger. It is a condemnable act that someone’s utterances or written angry words are the reason somebody commits suicide. A murder charge is awaiting such a person if not here but certainly yonder.

I want to sincerely appeal to our women to please learn how to employ the power of their sharp tongues positively to bless, advise and correct others and not to send weak and soft-hearted people to their graves. 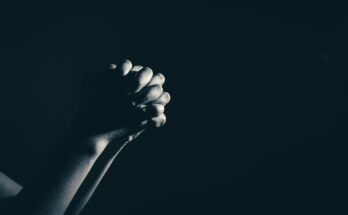 October 1 day of fasting, prayer, repentance, and the force of change in Nigeria