Trending Now
A “widow’s” lamentation and lessons for RCCG, others...
God’s word: A case for non-English speakers in...
Adeboye: Some women consider it privilege to sleep...
Despite challenges, God has been good to Nigerians...
Writers save lives, solve problems says Omotosho @...
Prince Harry’s book that hit 1.2m sales in...
Ex-Apola king, Idowu Animasawun celebrates 85th birthday with missions...
Nigeria can’t make progress if the Church is...
Peter Obi: I have not promised I will...
2023 elections and the imperative of divine timing
Home News I’ll not support pastors who tell members to use guns to fight-Michael Orokpo 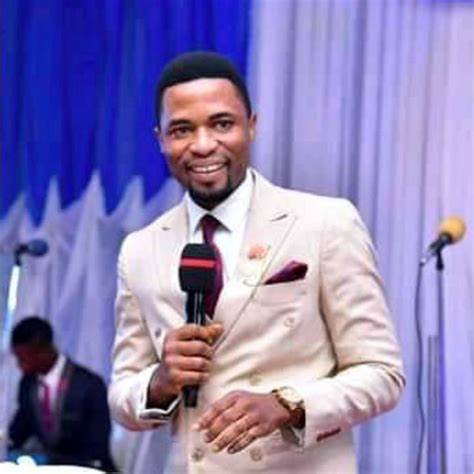 A revivalist, Apostle Michael Orokpo has said he would not support any pastors telling their congregation to carry arms for the purpose of fighting perceived enemies.

Orokpo made this known in a recent message while reacting to the killings in St. Francis Catholic Church, Owo, Ondo State.

Orokpo said the use of ammunition is the least of all weapons that could be deployed to tackle the enemy.

He lamented that killing in Owo wondering how the forces of evil have pervaded everywhere.

According to him the instrument of prayers is more effective than any form of ammunition in dealing with wickedness in the land.

He said, “When it happens in your neighborhood you think it is nothing until it comes to your doorpost. There are forces that are backing up this violence and killings in the land. The time for carnal Christianity is over. It is time for believers to rise up and pray

“It is time for the church to wake up. It is an abomination for the king to sleep in a time of war.  Unfortunately, the church is sleeping. But I want to announce to us that we are not without help. We are being backed up by thousands of angels”

Making reference to the story of Elisha and Elijah he said, “these prophets did not have to deploy human ammunition. When they came to arrest Elijah, the soldiers were blinded. He never used any physical weapon on them. We need men and women that can shoot arrows from the pulpit with their tongues.”

Orokpo is an instructor at the Cave Adullam Bible College and works under Apostle Arome Osayi of the Remnant Christian Network.

He lamented that evil is surrounding the borders of our habitation and we keep quiet.

He asked, where are the men who can pray? “Prayer is more potent than ammunition. I will never be part of the pastors that tell men to carry guns. It is the least of the weapons of war. We need fighters on the altar, men who can bring the power of God down.”

The painful part of Nigeria’s story is its untapped potential- Osipitan, US based Nigerian with PhD in Biomedical Engineering

Yes. I agree with this minister of God. The authority invested by God in His people, coupled with the garrison of angels available to watch over us and keep us from danger makes carrying ammunition to protect ourselves a futile and unnecessary endeavour.
However, in the real sense of it, how many of us really know this God and the protection facilities He has made available to us?
How many of us know how to use this protective provisions?
How many of us live the kind of lifestyle that would not prevent the angles from identifying with us?
How many of us are living circumspectly, standing in the presence of God in true holiness and righteousness?

It is not enough to read and quote the scriptures. We must live the scriptures. That demon told the seven sons of Sceva, the Jewish chief priest, “Jesus I know, and Paul I know about, but who are you?”

Here lies our dilemma as individual believers in the Lord Jesus Christ and as The Church of God in Nigeria.