Trending Now
A “widow’s” lamentation and lessons for RCCG, others...
God’s word: A case for non-English speakers in...
Adeboye: Some women consider it privilege to sleep...
Despite challenges, God has been good to Nigerians...
Writers save lives, solve problems says Omotosho @...
Prince Harry’s book that hit 1.2m sales in...
Ex-Apola king, Idowu Animasawun celebrates 85th birthday with missions...
Nigeria can’t make progress if the Church is...
Peter Obi: I have not promised I will...
2023 elections and the imperative of divine timing
Home Columnist Strategic ways to achieve your goals after burning the boat by Oyewole Sarumi 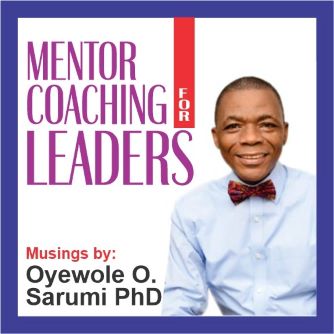 “Success is not something we achieve once; it must be chosen every day. And moving forward, not backward, is a lot easier when it’s the only choice we give ourselves.” – Mark Perna

Alas! We are in the second quarter of 2022. Inclusive of today, 94 days are gone forever in this new year.

Based on what we learned during the “Big Picture” conferences held in about a score locations across Nigeria and online, those who attended would have completed at least two goals among the 7-8 set for the year if you TOOK ACTION!!! Remember, only action takers win!

As a great reminder, one of the keys to reaching your goals is to eliminate any escape routes.

It is tempting to retreat to safety and comfort when challenges and difficulties arise. To avoid turning around and abandoning your goals, you must make going forward more compelling than going back now quarter two!

I am of the opinion that when striving towards a goal, you must focus on what you want to obtain and avoid the impulse to go back to what you know and to what is comfortable.

There is a story of a Spanish captain who landed in Mexico with his army, let’s read what he did to commit them to their goal below ??

“When Spanish Conquistador Hernando Cortez landed in Veracruz, Mexico in 1519 with six hundred men to begin his great conquest. One of his first orders to his men was to destroy and burn the ships.

“This sent a clear message to his men: There is no turning back. Why? Cortez was committed to his mission and did not want to allow himself or his men the option of going back to Spain.

“Cortés knew his crew was already exhausted after the long sea journey, but he had to motivate them to succeed in the new land. So he ordered the scuttling of the ships they arrived in.”

“By removing this option, Cortez and his men were forced to focus on how they could make the mission successful. Cortés burns his boats because he faced imprisonment or death for defying the governor if he returned to Cuba without success. His only alternative was to conquer and settle in the part of the land.”

“To do this, he prompted his supporters to install a municipal and resigned from the post conferred on him by Velásquez. Two years later, he succeeded in his conquest of the Aztec empire.”

Burn the boats, what does it mean?

Now, what does burn the boats mean? “Burn the boats is a concept in which you leave no other option for yourself in context to something that you would like to achieve.” From another angle, what does burn one’s bridges mean? “If you are in a situation and you burn your boats/bridges, you destroy all possible ways of going back to that situation.”

Furthermore, burn your boats or as the British say burn your bridges could also mean “to do something which forces you to continue with a particular course of action, and makes it impossible for you to return to an earlier situation.”

Friends note that if the ships had been in sight, available for a hasty retreat, they would be the easy choice once the going got tough. Cortés destroyed the safety net and secured his crew’s motivation, dedication, and teamwork. Because they each had a vested interest in succeeding, they ultimately achieved their mission.

As leaders taking our people into new territories as unknown and potentially hazardous as did Cortés, we need to ensure those we are leading that there is no turning back. He knew how to be a great leader. We need to be certain there is no off-ramp our people can use to avoid the challenges of our own new business worlds. We need to burn the ships.

For me, it seems we’re long past the days of conquistadors, but the story of burning the ships is as relevant as ever especially when it comes to working on your goals and leading others.

Sometimes when we make changes in our lives, we leave the safety net up…just in case. We give ourselves the option to go backward, to lose the ground we’ve made.

I’d encourage you to consider if there are any ships you need to burn. The following lessons are important for us to take note of: ?

1. Eliminating an escape route creates a compelling reason to focus on the goal and to keep moving forward.

2. However, it is important to keep in mind that although Cortez had his men burn the ships, he did not have them burn the food and supplies.

3. Cutting off an escape route to increase motivation and create the desire to press on where you might otherwise give up is totally different from throwing caution to the wind and taking undue risks.

4. Reaching your goals still requires prudent planning and managing. All goals contain a certain degree of risk, but it isn’t necessary to create undue risk and stress by not properly planning and thus lacking the necessary tools and supplies to achieve your goal.

5. Take risks, but don’t be careless or foolish and simply hope that everything will be okay.

6. Before you decide to burn your ships, make sure you have the supplies and tools necessary to achieve the goal.

7. For example, something like quitting your job might sound like a good way to close the escape route, but it might also be a fast way to bankruptcy if you don’t have the resources to carry you through. So, creating a savings account or having a journey job (a job that is a stepping stone to what you really want) allows you to take the risk of leaving your current job without creating undue risk.

8. Close off the escape routes and make sure that you have a compelling reason to move forward.

9. However, at the same time, make sure that you plan for the risk and have the tools, supplies, and resources you need to achieve your goals. You can’t eliminate risk but you can plan for it. Don’t just jump in without thinking through the process and having a solid plan for moving forward.

AND MY THOUGHT FOR TODAY:

Burning your ship doesn’t mean you can’t ever change course or decide that a current pursuit is not working. You can change or adjust your process, but don’t abandon the goal for no reason at all.

Where can you burn ships in your business? In your life? Look inside yourself and see where you’re having a hard time committing. Is it because the ships are still in the harbor? Burn ’em. Force commitment. And see what happens next in your journey this new quarter. Happy sailing! ?????

Good day. Do have a blessed week

What gives me joy in my 30 years of doing ministry-Pst. Ohioma