Trending Now
Adeboye: Some women consider it privilege to sleep...
Despite challenges, God has been good to Nigerians...
Writers save lives, solve problems says Omotosho @...
Prince Harry’s book that hit 1.2m sales in...
Ex-Apola king, Idowu Animasawun celebrates 85th birthday with missions...
Nigeria can’t make progress if the Church is...
Peter Obi: I have not promised I will...
2023 elections and the imperative of divine timing
RCCG announces Prof. Aboaba’s passage says “He is...
The Paternoster Code: Debunking the age-long misconceptions about...
Home News UK based Nigerian prophetess releases prophecy for 2022…calls for intensive prayers 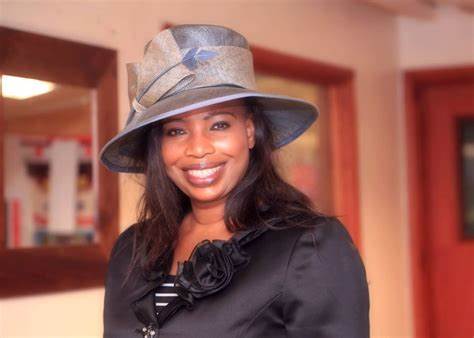 A United Kingdom-based Nigerian prophetess, Margaret Mayaki has made some prophetic declarations concerning Nigeria and some other countries including the European Union.

Mayaki is the General Overseer, of the Sanctuary for the Broken Hearted International Ministries

In her 2022 prophecies, she makes Bible references for every prophetic statement saying, every prophecy must be backed up by the Bible.

Mayaki made the prophetic declarations in a YouTube broadcast monitored by Church Times Nigeria.

On a general note, she said 2022 will be a year of the crown of glory while quoting from 1 Peter 5v4 and several other scriptures.

She said, “This year many will receive their crown of glory. It will usher in glorious destinies. It is a year of divine fulfillment in our lives. It will experience the floodgates of heaven.

“Crowns of glory are being released to believers around the world who have done well. Heaven is declared open to believers who are working according to God’s divine will. Heaven has released heavenly gifts to royal diadems. This year God will multiply our seeds and bring multiple harvests.

“The spirit of the Lord says, I am going to cancel the spirit of death that Satan has passed on believers. Embargoes placed on many lives will be removed. Heaven will remove the embargoes. Powers of witchcraft will be broken over believers’ lives.

“Many lives will be delivered from the clutches of the devil. Many mantles are going to be released to worthy servants of God.”

Making reference to 2 kings 2v8-12, I king 19v13-20, Job 1v20 she said, “Heaven will bring things back to alignment. This year we will see some old guards being changed. God will be promoting some of his people.

“This year, many servants that are not prepared to work faithfully with God will see their candle sticks taken from them. We need to pray against the sudden departure of some innocent people, the earth that has opened its mouth to take their lives.”

Prophecy for the body of Christ

“Christian believers need to rise above mediocre life and put their lives on the altar of fire for God. Christians need to run their lives with focus. Many have lost focus.

“Pray against powers of witchcraft limiting children of God. Pray that every lost axe head will be recovered. Pray for the glory of the Lord to cover the body of Christ.”

Mothers should rise and pray for the souls of their children
Mothers to rise and receive their dead back to life. Heb 11v35.

Pray against the increase in terrorists’ activities

Pray against the death of authors and Nollywood actors and actresses

Pray against the invasion of terrorists in some states in Nigeria

Pray against  activities of hired assassins in Nigeria

Pray against serious unrest in Nigeria

Pray against agitations of the youths

Pray against the increase of Christian persecution

Pray against the further devaluation of our currency..

There will be an increase in women in politics

Pray against hardship and hunger in the land

Pray against civil war in the country (This message was first given in 2011. The Lord is repeating it)

Pray against coup in the land

Pray that the 2023 election will hold

We need to rise and pray for peace.

A lot of cross-carpeting of politicians

Pray against the spirit of stroke among politicians.

Many fake prophets will be exposed this year

Pray for good health for President Mohammadu Buhari. Pray that his health will not fail him

Prophecy for the United Kingdom

Pray against the rise of agitations among the people

Pray against the sudden death of a senior member of the royal household in 2022.

Pray against a wind blowing against Boris Johnson. Pray he will not be removed from office.

Pray against the devaluation of pounds

Pray for peace in the royal household

Pray for wisdom for the government

Pray that the word of God will not be gagged.

Pray there will be no more agitation by the EU

Pray for peace in the country

Pray against terrorist activities in the UK

Pray that people will not revolt against the government

Pray against the sudden collapse of the stock exchange

Pray for Biden that he will not have stroke. May that not be his portion.

Pray for an increase in the salvation of youths

Pray against the increase of drug barons

Pray against external aggression of the enemies

Pray against the increase of Covid in this country

Pray against the collapse of the economy in this country

Pray against Storms and hurricane

Pray against loss of lives

Pray for wisdom for leadership

Pray against Loss of lives and property

Pray against devaluation of their currencies

Pray against hardship in that nation

Pray against the devaluation of their currency

Pray against the outbreak of covid variant

Pray against unrest in the country

Pray against protest among the youths

Pray against the spirit of death in the land

Pray against disaster among the tourists in the land

Pray against witchcraft and occult activities

Pray for the mercy of God

Pray for the Light of God to shine in the land

Pray that the centre will hold

I will appreciate if you can do a story about this, https://youtu.be/3P0D571FFjM