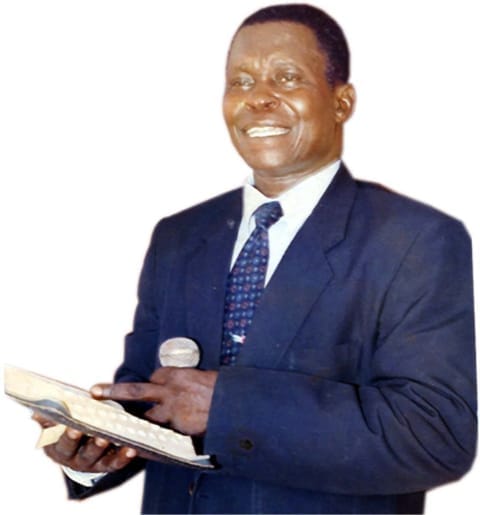 Monday, August 8 makes it 13 years since Evangelist Timothy Iyanda took the final bow and went to meet his maker.

For many who may not know, Iyanda was the evangelist who shook Nigeria and indeed the world with the gospel of Jesus. He died on August 8, 2009.

He did not only preach the gospel, he lived the gospel and breathed the gospel. He was the first that would distribute gospel tracts with the airplane across Nigeria.

His son, Apostle James Iyanda penned down a glowing tribute for him in a piece published on his Facebook page.

He described his father as a man who made a great impact while on this side of eternity.

The story of Evangelist Timothy Iyanda according to his son is the story of a man whose idea of greatness is not in sync with what the world terms to be greatness.

He wrote that the late evangelist left all to pursue the gospel of the kingdom adding that he was a man who had a thirst for revival.

Born on June 1, 1935, Apostle Iyanda in the words of his son, “was the only survivor” of the 11 children of his mother”. His mother always had stillbirths and never carried her baby until the late evangelist was born.

After his birth, Evangelist Iyanda went through the vicissitude of life until he encountered Jesus in 1963. That marked a turning point for him. Everything about him changed.

Not long after his conversion, he received the call to go preach the gospel. The burden of evangelism was so strong upon him that he had no other interest but to see that the lost is saved.

Revival not possible without a thirst

Apostle James Iyanda noted in his tribute stated that it’s impossible to experience revival when there is no thirst for it.

He recalled that his father had that unique longing for revival. That was the tonic that propelled him to do great exploit for God while alive.

He wrote, “Our thirst will blossom if we thirst for His Presence for the purpose of the Kingdom. Apostle Iyanda was never thirsty for fame but for God. He was anointed to do Miraculous signs and wonders”

The ministry of the late evangelist was so filled with signs and wonders that even after his death the testimony of his impact is still being shared.

James Iyanda wrote that “nine years after his passing to glory, a one-time blind man whose eyes were opened during one of His crusades across Nigeria about forty years ago kept testifying to God’s miracle because he was still seeing clearly.

“Such was one of the numerous testimonies of God’s mighty hand in His ministry across Nigeria, Africa, Europe, and America.”

Timothy Iyanda: He was unwavering

Timothy Iyanda was unwavering in his faith and dedication that he turned out to be “the first evangelist to distribute gospel tract with Airplanes and Helicopters in Nigeria; being the first in Africa and the world,” his son wrote.

He was reputed to have been used by God to bring revival through interdenominational meetings.

The late evangelist was said to be the First Radio and Televangelist in Nigeria.

His son wrote further that, “forests and bushy areas experienced development and became urban through his revival meetings.”

Timothy Iyanda was the Founder of GO YE PENTECOSTAL MISSION Intl. His son, James Iyanda has since been holding the forte since his transition.