Trending Now
A “widow’s” lamentation and lessons for RCCG, others...
God’s word: A case for non-English speakers in...
Adeboye: Some women consider it privilege to sleep...
Despite challenges, God has been good to Nigerians...
Writers save lives, solve problems says Omotosho @...
Prince Harry’s book that hit 1.2m sales in...
Ex-Apola king, Idowu Animasawun celebrates 85th birthday with missions...
Nigeria can’t make progress if the Church is...
Peter Obi: I have not promised I will...
2023 elections and the imperative of divine timing
Home Columnist “How to tame the spiritual and physical monsters that lead to divorce”
Columnist

There’s no sane person that opts for divorce on a happy note. One can only heave a sigh of relief from abuse, appreciate the escape from danger and anticipate peace outside the troubled marriage.

Yet, it does not amount to being happy about it. Divorce is the last resort in order to stay alive, be at peace, and also have another opportunity for a fresh beginning by making a new and better choice of a life partner.

Since the unfortunate incidents of the 47-year-old banker, Chinyere Ogudoro, who was burnt to death by her husband, and star worship leader, Osinachi Nwachukwu, 42, a couple of weeks ago and whose death was allegedly tied to marital abuse she suffered from her husband, strident calls to quit abusive marriages and heavy attacks on church doctrine against divorce have since ruled the airwaves. 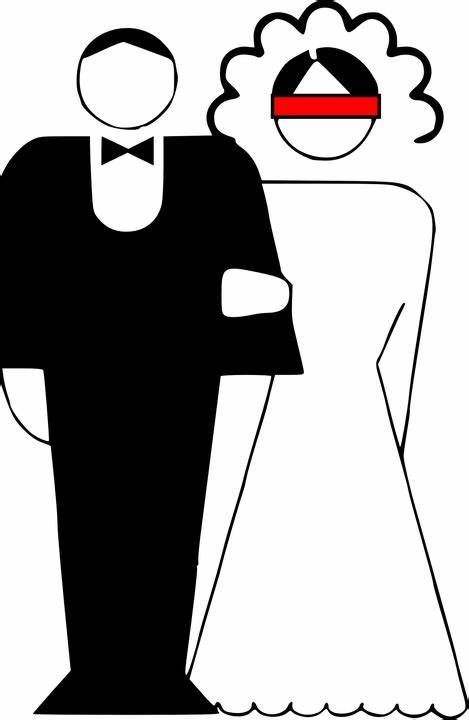 Social media is awash with gory videos of heartless and wicked assaults, battering, and murder scenes. Most of the recorded provocative, dehumanizing, and torturing abuses were against women.

Last week, this column mentioned the issue of poor parenting which unknowingly bred bullies as youths that later emerged as spouse abusers in marriage. It also explained some doctrinal and Biblical misconceptions about divorce. Also, it discussed the possibility of reconciliation and life after divorce.

Responses so far from different quarters are amazing!

Causes of abuses in marriage

Today, I want to look briefly into the actual causes of marital abuses (which are triggers for divorce) some of which have led to tragic spousal deaths.

According to Biblical teaching, only sexual immorality or infidelity is approved as a ground for divorce. But the reality in our contemporary world has made us accept that life-threatening situations propelled by verbal, emotional, financial, sexual, psychological, and physical abuse are tenable grounds for divorce.

Examples are those of Sisters Chinyere and Osinachi and several other conjugal martyrs of our age. It is better to divorce than to die trying to comply with religious dogma in an abusive marriage.

Humans are spirit beings living in the physical. Our lives are largely controlled by the spiritual. That is why prayers and supernatural forces are effective in our daily lives.

Some, I mean some of the marital violent cases were actually orchestrated by powers of enchantment, diabolical forces, familiar spirits, family or lineage challenges, dreams and mental manipulation.

Many of us don’t look into these aspects when intervening in or analysing marital problems. I won’t dig deeper into some of the issues now due to space constraints.

Several people have dreamt about what they are going through much earlier but they ignored the dreams, whereas dreams are a great means of divine communication that reveal current and intending happenings in human lives.

Dreams do serve as warnings and as reflections of one’s situation. Those marked for marital instability and serial relationship failure are known by falling into wrong hands.

The aim is mainly to frustrate their great future. The Bible says in Proverbs 26:2b that “an undeserved curse will not land on its intended victim.” This is why intensive warfare and deliverance prayers will be helpful as God protects the innocent or simple-hearted (Psalms 116:6) from underserved yokes of affliction, failure, and stagnation. (Isaiah 10:27).

Spiritual attacks, like abuse, are not gender-specific. Several men are operating under evil spells to unsettle their lives, hence they act irresponsibly, cruelly, and criminally to put them into trouble. They usually become remorseful of their grievous misdeeds afterward only when it is too late.

Ancestral problems do affect generations in the family under a curse. Unless the curse is broken, their lives will remain miserable.

A woman was referred to me for matchmaking, the first day I engaged her in a discussion to know her background, she told me not to bother looking for a man for her because “daughters in our family don’t get married. Even my sister who forced her way into marriage is back home with us when her husband almost killed her through domestic violence.”

The husband remarried afterward and at this moment, he’s enjoying his marriage peacefully. Meanwhile, to the outside world, the man was abusive whereas it was the curse in the woman’s life that was at work. As we speak, daughters in their 30s, 40s, and 50s in the family are not married despite looking beautiful and gainfully employed.

Several men and women in ministry and other kingdom callings do have challenges in the area of marriage. Some Pastors are agonising in their marriages just as their female counterparts are praying for the way out of the marital ‘prisons’ they are in. This is the work of the enemy. Choosing wrong partners is a costly mistake that is common to people of destiny. When it becomes unbearable, divorce is a feasible option.

Provocation as Trigger of Violence

More than half of physical abuse cases in marriage are caused by provocation. We all know that many women are sharp-tongued while many men are muscular.

Men become aggressive when incisive, loathsome, and insulting utterances from their wives run to no end. When the man decides to avoid trouble and attempts to go out, the wife then locks the door and seizes the car key. A daring wife may even harass her man to the point that he could no longer contain the provocation.

The wife says: Beat me if truly you’re a man.

Verbal assaults sink, hurt, torment, and linger more in the human psyche than physical abuse. Because there are no scars to show for verbal assaults, that’s why people don’t know that men are more abused emotionally and psychologically than women.

For once, women should stop verbal assaults on their men. Taunting men by deliberately twisting and maliciously misconstruing whatever they say could earn women some punches.

Likewise, always reminding men of long-forgotten issues just to torment them could spark a row. Disrespecting men, especially in the open is humiliating.

Women should realize that there’s a limit to verbal abuse that men can take. Knowing so will reduce cases of hard-hitting assaults by angry men. Not all men are men in temperament. Let’s acknowledge our limitations, please. This note of warning should be sounded to avoid stories that touch the heart.

However, I’m aware that some men are as petty and verbally hemorrhaging as women. Men with caustic tongues are worse than women. Such men lack gender dignity and a sense of appreciation, they’re selfish and mean.

Truly mature men will still see the maddening moment of their wives as a wave. It will come and go and sanity will return eventually. Such fatherly husbands are few but we still have them around. I have seen a woman drenched her husband’s dress with dirty water while he was entering his car to go for a business meeting.

He simply went inside and changed his dress and left the house. Neighbours were thinking that hell will let loose when he returned, lo and behold, he brought a special order from a popular fast food, a big bowl of iced cream, and drinks for his wife.

He was telling his wife how the meeting went as if she gave him a kiss when he was leaving. He didn’t refer to the issue again and, some years down the line, the woman became a resource person teaching on relationship with emphasis on emotional intelligence.

Every man should know the love language of his wife. There are other methods to handle angry women without raising a finger against them. Our fathers and grandfathers were great men of immense patience and understanding.

Such attributes should be available in every married man. They should avoid engaging their wives in exchange for abusive and hurtful words. In the moment of anger, good men should always see their wives from the point of strength and not their weaknesses.

Men are to provide leadership in the home by treating their wives as partners in the family enterprise by so doing, they’re fulfilling the counsel of God which says, “submitting to one another in the fear of God.” (Ephesians 5:21). Implementing these ideas will drastically reduce marital problems and divorce cases in our society.

May God bless your home. Amen!