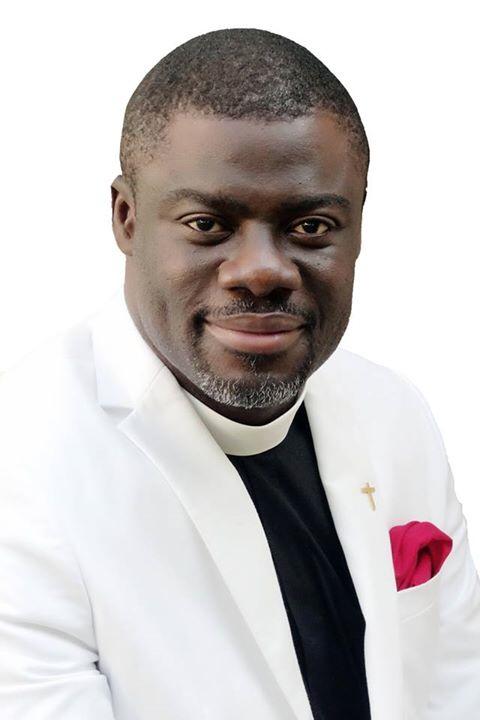 The founder of Jos-based El-Buba Outreach Ministries International (EBOMI),  Prophet Isa El-Buba has  narrated his encounter with delegates from the Presidential Candidate of the All Progressive Congress, Asiwaju Bola Tinubu

He gave the narration in an online viral video.

In the video, he said a delegation from Tinubu came to him in Lagos with the hope of getting his support.

He said however that he told them he would never go back on his support for Mr. Peter Obi.

El-Buba who said he is from the same town as Tinubu’s running mate, Alhaji Kashim Shetima said in the video that he has graduated from tribalism.

Shetima is from my town

He said, “Tinubu sent a delegation to meet me in Lagos. After I received them, I told them, on all grounds, Shetima is from the same village as me.

“If I am going to support anybody I will support Shetima because he is my person. But Ladies and gentlemen, I have graduated from tribalism. Whether you are my brother of the same blood it does not matter to me. I fight for justice.

“What is good for the black is good for the brown. The Tinubu delegation gave me all the reasons, of course, they sound good. But they are not needed. I have met with different presidential candidates. But I took the route that looks dry. It is this dry path that will lead you to the promised land.” El- Buba said

In the video, he was addressing a group of people in a hall. He said many ex-governors and presidential candidates have been coming to meet him since he declared his support for Mr. Obi.

He said, “A few days ago they sent a group of ex-governors to talk with me in Abuja. I told them my stand. I am not a dog that would say something and go back on it. If I say something I stand by it. I told them I have made my stand known publicly.”

Former governor on his trail

He said a particular former governor changed his ticket because he learnt he was going to Yola.

“He got on board just to have a one-on-one meeting with me because I have not given them the room to see me. He flew with me in the same aircraft just to talk with me on the same project.”

El-Buba said however that his decision to support Obi is final.

El-Buba who is the Convener of the Initiative for Better and Brighter Nigeria (IBBN), said, “If I have no persuasion and conviction that 2023 Peter Obi must be the president of Nigeria, I would have compromised. If it is on personal life and comfort I won’t do what I am doing.

“You will just be hearing about me like any other person, having my crusade and flying around the world. If anything would happen in Nigeria, I have my passport. I can go to any of these other countries and stay.

“But ladies and gentlemen, home is home. That is why the issue of being intentional and resolute comes in. We must be determined in our minds that this time around we must get things right. If it is sponsorship and about people that will give us billions, Atiku is ready to do that. Tinubu will do that. But we can’t continue like that again”

Prophet Isa El-Buba was a former Islamic occultist, who served the queen of heaven from his childhood as a dedicated child.

He inherited Islamic occultism from birth until 1982 when he experienced the exceeding grace of our Lord Jesus Christ that brought salvation to him. He got baptized in the Holy Spirit and was commissioned to preach the gospel, which gave him a Godly heritage. Before his salvation, the Lord gave him a series of revelations of the reality of hell.

Papa no Going back fa. We will are tired of their Lives, Everytime Elections comes they decieve us to join them and after that we become Sheep to be Slaughtered. Wether we support them or not, yet we are still the same people they hate as Christains. We are Second Class Citizens, we are not important, and so on. Our Value is on on giving them VOTES. Nothing but Votes and then we become useless again untill another 4years they tell us again how important we are, and how that we are from the same region. Yet we are always the ones they sidelined in terms of sharing Cakes, wether National, State, or Local Cakes, if @ all we are remembered Little is given to us, the Larger Portions goes to Muslim-Muslim Tickets People, since we are the Incompetents one’s, the only thing competents about us, is the our Votes. Voting and placing them above us. No it cannot work any more, we are solidly with you. We will not rest untill this time around our bidens are done. Thank you Papa for courage and the resilient you took. More grace and increase upon you and the Ministry. Shalom. ?????