The remains of the late wife of former General Overseer of Foursquare Church in Nigeria, Pastor Mrs. Adeyinka Badejo were buried on Wednesday November 8 after a funeral service at the Yaba, Lagos headquarters of the church. 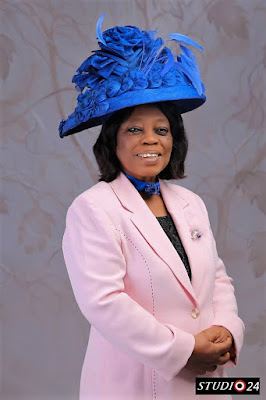 Her burial came exactly two months after her husband, Wilson Badejo was buried.

Badejos were lovers of God

The preacher at the event, Rev David Amosu recounted exciting memories with the Badejos describing the departed couple as passionate lovers of God.

He recalled how the late Wilson Badejo rode in his rickety 504 car even as General Overseer of the Church.

Amosu said, “Pastor Badejo had just become the General Overseer.  I was in the house and he said he was going to Ajebo. He had a programme he had to attend. But the vehicle in his house was not working. So he offered to ride in my rickety 504 car.

“Unfortunately, it rained as we were going and the vehicle had no wiper. Daddy was using his hands to wipe off water from the windscreen as I drove because it was getting late. The police stopped us at a point and he had to jump out of the car to appeal to the police that we were running against time. I recall how we had to share food together on the mission field.”

Amosu said it was really exciting working with the Badejos describing them as people who were wholly devoted to God. He didn’t mind riding in any vehicle. “We went on missions together and jointly preached in crusades. There was a time he said he didn’t mind, he would enter tipper just to go for evangelism. That was the extent of his devotion.”

He said Mrs. Badejo lived a wonderful life of commitment to the cause of God saying her transition only showed her night time had come. 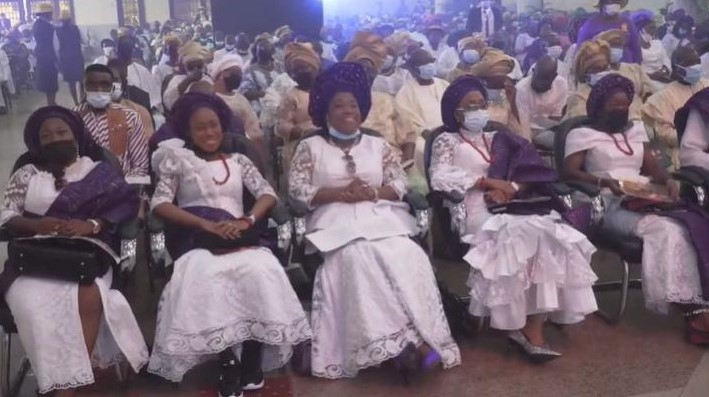 Congregation with children of the late Mrs. Badejo at the front during the burial service

He said, “When the time of a man is up, there is nothing that can be done. Death is a contract that we have all signed. Pastor Mrs. Badejo lived her life so well. The night had come for her. Today, we have to reflect on our own lives. When your night comes where will you be?” 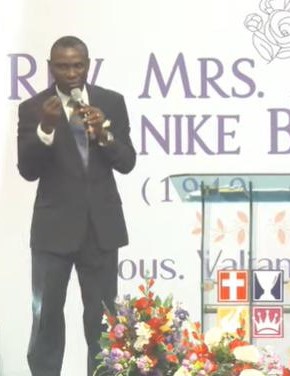 He gave several instances when the night could come pointing out that the ultimate night is death.

The preacher said, “The opportunity to hear the gospel may not be forever. The night could come anytime. It is what you spend with your time now that will be accounted for in the night time.”

Amosu urged the congregation to occupy themselves with the work of God before the night time.

The General Overseer of the church, Sam Aboyeji said of the late Mrs. Badejo that he would remember her for four things: “A word of promise, session of prayer, uniquely designed hat, and her high heels. 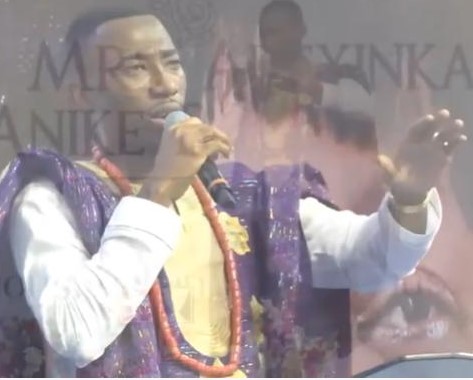 He recalled the great impact the Badejos made in the church praying that when the nighttime comes for those coming behind they will not be found wanting.

At the end of the event, Femi one of the children of the late Mrs. Badejo expressed deep thanks to all those who took the time to attend the event. He specifically thanked the committee that helped to put the ceremony together noting that “Exactly two months ago, his father was buried.”

He pleaded with the congregation not to worry about the family but just to pray along. “We will be fine. I can assure you we will be fine”