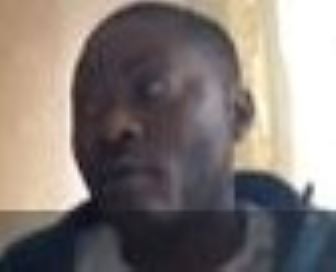 Why some Nigerians can’t get out of Ukraine- Rescue team leader, RCCG parishes render help

Despite efforts to bring some Nigerians to safety from war-torn Ukraine, there are indications that the efforts may not yield the desired result.  Parishes of the Redeemed Christian Church of God in Hungary and Romania are also said to have been helpful in accommodating fleeing people

Though some have already moved to nearby countries like Poland, Hungary, and Romania, many are still trapped.

Some of those living in some safe parts of the country are however not willing to leave.

A medical doctor, Dr. Mathew Kalu who is carrying out rescue work in Ukraine gave hints on the situation in a live zoom broadcast with a blogger, Adeolu Fayehun

He said some Nigerians in the Eastern part of Ukraine may not find it easy to leave because of the severity of the war in that part of the country.

He however said in places where the war is not severe, some Nigerians are not willing to leave because they fear that they may not be able to return to Ukraine when the situation normalizes. Such students are yet to get their resident permits.

Kalu explained that the reluctance on the part of the Nigerians is due to their lack of travel documents.

Documents of some especially students are trapped in their schools. “As it is now, some of the students that we are trying to evacuate can’t lay hands on their passports. What we do is to write a covering note with the stamp of our company. on the note for them”

He said he had to stay back in Ukraine to ensure Nigerians there are taken to safety adding however that he would leave Ukraine as soon as he is done.

There are also indications that the Polish border is congested.

One of the discussants said the alternative countries for fleeing people in Ukraine are Hungary and Romania.

On the fate of those trapped in East Ukraine, Kalu said some of them are in underground bunkers.

He said they are safe in those bunkers but that it is advisable they pick any available train as soon as the curfew is lifted Monday morning.

Earlier during the discussion, a student called Ola said he trekked for five hours to get out of Ukraine.

He said he did not experience any racial discrimination.  He said a Ukrainian however said to him that “Africans should go back to their countries, and be their own slaves”

Another student called Joy who joined the discussion said she left the country shortly before the war.

She said many of her colleagues are still trapped in Ukraine. “They did not believe the war will happen.”She said.

Joy disclosed further that about 500 Nigerians are in the school she attends in Ukraine. She said some parishes of the Redeemed Christian Church of God in Hungary and Romania have been very helpful.  “I must say RCCG churches have been of great assistance in these countries. Those who are stranded can approach them for help” she said.

He said was able to get to a safe place in Poland. He expressed hope to go back to Ukraine as soon as the situation normalises.

Russian govt target me for elimination -Adelaja, says ‘i have run to safety’