Trending Now
Adeboye: Some women consider it privilege to sleep...
Despite challenges, God has been good to Nigerians...
Writers save lives, solve problems says Omotosho @...
Prince Harry’s book that hit 1.2m sales in...
Ex-Apola king, Idowu Animasawun celebrates 85th birthday with missions...
Nigeria can’t make progress if the Church is...
Peter Obi: I have not promised I will...
2023 elections and the imperative of divine timing
RCCG announces Prof. Aboaba’s passage says “He is...
The Paternoster Code: Debunking the age-long misconceptions about...
Home News Nigeria can’t survive without restructuring, Chris Okotie insists 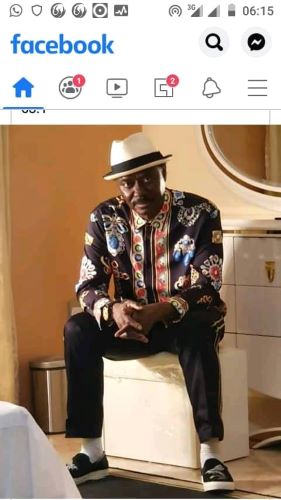 says the way to go is aboriginal democracy

Former Presidential candidate and interim government campaigner, Rev Chris Okotie has said the continued existence of Nigeria as one nation cannot be guaranteed under the present constitution governing it.

He said until the country is restructured, it may be difficult for it to overcome the 2023 global economic headwinds predicted by experts.

He made the submission in a statement made available to Church Times by his media adviser, Ladi Ayodeji

The cleric said, “the country needs strong governance structures and a stable polity which are absent in the present constitution governing it.  Unless the Aboriginal Democracy proposition is adopted, the country could flounder under a severe socio-political and economic crisis.”

He observed that 80 percent of our income is being used to service our current debt of 77 trillion Naira. “Against a backdrop of a bloated bureaucracy, the country has no choice under the current constitution but to keep borrowing to run the country.

He said, in light of this reality, a new constitution is required to deal with all the existential problems in all spheres of our national life, which is why Aboriginal Democracy is recommended.

The cleric expressed concern that the IMF has warned that one-third of the world, including Nigeria, would be in recession this year.

Okotie had during the New Year service in his church urged his congregation to pray for the peace and prosperity of Nigeria. He told every member of his church to set aside a few hours to pray for Nigeria “because the Household of God was set up to play a pivotal role in the destiny of this country, that’s why I am involved in the political process,’ he said.

Prophetic timelines for 2023 as dictated by the Holy Spirit through Rev Dr. Cecelia Onitiri