Trending Now
Adeboye: Some women consider it privilege to sleep...
Despite challenges, God has been good to Nigerians...
Writers save lives, solve problems says Omotosho @...
Prince Harry’s book that hit 1.2m sales in...
Ex-Apola king, Idowu Animasawun celebrates 85th birthday with missions...
Nigeria can’t make progress if the Church is...
Peter Obi: I have not promised I will...
2023 elections and the imperative of divine timing
RCCG announces Prof. Aboaba’s passage says “He is...
The Paternoster Code: Debunking the age-long misconceptions about...
Home Features “Make a difference in your community…get out of your comfort zone”
Features

Every society, tribe, color, and race needs just one person who would look out of the box to bring a lasting revolution.  Martin Luther King Jr caused a revolution when he led a non-violent protest against racism in the United States of America.

His impact has been trans-generational. Many years after he had passed on, many still refer to his legacy.   His speech, “I have a dream”. has since become a reference point for many. But for the fact that he stood for his generation, perhaps the black man in that country would have remained in subjugation for more years than envisaged. 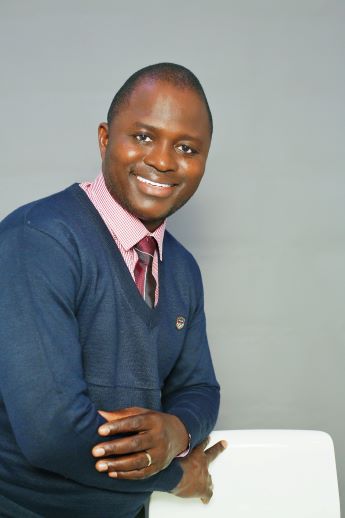 Unfortunately, we live in a world where many just want to live by the rules. They don’t want to rock the boat and would rather live their normal lives. Most people want to live, work and put food on their table. They would close their eyes to injustice. They would not want to solve a problem. But God in His greatness could not just have put us at the centre of his creation so we could just eat and drink. You were made for more.

The world needs those who will think out of the box. Joseph of the Bible times saw something his father and brothers did not see. With the use of his gift which is to interpret dreams, he “burst” out of the normalcy box of life. Joseph became an instant celebrity. He paved the way for his entire household to access the royal territory of the old Egyptian kingdom.

Do not imprison yourself to the custom, tradition, religion, culture, and belief of your community. See beyond, see far. Look within. You’ve got gifts, potentials, and abilities to launch you into the wider world.

Stop running helter-skelter, what you are looking for is in you. Find it, furnish it and serve it to your world. Be the light to your community and society. Shine brightest and don’t ask if it is possible. The fact that you were able to make it through your mother’s womb is proof that no impossibility can stand in your way.

Amidst racism and sheer apartheid, Nelson Rolihlahla Mandela looked beyond the harsh colonial masters and saw freedom for all in the land. He exerted his inner strength coupled with 27 years imprisonment and the rest is history. He gave his country what he saw outside the “box” that nobody else was able to perceive or they perceived it but thought it was never attainable.

What are you giving the world? What would “mother earth” remember you for? What you are looking for is never lost, it’s in you. Your society, community, village, city, state, country, tribe, color, race, and destiny depend on it.

Never settle for the “normal life” majority settle for. If you do, your great-grandchildren won’t know you ever walked the earth’s surface. You have all it takes to make the positive difference your family, community, society, state, country and world yearns for. Look in and burst out of the box. Get heard! The universe can’t wait.

Do not follow where the path may lead. Go instead where there is no path and leave a trail– Harold R. McAlindon (Author).