Trending Now
Adeboye: Some women consider it privilege to sleep...
Despite challenges, God has been good to Nigerians...
Writers save lives, solve problems says Omotosho @...
Prince Harry’s book that hit 1.2m sales in...
Ex-Apola king, Idowu Animasawun celebrates 85th birthday with missions...
Nigeria can’t make progress if the Church is...
Peter Obi: I have not promised I will...
2023 elections and the imperative of divine timing
RCCG announces Prof. Aboaba’s passage says “He is...
The Paternoster Code: Debunking the age-long misconceptions about...
Home Columnist Intimacy: Avoiding Pitfalls, Regret in Marriage by Michael West
Columnist 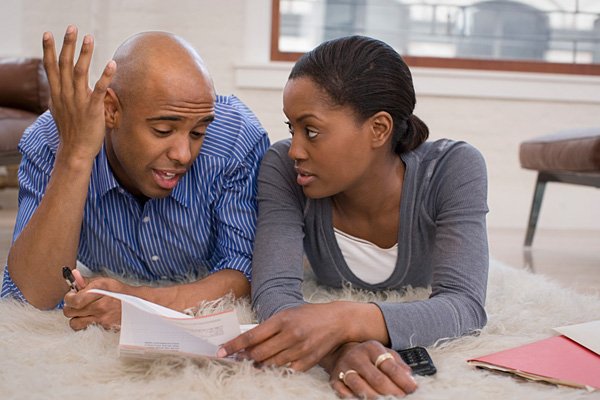 A 53-year-old widower called to complain about a single mother of three he’s proposing to marry. He said “she’s too independent-minded and she flocks with a coterie of friends that usually congregate at her place.

Besides, she likes attending social functions a lot. Yet, she doesn’t toy with prayer meetings and vigils in her church. She barely has time for herself let alone for me. But, honestly, I love her.”

In the course of our discussion, it was clear that they’re good individuals in their respective spaces but coming together as man and woman would need for them to be in close touch. Also, attitudinal and character modification processes which are only possible in courtship or intimacy should be cultivated.

That one encounters some annoying or irritating behaviours with a partner at the initial stage does not mean such individual is bad or that one would not be compatible with the person. It only shows that coming from different social and family backgrounds with mixed experiences obviously requires patience, understanding and tolerance as the impetus to adjust, modify and correct the flaws.

It takes regular communication and closeness to smoothen the rough edges of attitudinal differences and blunt the sharp edges of bad temperament, foul and caustic utterances.

This is not limited to women alone, there are complaints against men also. In fact, women complain more than men about their partners in relationships. Such complaints range from being carefree, unkempt, loose talks, quick demand for sex, being miserly, habitually failed promises, inconsistency, double-dealings, lies and lack of commitment in relationship etc.

Shortly after the Covid-19 lockdown was lifted in July 2020, a woman wanted to quit her relationship on the premise that her fiancé was laid-back in decision making. She also claimed that he’s not as romantic as she expected. It’s like he’s not ready for marriage at all considering his dispassionate disposition to the issue of consummating their relationship. The moment I asked to speak with him, she willingly obliged his contact.

Incidentally, the man said he has been a regular reader of this column. The conversation with him was warm, revealing and frank. All he had to say was that some of his fiancée’s complaints were “misconstrued and misplaced.” According to him, he was being watchful, studying her temperament, attitudes, her level of tolerance, faithfulness and how accommodating she would be in marriage.

At the end of the day, they were able to forge ahead with absolute understanding and mutual respect for each other. As you read this column, they, too, are reading their story today as Mr. and Mrs, doing well together in their marriage.

It is natural for intending couples or dating partners to understudy each other in virtually everything. The woman does not want to take chances especially if she’s been in a bad relationship or marriage before. While I agree that one should look carefully before one leaps, excessive carefulness could be counterproductive sometimes.

Some quiet, unassuming and introverted people could be deceptive because they’re more difficult to understand as one may not be able to decode or predict them while the journey is underway. Pulling a stunt that could make an innocent partner bite her fingers could happen in the marriage because they conceal their true colours with superficial calmness and fleeced innocence.

The most difficult hurdle to cross in the process of getting married is how to avoid the pitfalls of making the wrong choice. Those who have burnt their fingers in the past due to the choices they made in their previous relationships or marriages would be more careful when given another opportunity. You don’t blame them if they appear somehow reluctant or slow in yielding completely to the demands of their partners. It is a proverbial case of “once bitten twice shy.”

Marriage, by God’s original plans, is meant to be enjoyed. Bearing the yoke of agony, regret, abuse, oppression, denial etc. in marriage is a clear sign of a wrong choice. A lot of people get too spiritual about their choices and today, they’re in regret while some have quit. It is good to pray and seek the face of God about who your life partner should be but taking the natural part of the process for granted is even a worse mistake.

The Bible says that marriage is practically carnal as the couple would be engrossed in how to please each other. (1Corinthians 7: 33, 34b). In my article, “Caged in Spousal Phobia” first published in August 2018, I counselled intending couples to know themselves closely beyond spiritual validity. Most of the troubled and broken marriages were prayed about before going into them. In the article, I wrote:

“I will candidly advise that beyond prayer you should know the person you plan to marry intimately. Many people rush to pray or embark on spiritual findings about their intending spouses without knowing their character, dos and don’ts, strengths and weaknesses.

These often-ignored areas do determine the compatibility of every intending couple. I’m not downplaying the importance of prayers in the choice of life partners but beyond prayers, the intending couples should check out the character of their spouses. Therefore, endeavour to know the “real person” you desire as a life partner. Marriage is carnal (physical and romantic relationship) and not wholly spiritual. The most effective prayer while searching is to ask for God’s leading to the right choice; and (the prayers are best offered before you register a choice in mind – Genesis 24: 7, 12-15 – and) not after you have already made your choice based on your (own) criteria.”

Dating partners should never be in a hurry to skip the mandatory season of courtship. This is the familiarity period that enables them to get to understand each other, discover their areas of strengths and weaknesses as well as knowing the areas to collaborate in their individual business enterprise, talent, interest, passion, mission and vision. Any partner that pretends to support your dream at the dating level but opposes and frustrates it later in marriage cannot be trusted. This is why “moment of truth” discussions must come up at intervals during courtship to agree or disagree on everything and every issue before consummating the relationship.

We should admit the fact that single parents need a little more time to adjust to the reality of their new relationships. A woman who has been alone for years without cooking for any man, who enjoys the latitude of movement, runs her own schedules without recourse to any man may not immediately fall into a perfect match for a man just coming out of divorce or widowhood. The same thing goes for a single dad of some or many years. One should show understanding and tolerance by calling attention to the areas of laxity. This has little or nothing to do with age. It is nature. With time, mature and purpose-driven adults will adjust and be ready for a new marital journey.

Virtuous women are image boosters to their men. They easily identify bad friends and vicious family members. They could be supportive, protective and sacrificing for their men. They are more sensitive, discerning and cautious than men. Anyone that ignores his wife’s warning usually regrets it except if such warning is given based on parochial intention. They soothe those that love them and sting those that hurt them. That’s women for you!

Re: Ex-lovers and Their Cravings

It happens in all ages. That’s why my late father specifically advised that we should not marry divorced women. He believed that such a woman, at any given time, could still flirt around with her ex. He made it clear that they tend to understand each other better after divorce. To a large extent, the columnist is right. – Jumah Mubarak, Lagos.

In my view, I don’t support my wife relating with her ex except the father of her child or children on “purpose” as you rightly mentioned. We should not also allow the  magnanimity of caring for stepchildren to be taking for granted by encouraging the father to evade responsibility and reap where he did not sow in the future. That’s my take please. Nice weekend. – Bode Ojajuni, Lagos.