Trending Now
Adeboye: Some women consider it privilege to sleep...
Despite challenges, God has been good to Nigerians...
Writers save lives, solve problems says Omotosho @...
Prince Harry’s book that hit 1.2m sales in...
Ex-Apola king, Idowu Animasawun celebrates 85th birthday with missions...
Nigeria can’t make progress if the Church is...
Peter Obi: I have not promised I will...
2023 elections and the imperative of divine timing
RCCG announces Prof. Aboaba’s passage says “He is...
The Paternoster Code: Debunking the age-long misconceptions about...
Home Features Ijebu-Ife Community Grammar School: Celebrating a community legacy @ 45 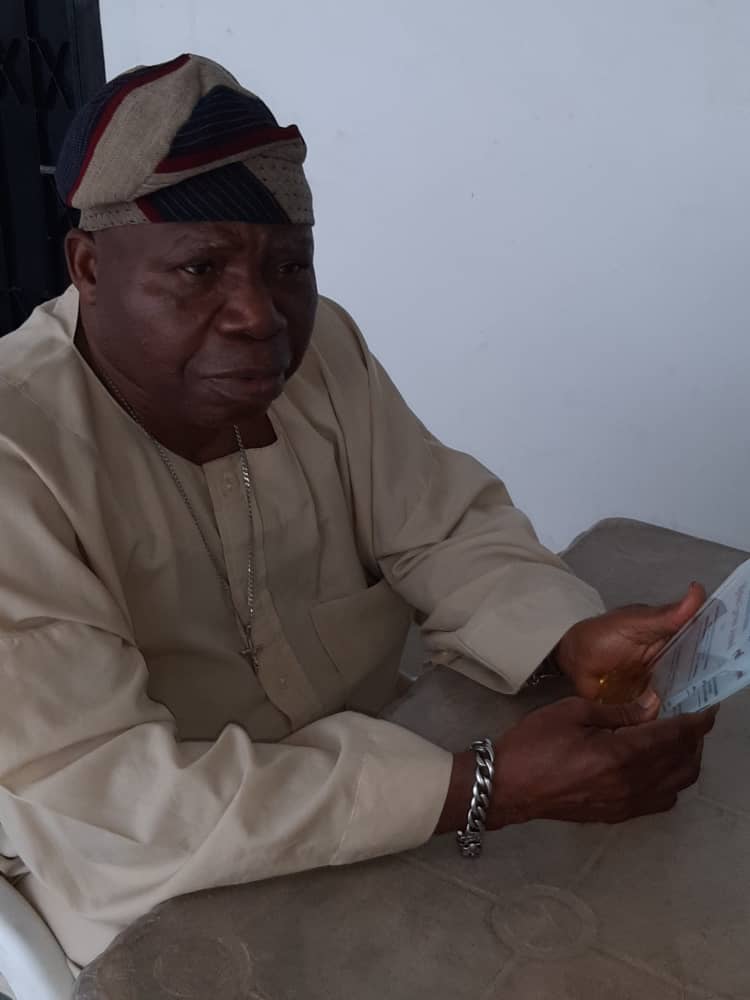 It was time to roll out the drums, reflect on the gains of the past and project for the future.  Ijebu Ife Community Grammar School, Ogun State was 45 on September 5, 2020.

But for the prevailing COVID-19 season, old students of the school would have gathered on the grounds of the school to celebrate.  That notwithstanding, they still got together via zoom to thank God for his mercies in the last 45 years. 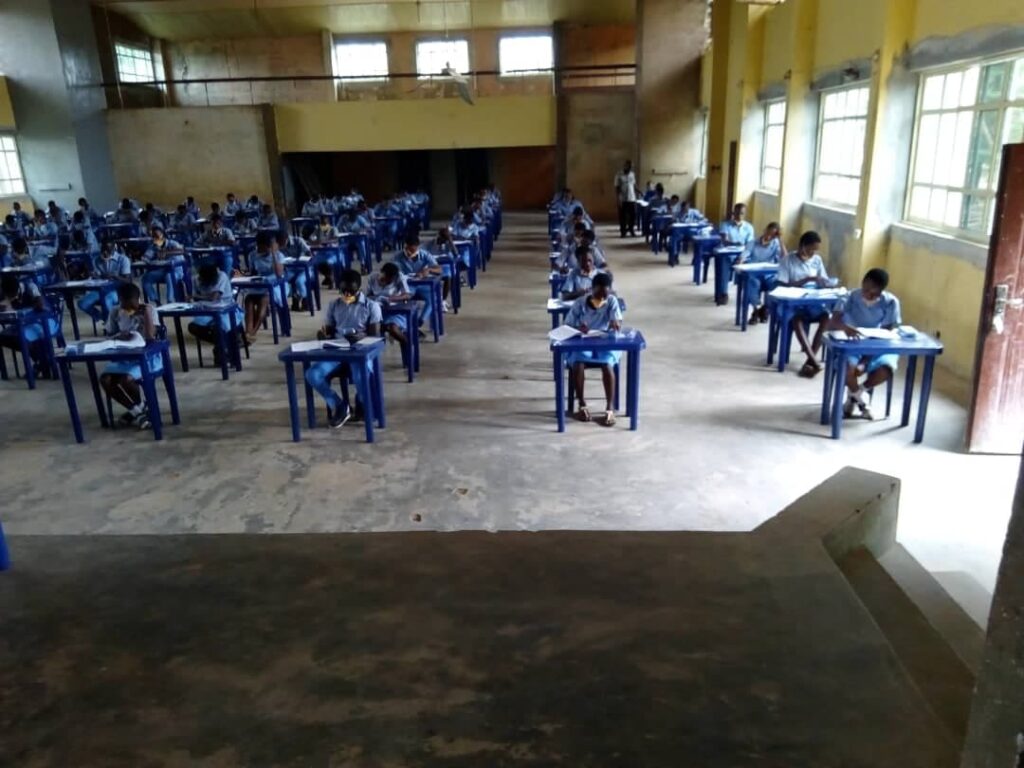 But there was no physical contact save for the trio of the president of the Alumni, Engr. Adeniyi Afolabi, Mrs. Tomi Olorunleke and Chief Olajide Adebanjo who were at the point where the zoom meeting was being hosted.

Bar. Wole Onafujabi an old student and some other old students were present on the school ground to join the zoom, while the Principal, Mr. Segun Adesanya got some of the students of the school to link up too.

Voices of the old students roared as the lyrics of the anthem sputtered from their lips. The anthem goes

Of all Ijebu-Ife heroes, there is none that can compare

Of all Ijebu-Ife heroes, there is none that can compare 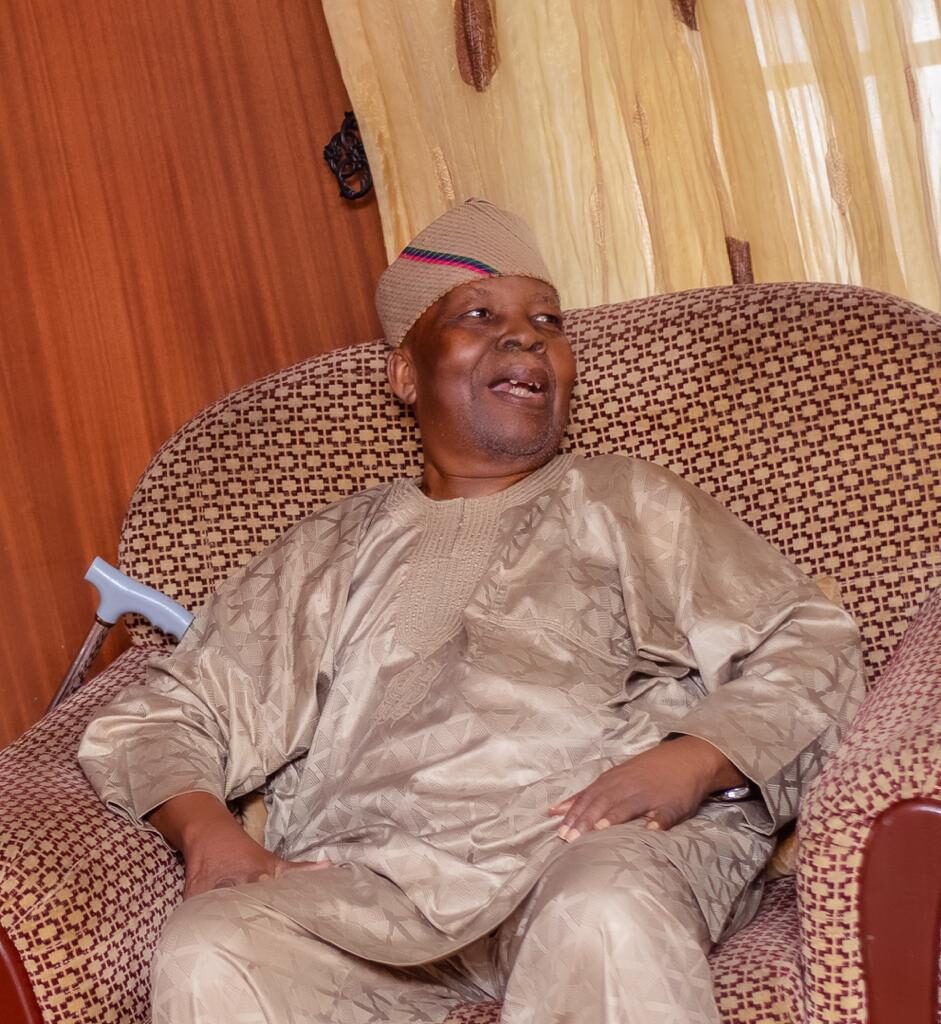 One of the school’s founding fathers, Chief Olajide Adebanjo, now in his 80s, who was on the zoom platform along with old students,  was simply overwhelmed with joy. He reasoned that the school that he and a number of future-looking kinsmen pulled resources together to start has grown to become what it is today producing successful men and women.

Adebanjo simply burst into songs when he was asked to make a speech saying he was happy to be alive to see the day. He sang the hallelujah song saying no amount of hallelujah shout would pay for the mercies of God over the years concerning the school.

The octogenarian was particularly full of thanks that he was alive to see young boys and girls he nurtured in the teething years of the school. Words literally failed him that Saturday.

Indeed, the joy of all old students of the great citadel of learning knew no bound. There are ample reasons to thank God. First that many of them could still gather to celebrate after 45 years of the school’s existence. And also for the gift of life and the great impact the school made on them.

Who would have thought a school that some practically disdained would be the hope of many young people? Apart from producing great professionals in various fields of human endeavours, the moral and spiritual impact of the school on students have since become a guiding compass years after their exit from the school.

The great feat of the old students quite enthralled Engr. Afolabi Adeniyi, President of the School’s Alumni association.  He recalled the humble beginning of the school, stating that there was every reason to thank God. 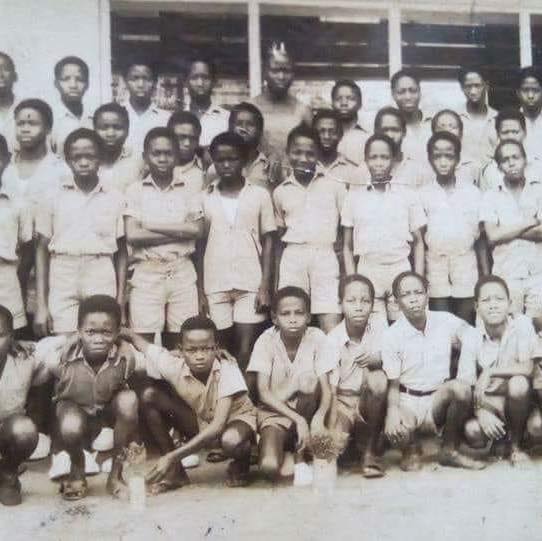 The first set of the school 45 years ago

He said, “The foundation of the school was laid in the 50s but the vision did not materialise until September 5, 1975. That was when classes started. All the first and second set of the school helped to carry sands and blocks to construct some of the buildings in the school.”

Afolabi who was among the first set recalled that Ijebu-Ife, being a predominantly Christian community, “it was compulsory for all students of the school to attend church on Sunday. The students had a choice between the Baptist Church in town and the Anglican Church.”

His speech also captured the first few staff of the school. “I recall then we had about five teachers in the first year of the school. I recall Mr. Deinde and Mr. Oluwole Kujore who were the first and second school principal. And then Mr. Segun Sosanya who took us till our 5th form.”

Mr. Sosanya, now late was noted for the outstanding way he handled students. His era was full of fury. His darting eyes and the unrelenting way he applied the rod; coupled with the pummeling of errant students was one memory no student would forget easily. Today many of those he thrashed and scared to their reading holes and morality are now doing great in different fields.

Afolabi would not forget how the school lost its first football match with Saint Anthony Grammar School, Ijebu Imusin. They lost 9-0.

The first student to come first in the school’s exams according to him was Mukaila Muji, now an engineer. Then afterwards, Idowu Alabi took over as the best student.

Afolabi, who got a Shell scholarship up to the university level having performed excellently well during his advanced level programme and who came out with a first-class in Mechanical Engineering from the University of London stressed that but for the commitment of the founding fathers, the destiny of many of the students would have been truncated.’ 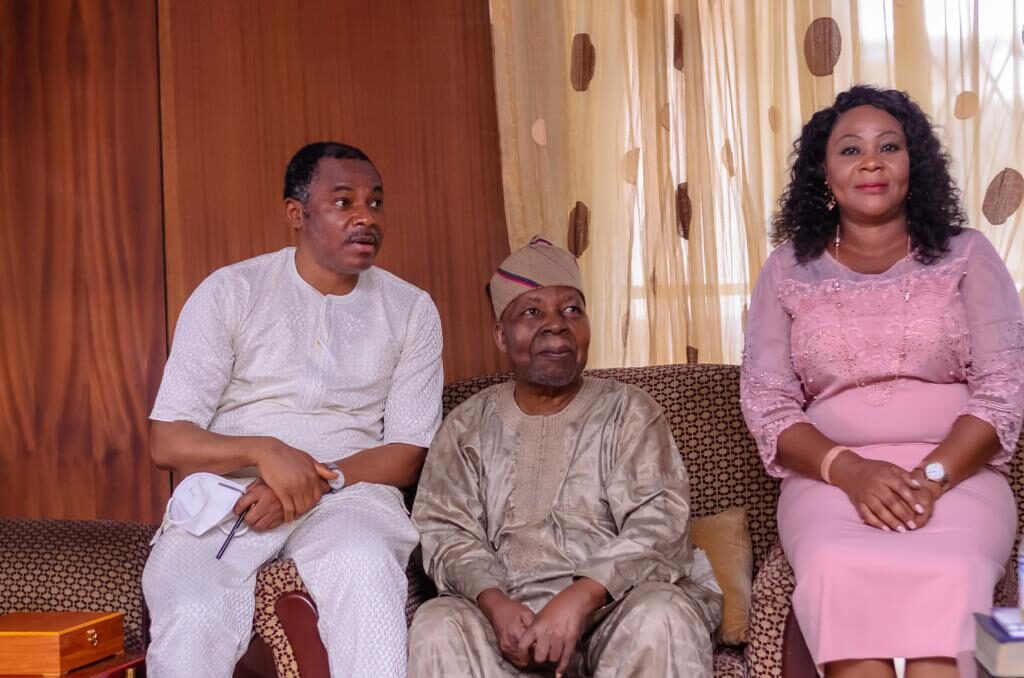 He recalled that he was the odd one during his days at the King’s College where he did his Advanced Level programme. ‘many of the students came from prestigious schools. When they heard I came from Ijebu Ife community Grammar School, they were just wondering what good thing could come out of such school.

“But through the help of God and hard work, I was able to prove my mettle and turned out to the best student in my set. I had the best result in A/Levels Mathematics in the whole of West Africa. That qualified me to win the Shell Scholarship for my university education. That was no ordinary feat. God was just on my side. Many of the old students are doing great in their various fields’ he said in a later chat with Church Times.

Old students of the school shared testimonies of how the school impacted them and how it had influenced their career. Many of them who are now doing great in different fields of human endeavours were full of praise to God and to those that God used to put the school together.

The founding fathers made a difference

Though the school has since been taken over by the Ogun State Government, it started off as a community school. Well-meaning individuals pulled resources together to build the school. It started off as a one-building campus to a campus of several buildings. At a point, it had one of the best school halls in Ogun State. There was a standard football pitch, a volleyball court, a tennis lawn and a host of other facilities.

Chief Olajide Adebanjo built the school hall at his own expense, bought a generating plant for the school and also a school bus.

Adebanjo also had the tradition of coming to school every weekend to bless outstanding students. He would come and ask questions on current affairs from students. Those who got the questions were encouraged with some cash gifts.

Beyond Adebanjo were the present King of the town, Oba Adesesan Oguntayo and Architect Adedeji Oyenuga who spent their resources to make the school what it is.

The boys’ hostel was built by Chief Oyemade the Olotu of Ijebu-Ife, another great son of the town. The community was literally immersed in the school project.

Many others that could not be named put down their resources and also make themselves available for the benefit of the school. 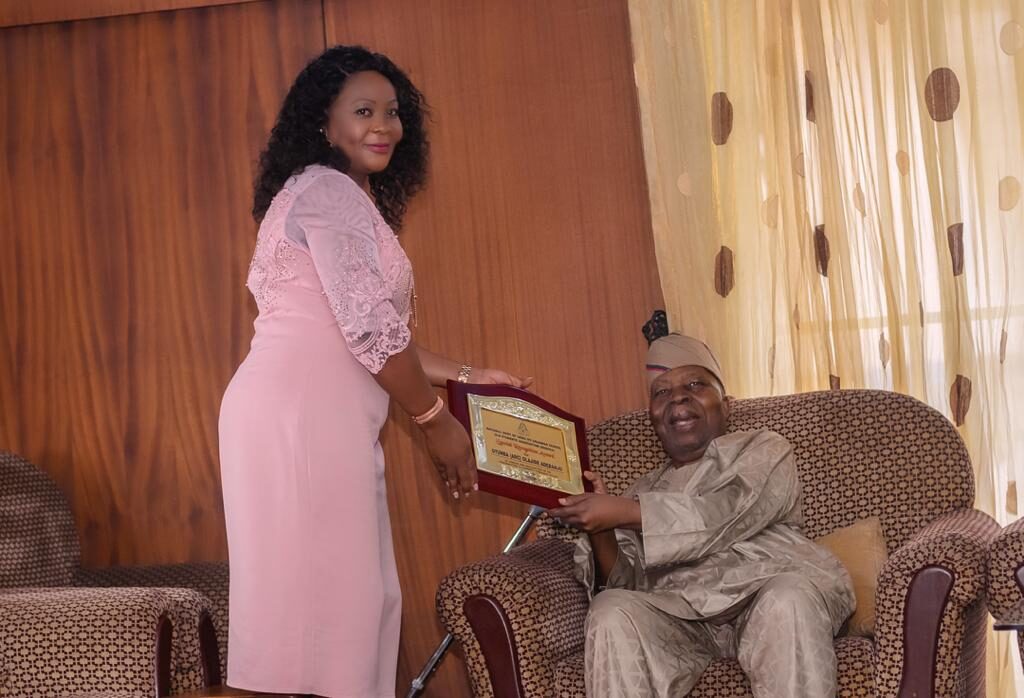 The Indian and Ghanain teachers

Though the school started with just five teaching staff, three years after it was established many expatriate teachers from Ghana and India were recruited.

The mathematics teacher then, Mr Krishna was particularly outstanding. Students were eager to get to his mathematics class. It was believed that the man had the magic wand to open the skull of all the students and pour mathematics there. About 60 percent of the teaching staff was dominated by Indians and Ghanaians at some point. This was largely because teaching was not an attractive profession in Nigeria then. 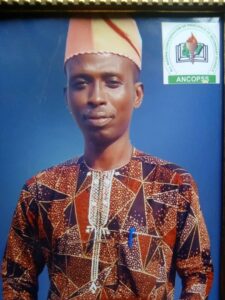 The school has however gone through several transitions. Some of the buildings have had to be renovated and managed by the contributions of the old students association.

Many of the old students feel indebted to the school. The current Principal, Mr. Segun Adesanya was full of appreciation to the old students during the anniversary. He itemized how they have intervened at various points of need. He was particularly appreciative of the yearly mentoring programme by the 82 set of the school and how several sets have been supportive in the renovation of buildings and provision of amenities for the school.

To mark the anniversary, the old students association gave Chief Adebanjo and Oba Oguntayo lifetime humanitarian awards.  Bar. Onafujabi received the award on behalf of the Oba while that of Chief Adebanjo was presented by the duo of Mrs Olorunleke and Engr. Afolabi.

In giving the vote of thanks, Engr. Kunle Adelaja, who graduated from the school in 1982 expressed deep thanks to all old students of the school who attend the anniversary. He expressed hope that the subsequent years of the event would be more glorious.

The anniversary event lasted for about two hours, but the old students spent time exchanging pleasantries on the zoom platform. It was one reunion that would live with them for a long time.

I don’t fear curses, it shows my purpose is being fulfilled- Daddy Freeze